How Art Changed in the 50 Years Since the Stonewall Riots

O n 28 June 1969, police raided Greenwich Village’s Stonewall Inn, a popular meeting place among Manhattan’s queer community. At the time, raids on gay bars were routine but this one soon escalated to become one of the most important protests in history. The Stonewall Riots, which lasted for six days and saw thousands of New Yorkers rise up against the system, were a galvanising moment in the gay liberation movement and their impact on art and society can still be felt today.

This year marks the 50-year anniversary of the riots, and New York is readying itself to commemorate them in style with a huge Pride march and a number of exhibitions celebrating the movement’s legacy of art and activism. This includes Art After Stonewall: 1969–1989, organised by the Columbus Museum of Art and now open across two sites, the Leslie-Lohman Museum and NYU’s Grey Art Gallery. 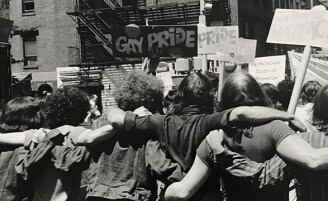 Museum of the City of New York
PRIDE: Photographs of Stonewall and Beyond by Fred W. McDarrah

“Art after Stonewall has an ambitious and important story to tell,’ says Tyler Cann, one of the exhibition’s curators. “Through the work of about 165 artists and artist-collectives, the exhibition explores the impact of LGBTQ liberation movements on art and visual culture in the two decades after the Stonewall uprising.” The exhibition will focus not just on the leading figures but also on lesser known artists as well as posters, newspapers and music from the movement, he explains. “Most of the artists in the exhibition are little known and part of the vision for the show – largely driven by our guest curator Jonathan Weinberg – was to challenge the hierarchies of media and taste.’ 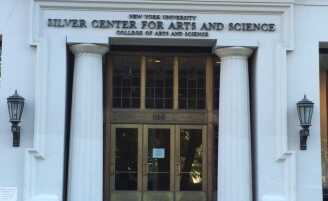 Works of art can act as powerful memorials and this exhibition demonstrates how the enormous creative output of the LGBTQ community prevented Stonewall from fading in public memory, says Tyler. “[These artists] helped create the various forms of queer identity we recognise today … Without culture and narrative to help bind people together, would the struggle for equal rights have achieved quite so much in the last 50 years? I find it hard to imagine.”

Highlights of the exhibition include works by Peter Hujar and Thomas Lanigan-Schmidt, whose Allegory of the Stonewall Riot (Statue of Liberty) Fighting for Drag Queen, Husband and Home, 1969, Cann describes as, “a treasure – it's a small but significant work, particularly as the artist was right there inside the Stonewall Inn when it was raided.” Other major works include Harmony Hammond’s Duo, 1980, Robert Gober’s Untitled Closet, 1980, Kate Millet’s Approaching Futility, 1976, and Martin Wong’s Big Heat, 1986. Split between two venues in New York, the show will be reunited when it travels to Miami and Columbus later this year.

Art After Stonewall is a testament to the power of art and culture to bring people together to change the world they live in. It promises, explains Cann, to be a fitting tribute to this important anniversary as well as a call for the struggle for equality to continue. “We hope that people also see this show as a corrective, in its way, to legacies of marginalisation, particularly of transgendered people, women, people of colour, and those at the intersections of these and other categories.” He continues, “There’s always more work to do in that direction of course. For all the progress that has been made over the last 50 years, the issues that ignited the Stonewall Inn are no less urgent today.” 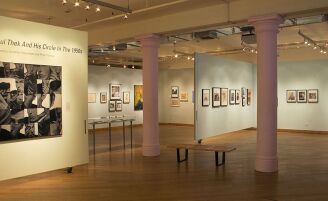 Nobody Promised You Tomorrow: Art 50 Years After Stonewall, Brooklyn Museum, 3 May–8 December

PRIDE: Photographs of Stonewall and Beyond by Fred W. McDarrah, Museum of the City of New York, 6 June–31 December 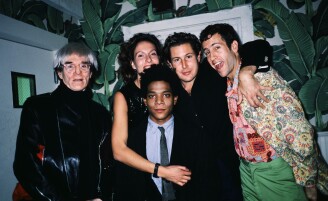 The Whitney
Andy Warhol’s New York: Then and Now