George And Mabel: An Unlikely Romance

G eorge Orwell first met Mabel Fierz (1890-1990) in the summer of 1930 on a beach in Southwold, where the amateur watercolourist had set up his easel. On the surface, it was an unlikely relationship: Mabel – out walking with her husband Francis - was thirteen years older than the young man whom she now engaged in conversation on the Suffolk Strand. She was married and had two pre-teenage children. Orwell was an aspiring writer in his late twenties, more or less penniless and with highly uncertain prospects.

But this brief encounter on the beach soon established that Orwell and Mrs Fierz, who described herself as ‘a restless woman’, had interests in common. Both of them were associated with a small-circulation but ferociously high-brow monthly magazine called The Adelphi. They turned out to have mutual friends, and on his visits to London Orwell quickly became a regular visitor to the Fierzes’ house in Oakwood Road, Hampstead Garden Suburb, from which several of his letters in the early 1930s were addressed.

Francis Fierz was the director of a steel-manufacturing concern with a fondness for Dickens and Jane Austen. Determined, self-willed and with a somewhat exotic past behind her - she had lived her early life in Brazil – his wife Mabel took a shine to Orwell. Over the next few years, her efforts on his behalf would extend to finding him teaching jobs in the West London suburbs and flats to live in, accompanying him around down-market London pubs in search of material that could later be incorporated in his first published book, Down and Out in Paris and London (1933). She even smuggled back a copy of James Joyce’s Ulysses (then banned in the UK) on the boat from Antwerp after a family holiday.

'Orwell, in one of the melodramatic gestures of which he was so fond, told Mabel to destroy [the manuscript] - but to keep the paperclips'

She also played a decisive part in Down and Out’s tortuous path to publication. Orwell had started working on the book after his return from Paris in the winter of 1929. Progress was slow, and by the end of 1931 the manuscript, then titled A Scullion’s Diary, had twice been rejected by the firm of Jonathan Cape. When it was turned down for a third time by T.S. Eliot at Faber & Faber, Orwell, in one of the melodramatic gestures of which he was so fond, told Mabel to destroy it - but to keep the paperclips.

Happily, Mrs Fierz was made of sterner stuff. Her husband knew a literary agent named Leonard Moore, a parter in the firm of Christy & Moore, to whom Orwell had already been introduced. Instead of following Orwell’s instructions, she took it to Moore’s office in the Strand, urged him to read it and followed their meeting up with a letter singing its praises. Her hunch paid off: Moore sold the book to Victor Gollancz, who published it a few months later. Mabel was in Southwold, the home of Orwell’s parents, on publication day, and noted the lack of excitement shown by his rather strait-laced family, who ‘didn’t seem to show much enthusiasm.’

Orwell had other fans among the Fierzes. Adrian, their son, remembered him as a ‘wise and kind person’ who talked to him as if he were an adult, played cricket with him and introduced him to Sherlock Holmes and P.G. Wodehouse. His emotional dealings with Mabel are shrouded in mystery.

There was certainly a physical relationship, but it is impossible to chart its course with any certainty. Before her death at the age of 100, Mrs Fierz gave several interviews in which she discusses their association. But by far the most revealing dates from the late 1970s when, at the age of 89 she agreed to talk about him to some family friends.

Given that Orwell had been dead for nearly thirty years, the tone is surprisingly bitter. ‘He was worthless, believe me’ she insists at one point, going on to add that ‘I fell for Orwell. I wish to God I hadn’t.’ Francis Fierz is commended for tolerating the affair, but there is no way of knowing how long it lasted. Mabel maintains that it was broken off when Orwell decided to marry his first wife, Eileen O’Shaughnessy, in the spring of 1936, but most of the evidence suggests that Orwell had already transferred his affections elsewhere several years before.

She also seems to suggest that this was a final breach between them, whereas we know that he kept up with her family for at least the next half-decade: Adrian Fierz remembered Orwell attending his wedding in the early 1940s. Whatever passed between them, the fact remains that Down and Out in Paris and London would probably not have been published – or certainly not published so quickly – without her involvement. Similarly, without her management, his life in the early 1930s would have proceeded along a very different track.

The signed first editions of A Clergyman's Daughter and Down And Out In Paris And London are included in the online sale Books and Manuscripts: 19th and 20th Century, closing 14th December. 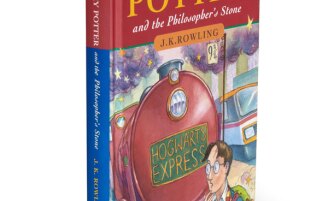