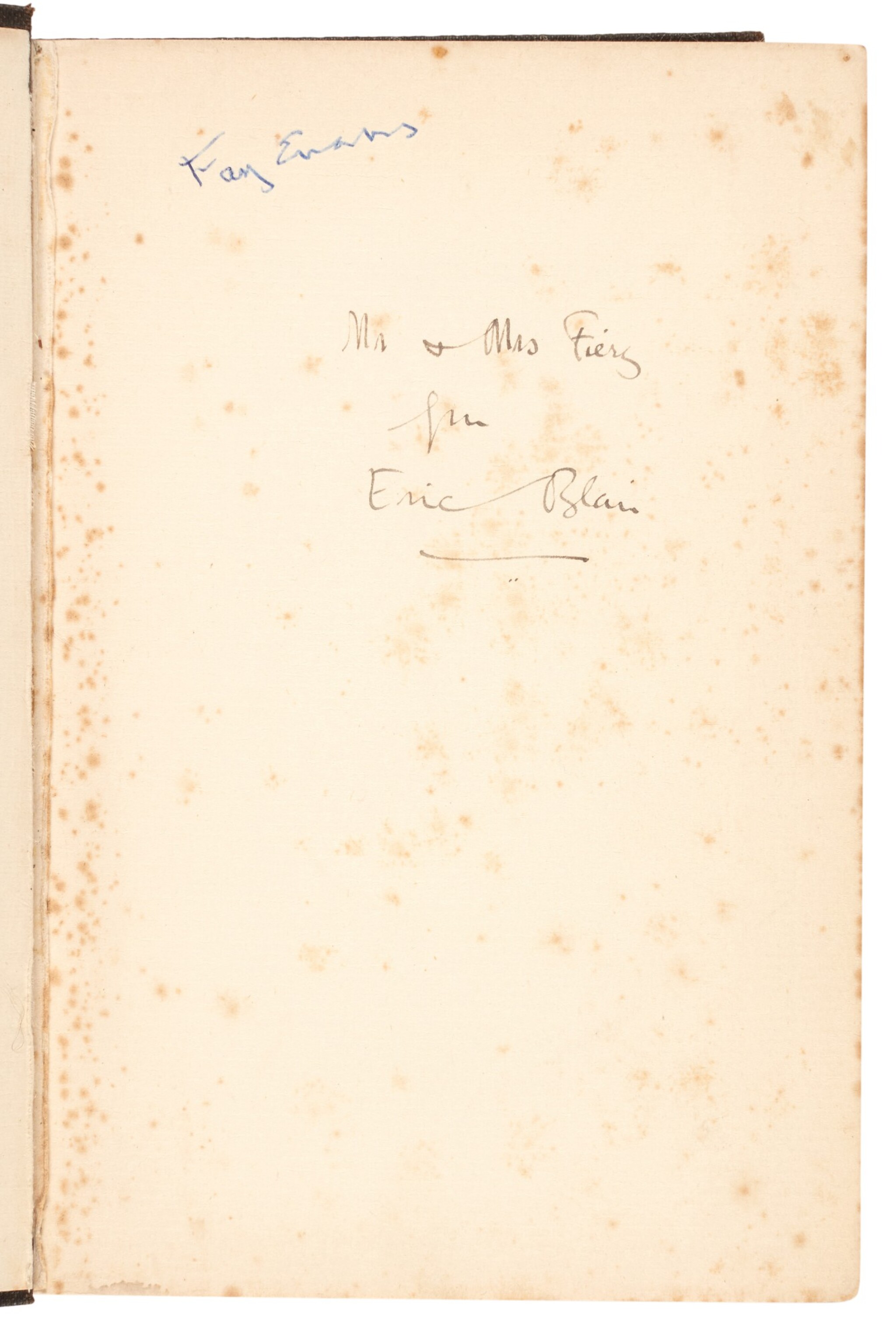 AN EXCEPTIONALLY RARE PRESENTATION COPY OF ORWELL'S SECOND NOVEL. We have no record of any other inscribed copy of this novel having been offered for sale on the open market. This copy is inscribed to Mabel Fierz and her husband Francis (See lot 113). Orwell had an affair with Mabel Fierz in the early 1930s which, as she recalled in a 1979 interview, her husband either "pretended not to see or didn't see." By 1935, however, the relationship had settled into a friendship with both husband and wife.

A Clergyman's Daughter draws extensively on the author's personal experiences, in which Mabel Fierz was closely entwined. In 1932 she had got him a job teaching in a small private school in Hayes on the edge of West London, and Orwell used that experience when describing Mrs Creevey's academy in Chapter 4. Although former students were later to recall Orwell with fondness, he described leafy, middle-class Hayes as "One of the most God-forsaken places I have ever struck" and came to despise the way that profit corroded the educational ethos at fee-paying schools: "It's the fees I'm after," says the proprietress of his fictional school, "not developing the children's minds".

A Clergyman's Daughter is Orwell's most formally experimental work. The scene in Trafalgar Square, written in dramatic form, owes much to the 'Circe' episode of Ulysses - a book which Mabel Fierz had obtained for him by smuggling a copy from Antwerp (although she later recalled with some annoyance that Orwell had promptly tried to sell it). The book was published in an edition of 2,000 copies on 20 March 1936. It was respectfully reviewed but Orwell, always critical of his own writing, professed himself deeply unhappy with A Clergyman's Daughter, which is perhaps why inscribed copies are so rare. He refused to allow its republication by Penguin in the 1940s.