Bono and (RED)'s Mission to Bring an End to AIDS

T here's a little chapel in Vence, in the South of France, that transports me in a way that the expanse of even a wondrous cathedral can't quite manage. It's designed by Matisse. When I visit, which is as often as possible, I can't stop my voice from singing. But the real show in Vence, the real performance, is not what you hear, but what you see... what Matisse called "the music of the light reflections" playing on the white Carrara marble floors. Even when you look down you feel uplifted.

This comes to mind as I think about and lose myself in the work of Theaster Gates and Sir David Adjaye. Theaster, of Chicago's South Side, and Sir David, of London by way of Accra, Ghana, traffic in the heaviest, most solid materials – steel, slate, marble, wood – but one of the most important elements in their work is actually something immaterial: light. Which brings something transcendent: illumination.

Hope can thrive in the absence of light but other things can, too, not all of them good; some do their deadliest work in the shadows

Light, by design, finds and floods its way through screens and skylights into Sir David's buildings: in the patterned reflections on the interior walls of the Stephen Lawrence Trust Centre in London; in what he calls "light chimneys" that bring the brightness down along paths he learned in North Africa. Theaster, in his work, is thinking not just about light but its absence, about communities and cultures that have been overlooked and unseen. 'If blackness has something to do with the absence of light,' he says, 'then I've been telling younger artists to do things in the absence of light. Be black about it; do things in the absence of light, so that when the light comes you can be strong enough to say yes.'

Hope can thrive in the absence of light but other things can, too, not all of them good; some do their deadliest work in the shadows. The AIDS virus is one. In the earliest days of the crisis, in places like the US and Europe, the stigma on gay men and their 'gay disease' forced them to live, and die, in darkness and despair... If society, politicians, the press saw these victims at all it was to look down on them and then, again, look away.

So isn't it miraculous, in a science-based sort of way, that 30 years later we can talk credibly about ridding the planet of this virus, about writing the ending chapter in this greatest health crisis of the last 600 years? That possibility is one of the reasons that Sir David and Theaster have teamed up with (RED), Sotheby's, Gagosian and rockstars (all of us, it is clear, are art and architectural groupies). But there's another reason they've come on board, which is that these two artists and all the others whose pieces will be sold in this auction share a sense of jeopardy; they see as I do the perverse irony that as we've gotten closer to the end of this story, the world's interest in it is slackening, and with that its support. The world is investing 20 percent less than what's needed to end the AIDS crisis by 2030. Some of these countries have stopped even making excuses.

The light these artists emit, Theaster and Sir David, can help stop AIDS from slipping back into the shadows, whether in a place like Chicago or in sub-Saharan Africa. They'll be shining that light (and giving the proceeds to the Global Fund and the Rebuild Foundation) on treatments that work, anti-retroviral treatments that save millions of lives, but that also need to save millions more, starting with the 15 million who are infected with HIV, who need ARVs, but cannot get them because they cannot afford them.

To reckon with this will take a ruthless creativity paired with the public-mindedness that both these men have in abundance. Indeed, for all his erudition and the 'Sir' affixed to his name, David Adjaye is drawn to brutal themes, tough themes, tough love, practical solutions. He builds affordable housing, and throws in a museum for kids that is really an art workshop that is really a gateway to opportunity. David Adjaye is not shy about his ambition to turn public buildings into sacred objects, to create work that 'enhances the public life,' and why should he be.

Meanwhile Theaster is approached by his city of Chicago – that magnificent if troubled city where he was born; a city where he once was (and will always be) an urban planner; a city he has seen more sides of than there are sides. And he's approached by the city because ash trees are dying by the thousands, killed by beetles; is there anything you can do with these, Theaster? And his answer is this: let's build a sawmill. Let's train people in woodworking. And let's make big heavy furniture to go in neighborhoods where lives are heavy... public furniture, which is also art, a fixture on the block, too heavy to steal.

Of course this is a man who has said that 'the craziness' in Chicago 'made my art problem bigger' and he welcomed that; it 'made the work need to do more.' And it does, in his buildings, repurposing what was once condemned, filling it with mysteries, meditations, illumination. This is a man strong enough to say yes.

Are we, though, you and me?

Not every song is a protest song, and not every work of art shouts its politics from the stoop. But every piece in this catalogue is here because their creators and curators were willing to join the fight to bring an end to AIDS, and to let in the light and make its music be heard. 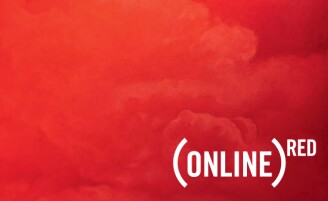 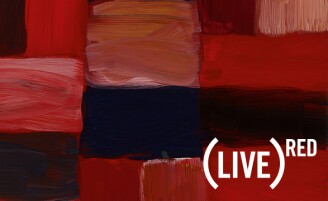