7 Things You Need to Know about Man Ray's Readymades

T hree sculptures by Surrealist master Man Ray will be offered for sale in the upcoming Impressionist & Modern Art Day Sale in London on 1 March. Ahead of the auction, we take a look at the artist's methods and motivations.

1. Man Ray was born Emmanuel Radnitzky in Philadelphia in 1890, but spent the majority of his career in France, where he played an integral part in both the Dada and Surrealist movements, and thus, in the story of Modernism. Man Ray created some of the most important works of the period, and with a legacy stretching far beyond the years he was active. By the time he made his way to Europe in 1921 he was already a celebrity in the New York art world, and it was a fascination with Europe as an epicentre of innovation in the arts that drew him to Paris.

2. The term Readymade was first introduced on to the international art stage by Marcel Duchamp in 1913 when he declared that an existing object could become art if an artist selected, modified and presented it as such, assigning it with a new purpose and an elevated significance in the context of a gallery. Perhaps his most famous work, Fountain (1917) is widely considered to be the inception of Conceptual art. Whilst artists working today owe Duchamp a debt of gratitude, his friend and contemporary Man Ray was present during Duchamp's initial explorations and further developed this philosophy in his own work, producing several series of small sculptures using found objects. With Man Ray's adoption and development of this idea, Duchamp's contribution to the story of Modern art was cemented.

3. Man Ray's circle of friends and contemporaries in Europe included Marcel Duchamp, Francis Picabia and his lover, photographer Lee Miller. The composer, Erik Satie, was also a close friend, and was present when, on the eve of his first solo exhibition in Paris, Man Ray marched in to a hardware store and spontaneously bought the iron and nails that he used to create Cadeau (1921) — his first foray in to the world of the Readymade. A replica of this work can be seen in the Tate collection, alongside the similarly iconic Fountain by Marcel Duchamp.

4. Man Ray was a central figure in the Surrealist art movement and responsible for some of the most famous images of the period. Whilst he worked extensively with photography, his Readymades were an important component of Man Ray's practice throughout the 1930s and 1940s. Surrealism challenged many governing principles of artistic production with many artists experimenting with different mediums, often combining materials to create mixed media works. Man Ray's Objet à détruire (Object Indestructible) demonstrates this philosophy perfectly: a sculpture made from a metronome, with the photographic element using an eye, a motif that he returned to time and again. Many of Man Ray's original sculptures were destroyed and only exist as a photographic record, further reinforcing the blurring of these two mediums.

5. Man Ray’s works were very often characterised by an innate humour that allowed him to comment on absurdities in the world around him — through an exploration of visual language, recurring motifs and word play. The Surrealists were particularly interested in using satire and antagonism to question the definition of a work of art. Within this, Man Ray using his considerable talents as a painter, film maker, photographer and maker-of-objects, to further the cause of the avant-garde.

6. As far as his objects and Readymades were concerned Man Ray made replicas whenever necessary, proposing that: "I have no compunction about this — an important book or musical score is not destroyed by burning it. Only a collector who was acquiring the object for speculative reasons would hesitate to add it to his collection... An original is a creation motivated by desire. Any reproduction of an originals motivated be necessity. It is marvellous that we are the only species that creates gratuitous forms. To create is divine, to reproduce is human."

7. Man Ray often made objects that alluded to earlier works in his diverse repertoire. The eye in Objet à détruire (Object Indestructible) is taken from a photograph of Lee Miller; Man Ray modified the work to include this a year after Miller left him, and the title of Emak Bakia is the same name as an avant-garde film that Man Ray made in 1925-26, fusing elements of Dada and Surrealism, and which featured the original object. 'Emak Bakia' was the name of the villa in which the film was shot and translates from Basque as 'Leave me alone'.

Man Ray is at the Bank Austria Kunstforum Wien until 24 June 2018. 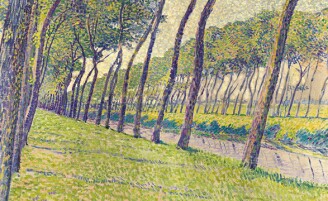