What is Pop Art?

Pop Art describes an art movement that emerged in the 1950s and ‘60s in Britain and America, so named for its appropriation of imagery and techniques from popular and commercial culture. Representing a radical departure from the prevailing approaches to “high art,” pop artists introduced the everyday and accessible – advertisements, product packaging, pop music, comic books and Hollywood movies – into the vernacular of the fine arts. The movement first originated in London in the 1950s, where the Independent Group, an important precursor to British Pop Art, began to reflect on the accomplishments and excesses of American popular culture in the post-War years. In the States, Pop Art rose to prominence against the backdrop of the enormous political and cultural shifts of the 1960s. Looking to the readymades of Marcel Duchamp and the Neo-Dadaism of Jasper Johns and Robert Rauschenberg, emerging Pop Artists rejected the Abstract Expressionist style that had dominated the art scene of the 1950s. Favoring hard edges over painterly looseness, mundane imagery over individualistic abstraction, irony and wit over earnest expression, and mass production over heroic methods, the Pop Artists pioneered a vital shift in the trajectory of 20th century art.

Characteristics and Style of Pop Art

While British Pop Art, in which American pop culture is viewed from a distance, exhibits more academic tendencies, American Pop Art is characterized by its immediacy and aggression, with bold colors and hard edges emphasizing a sense of ironic detachment.

What is the legacy of Pop Art?

Pop Art’s introduction of “low” subject matter and its novel techniques of production and presentation can be understood as a pivotal turning point in 20th century art, and one of the first manifestations of postmodernism. Breaking from the elitism of Abstract Expressionism, this new, more democratic mode of expression relied on accessible iconography and shared cultural reference points. With an influence extending beyond the US and Britain, Pop Art reflected an international zeitgeist; contemporary counterparts sprung up in Germany, France and Japan, and by the early 1970s, in Socialist Russia. Beginning in the 1980s, Neo-pop artists like Keith Haring, Jeff Koons and Takashi Murakami would revive the ideas of Pop Art in a postmodern context.

Who are the Pop Artists?

Pop Art originated in the mid-1950s with members of the Independent Group, notably Richard Hamilton and Eduardo Paolozzi. A later wave of artists, including David Hockney and Peter Blake, were included in the seminal Young Contemporaries exhibition of 1961 and would take up the mantle of British Pop Art.

Although the movement first emerged in Britain, the London-based Pop Artists were soon overshadowed by their American counterparts. Among them, Andy Warhol is certainly the most influential figure. Beyond his experiments in silkscreening, photography, film, and sculpture, Warhol translated the ethos of Pop Art to an entire lifestyle. Others are nearly as iconic: Roy Lichtenstein, best known for his comic book-style paintings, defined the premise of Pop Art through parody; Claes Oldenburg’s oversized replicas of everyday objects offer a playful commentary on consumer culture.

The Pop Artists at Auction

The Pop Artists at Auction

Have Something to Sell?
Wonder how much your art or object might be worth and how to sell it? Simply follow the steps below and Sotheby's will recommend the best approach for selling your item. 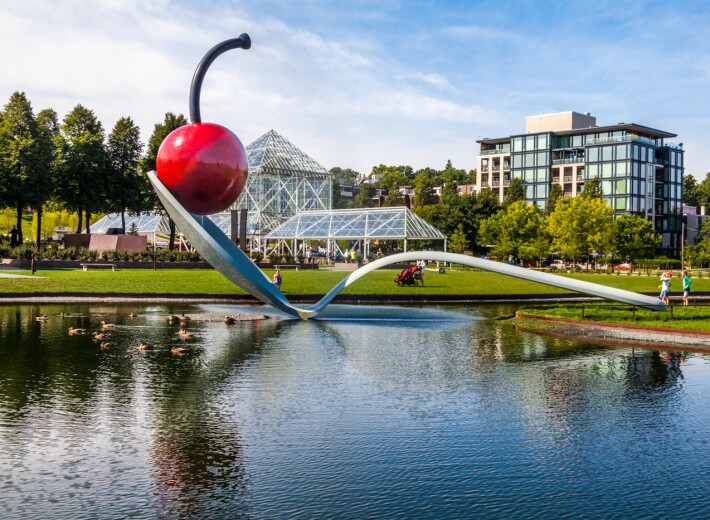