By Sotheby's
For S|2 London's exhibition, Andy Warhol: Heaven and Hell Are Just One Breath Away! which is open from 8-28 February, here are 21 facts about Pop Art's most famous son.

2. The blank right-hand side of Warhol's Silver Car Crash (Double Disaster) mimics the breaking of a strip of projected film and the loss of consciousness upon death.

3. In 1964 the Castelli Gallery showed Warhol's Flowers series, a theme the artist selected in part because the art dealer Ileana Sonnabend sensed New York collectors' resistance to his early Death and Disaster paintings, which had been more popular in Europe. 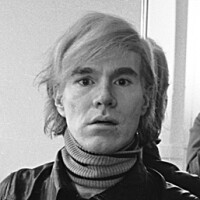 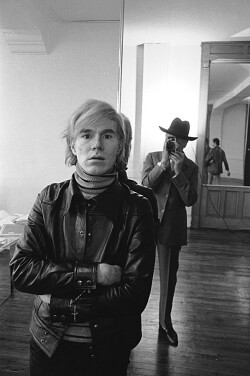 4. Warhol started to paint depictions of Elizabeth Taylor when the actress became ill while filming Cleopatra and the artist believed she might die.

5. Warhol struck upon series paintings as a way to draw attention at galleries, and to distinguish himself from fellow Pop figure Roy Lichtenstein. 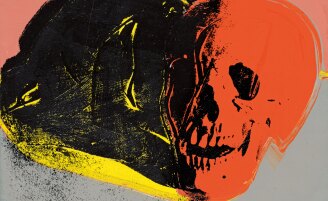 7. In 1962, a first solo show in New York featured Warhol's earliest depictions of Marilyn Monroe – and sold out.

8. The Factory had three locations; the original site was called the Silver Factory thanks to walls covered in foil and metallic paint. 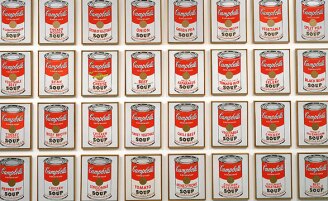 9. Warhol had long had premonitions of a violent death, which almost came to pass when Valerie Solanas shot and nearly killed him.

10. After Warhol was shot, he made works in which he figured as a living symbol of death, including depictions of skulls.

14. Warhol's 1988 estate sale at Sotheby's netted $25 million for the then-fledgling Andy Warhol Foundation for the Visual Arts – including nearly $250,000 for Warhol's collection of 175 ceramic cookie jars.

15. In November 2009, 200 One Dollar Bills became the top-selling Warhol work ever auctioned at Sotheby's, fetching $43.8 million, more than three times the high estimate of $12 million.

16. Warhol originally painted Double Elvis (Ferus Type) in 1963 for a show at the Ferus Gallery in Los Angeles, where director Irving Blum cut and stretched the canvas himself.

17. Because of their scarcity and the tragedy and glamour of their topic, canvasses in Warhol's Marilyn series are among the artist's most coveted.

19. Of the four largest canvasses in Warhol's Death and Disaster series, one was featured in Sotheby's New York Contemporary Art Evening auction 2013; the other three belong to prestigious museum collections.

20. Warhol likened his process of executing silk-screened canvasses to the workings of a machine.

21. Two Warhol works for sold in the Contemporary Art Evening sale in New York in 2013 shared a car-crash theme – the subject of Liz #1 (Early Colored Liz) played a character who dies in an auto accident on film, 5 Deaths on Turquoise depicts the aftermath of a fatal collision – and a provenance, having both been owned by the art dealer Ileana Sonnabend. 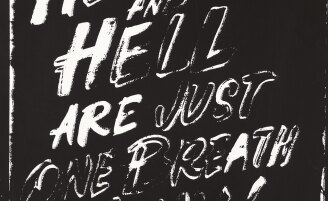