The upcoming Russian Works of Art, Fabergé & Icons sale features a treasure trove of items exemplifying the most complex and delicate of Russian craftsmanship. Click through for highlights including a beautiful bronze bogatyr figure and an imposing gilded porcelain vase. 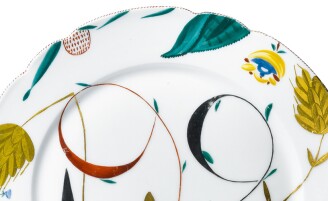