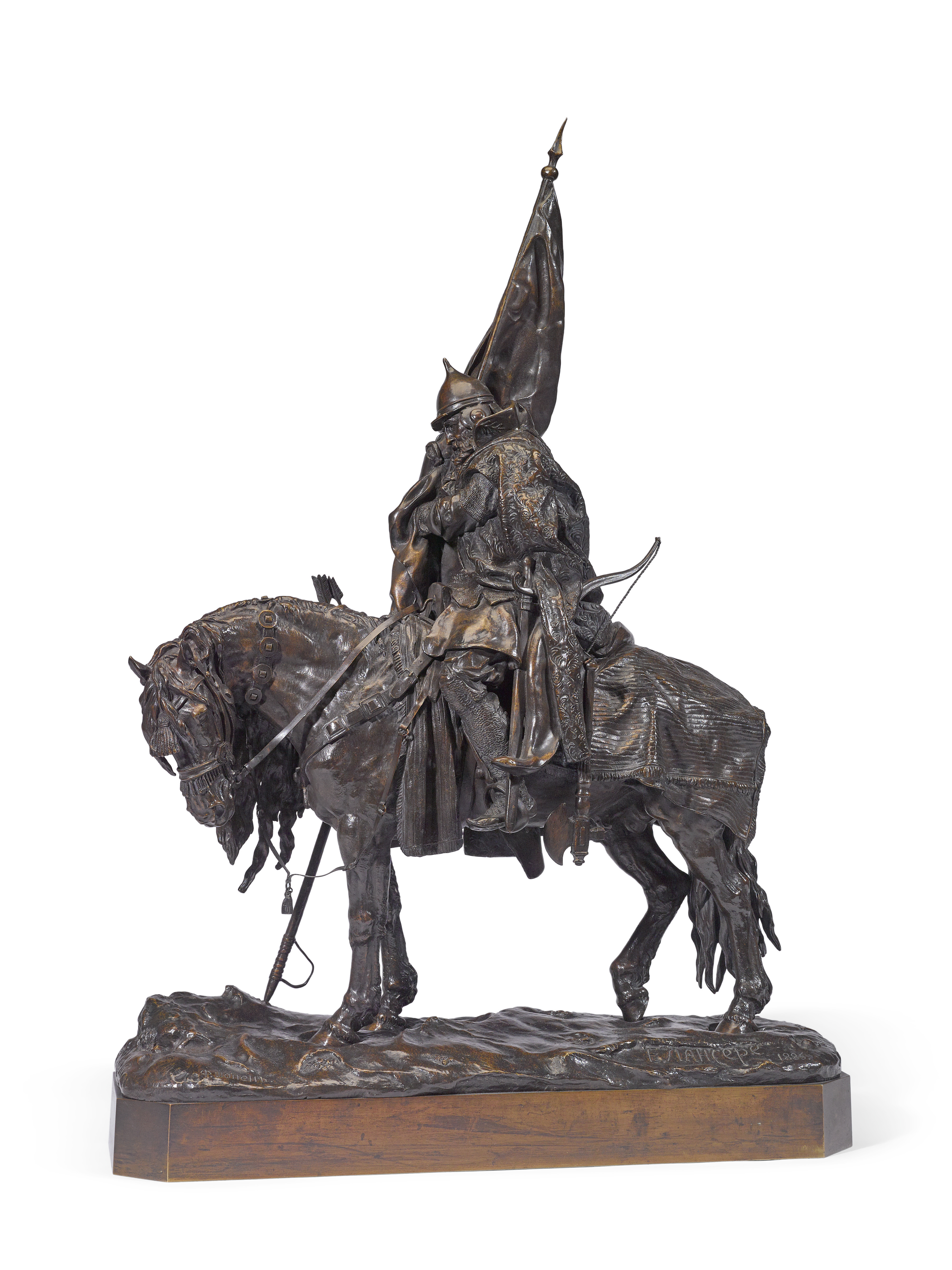 dated and inscribed in Cyrillic 'E. Lansere' and 'F. Chopin'

Overall in very good condition; with two of the arrows missing.

Evgeni Lanceray’s Bogatyr (1885) belongs to the canonical depictions of Ilya Muromets in Russian art and was most likely inspired by the monumental painting The Knight at the Crossroads by Viktor Vasnetsov (1882, presently in the collection of the State Russian Museum, Saint Petersburg). This impressive bronze captures Ilya Muromets caught in the dramatic moment of choosing his uncompromising destiny: “If I go to the right, I will be rich; if I go to the left, I will be married; if I go straight ahead, I will be killed…” The hero chooses the last option; faithful to his calling, he chooses freedom and dignity over the fleeting pleasures of mortal life.

The Russian Revival style of the late 19th century rediscovered the heritage of traditional myth and fable. Bogatyrs, the legendary heroes, were holding Russia’s burgeoning national idea on their shoulders, and Ilya Muromets was an incarnation of the Russian spirit with his enormous power, tremendous courage and, at the same time, endearing humility.

The similarities between Vasnetsov’s picture and Lanceray’s sculpture are distinct, from the overall romantic mood of the pensive bogatyr to the compositional structure of the horseman holding a lance. The lovingly elaborated details, from the intricate folds of the traditional dress and chainmail to the emotional expressions of both the rider and the horse, make this portrait perhaps one of the most psychological works in Lanceray’s oeuvre.