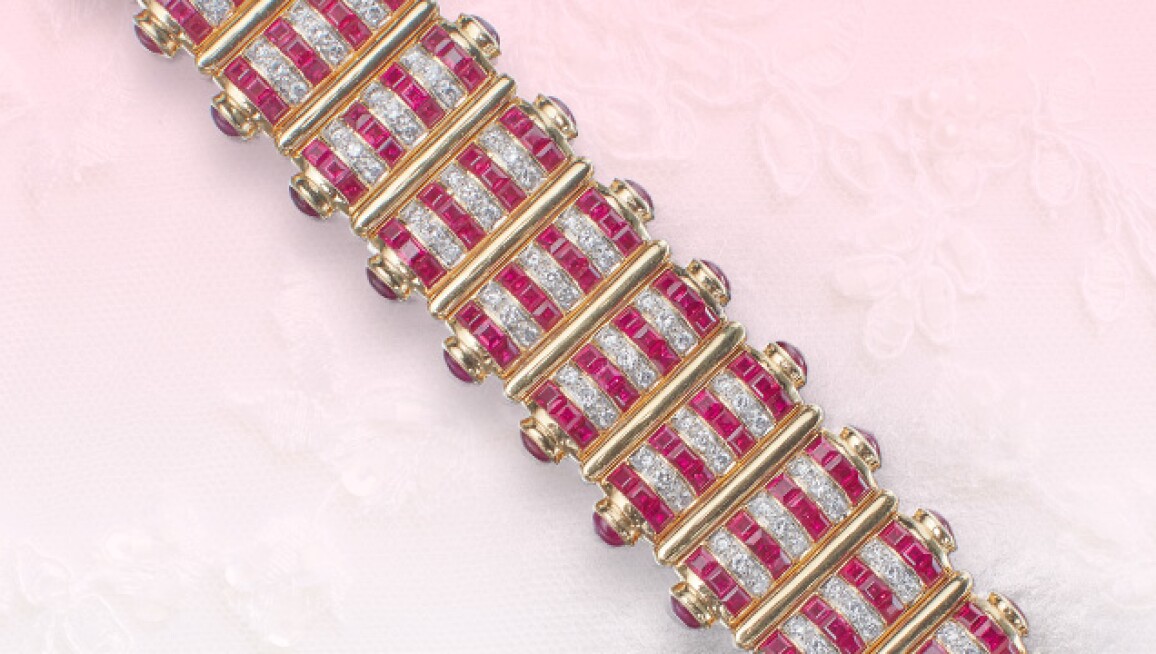 Red: the colour of passion and power, fire and blood. With its symbolic significance and radiant hue, the ruby is among the most valuable and commanding precious stones. Whether in ancient India, medieval Europe, or the Golden Age of Hollywood, different eras have coveted rubies not only for their hardness and durability, but also their associations with vitality and wealth. Virtually identical to sapphire in all properties except colour, ruby is a variety of the corundum mineral species. In its purest form, corundum is colourless, but the trace element chromium produces the red tone. While richly toned gems like garnet and spinel are often mistaken for the stone, genuine rubies are far more rare and valuable. In honour of July’s birthstone, click ahead to see some of the most stunning ruby jewels ever sold at Sotheby’s, including the world auction record, as well as four upcoming lots. –Stephanie Sporn