Artists Unite to Secure the Future of Tigers in the Wild 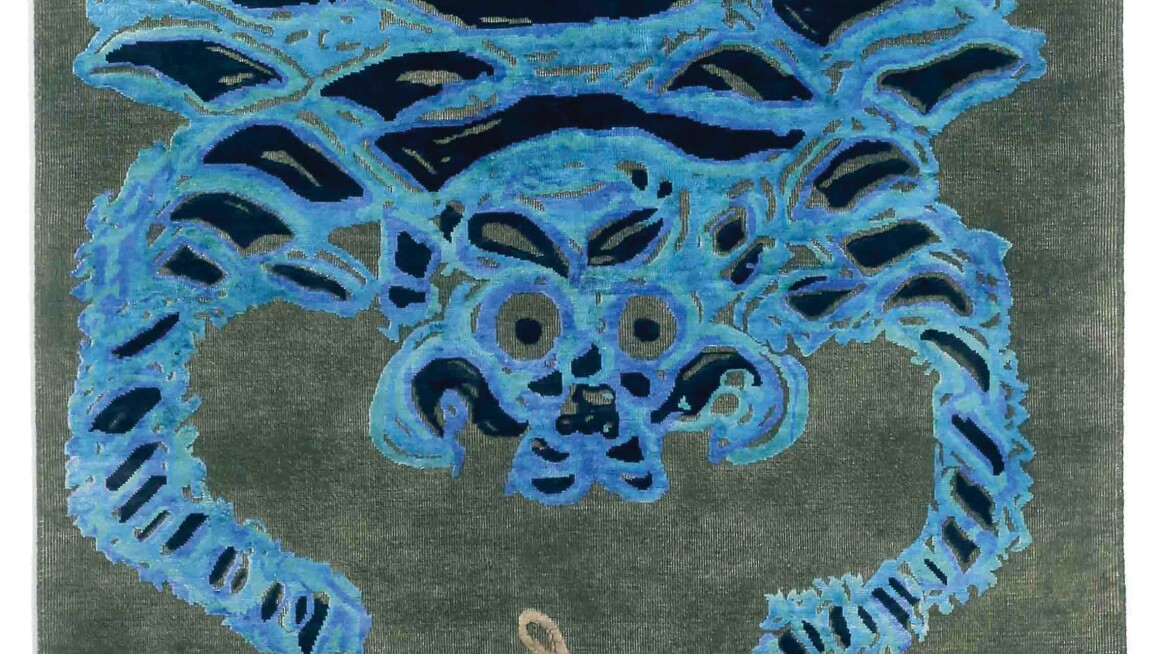 Sotheby’s has partnered with the WWF to present Tomorrow’s Tigers, an exhibition of specially commissioned rugs by ten of world’s leading contemporary artists to highlight the plight of the endangered species. Proceeds from the sale of these handmade rugs will go directly to support conservation programmes implemented by WWF across the globe.
Artists such as Anish Kapoor, Francesco Clemente, Rose Wylie and Kiki Smith have all taken inspiration from the 19th Century Tibetan Tiger Rugs — putting a new twist on traditional methods to create limited edition pieces in collaboration with rug specialist Christopher Farr. Devised and curated by Artwise, they will go on display in Sotheby’s New Bond Street galleries alongside nine historical rugs from Tibet. Traditionally, these were made as gifts for monks – Lamas – to protect them during meditation. Since the beginning of the 20th century, when there were up to 100,000 tigers in the wild, the population has shrunk to approximately 3,900 — a drop of 95 percent. Click through to see highlights from the exhibition.