T he final sale of the four-part series: Masterworks of Time: Splendours for the East, features rare and exciting pieces made for the Chinese, Turkish, and Indian Markets, including two different sets of pairs: a pair of consecutively-numbered gold, enamel, and pearl-set duplex watches by Vaucher, and a pair of musical automaton watches by Henri Capt. Further highlights, such as a musical scent flacon for the Turkish Market, and an Ilbery enamel duplex watch with a scene of a Chinese Junk ship, demonstrate the exquisite craftsmanship and care that went into creating these pieces specifically made for Eastern markets.

The sale also includes a curated selection of timepieces by indomitable Abraham Louis Breguet; the Father of Modern Horology. Expertly crafted enamels and fascinating complications, including an exceedingly rare astro-navigational deck watch by Ulysse Nardin, complement the sale. The sale encompasses 300 years of horology and clearly puts on the display the genius of storied makers such as IWC, Audemars Piguet, A. Lange & Söhne, Charles Frodsham, and Patek Philippe.

Timepieces that Transport You to a Different Era 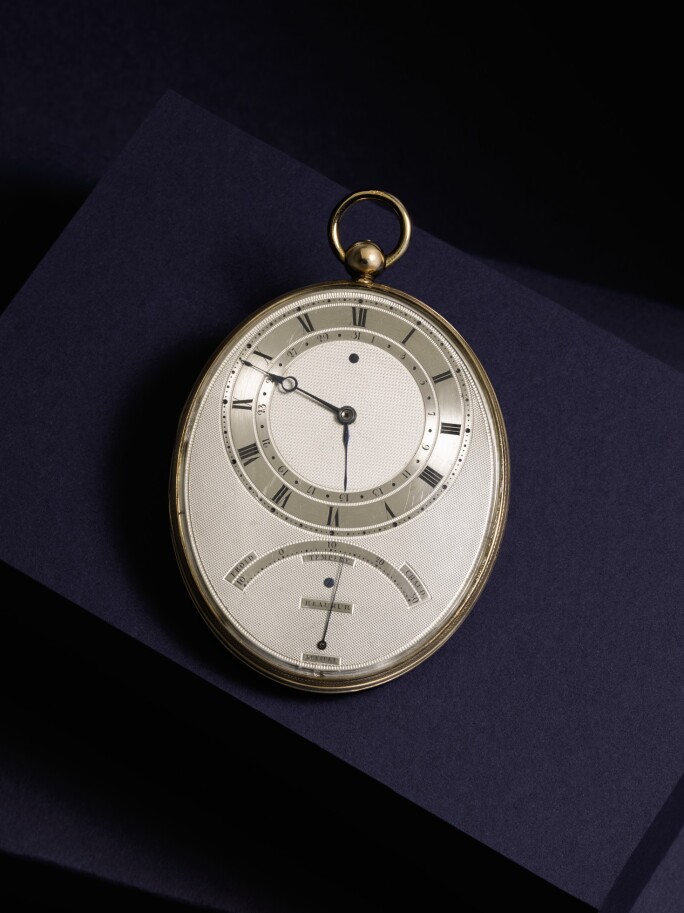 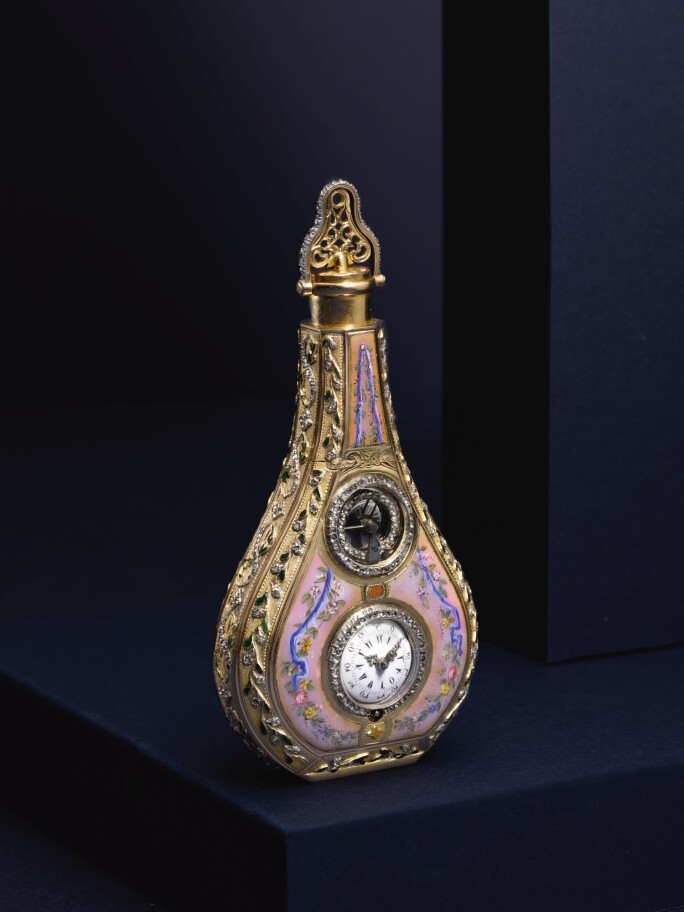 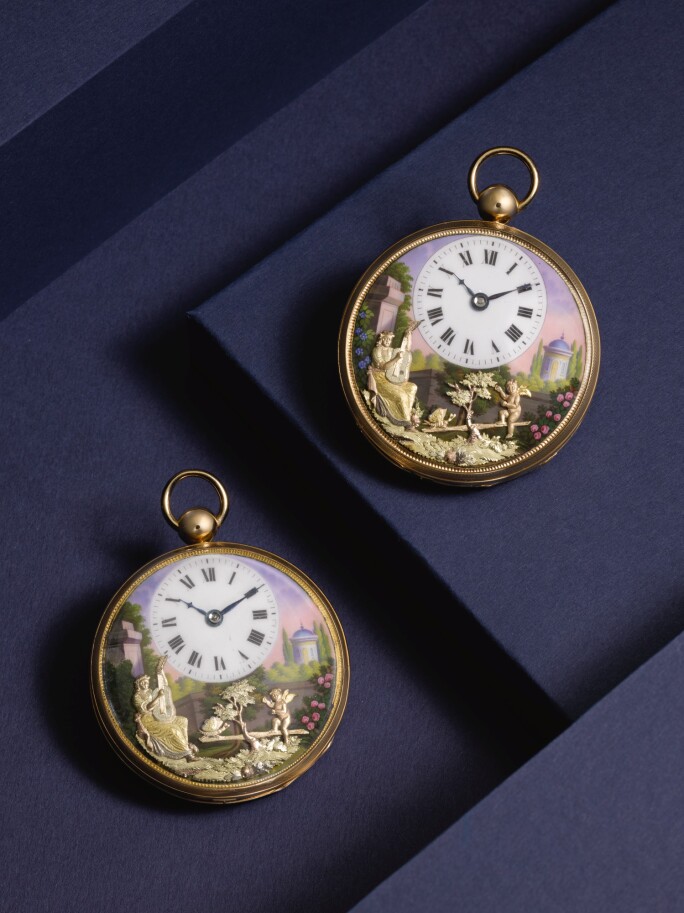 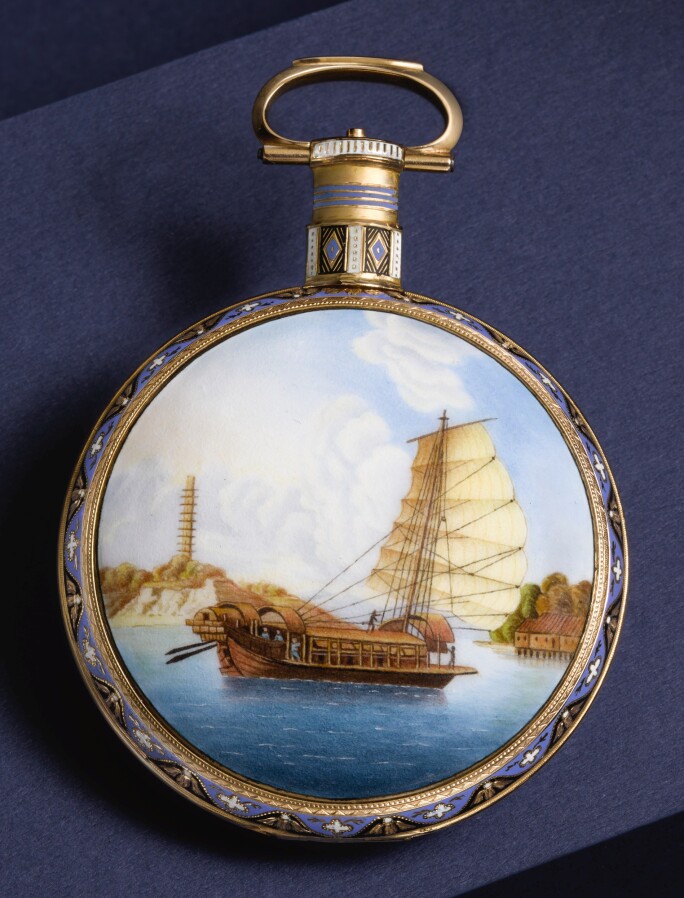 European makers found great success in producing watches made for far-flung Chinese, Indian, and Turkish Markets during the late 19th and early 20th centuries. Indeed, these particular relationships vastly expanded the repertoires of European makers to include timepieces ranging from the superbly decorated, to the highly complicated, such as unusual calendars, automata, and musical pieces. These watches were made specifically for wealthy and aristocratic clientele in the East. Of all these regions the Chinese market was the most dominant.

The history of trade relations between Europe and the Far East spans dynasties, wars, and political upheavals, but one aspect remains constant: the Chinese fascination with European mechanical novelties rivaled the Europeans’ interest Chinese works of art. It was not until 1601 that the Chinese Emperor first invited a European, the Jesuit priest Matteo Ricci, to enter the Forbidden City. Seeking advice on cylindrical science and astronomy, it is no wonder that he was delighted by Ricci’s gifts of chiming clocks (Alfred Chapuis, La Montre Chinoise, p.23). Miniature marvels became exceedingly popular during the late 18th century, and appealed greatly to the Chinese Market. British watch and clock trade flourished through the ports of Macao and Canton. Swiss makers, prevented from exporting pieces by Napoleon’s blockade, relied in British firms to transport and sell their timepieces to clients in the East. The Swiss began their dominance of the Chinese Market in the early 19th century.

Unlike Europeans’ interest in precision time, The Chinese concept of time less reliant on precision than that of the West, resulting in timekeeping devices made for export that highlighted Western creativity and ingenuity. As such, they valued mechanical and decorative aspects that literally brought timepieces to life, such as singing birds and automata. On a basic level, this fomented the inclusion of a center-seconds hand on watches for the Chinese Market. The Chinese had an entirely different system for reading time, so Western timepieces had to include the centre-seconds hand in order to show that they indeed worked. In the upper echelon of timepieces the creation of immensely complex musical timepieces (see lot 549) and miniature scenes that sprang to life when wound (see lot 548) delighted affluent clients in Eastern Markets.

Wealthy Chinese clients also valued aesthetics in their timepieces. Their watches were used as an item of conspicuous consumption, rather than actual time keeping. Thus, Swiss case makers, enamellers, and enamel painters used watches as a canvas to create bright, delicately painted enamel scenes on gold ground; often ensconced within a border of half pearls (see lot 560, by iconic maker Bovet, who dominated the Chinese Market for much of the 19th Century). The interest in aesthetics spread to the movement of Chinese Market pieces as well. Delicately decorated plates and bridges feature exquisitely rendered scrollwork and often balance wheels had halberd-form weights which were said to ward off evil (see lot 566).

Interestingly, most watches made for the Chinese Market contained depictions of Western landscapes, such as wistful Alpine mountain scenes. Many also included painted scenes inspired by European oil paintings or engravings. A particularly unusual piece is lot 559, which features a Chinese Junk at anchor in Whampoa, with its famous Pagoda in the foreground.

It had also long been traditional to send objects to China in pairs. According to the exhibition catalogue, Le Miroir de la Séduction, Musée Patek Philippe, Geneva, 2010, pp.28, "the Chinese love symmetry; all gifts to a superior, and above all the Emperor, were given in pairs.” European watchmakers presented beautifully rendered pairs that ranged from automatons (see lot 540,) to exquisitely painted enamels. Paired enamels often depicted the same scene, but in mirror image of each other to demonstrate their synchrony (see lot 562).

This carefully curated selection of watches gives collectors the rare opportunity to see the breadth of imagination European watchmakers had in their creations for Eastern Markets. By expanding their clientele to those in Indian, Turkish, and Chinese Markets, European makers had the opportunity to advance their technical skills by creating charming automaton scenes or watches which produced fanciful tunes. Casemakers and enamellers could put their prodigious talent on full display through creating scenes exquisitely rendered with a riot of color and texture. We hope you enjoy these miniature splendours as much as their original owners would have. 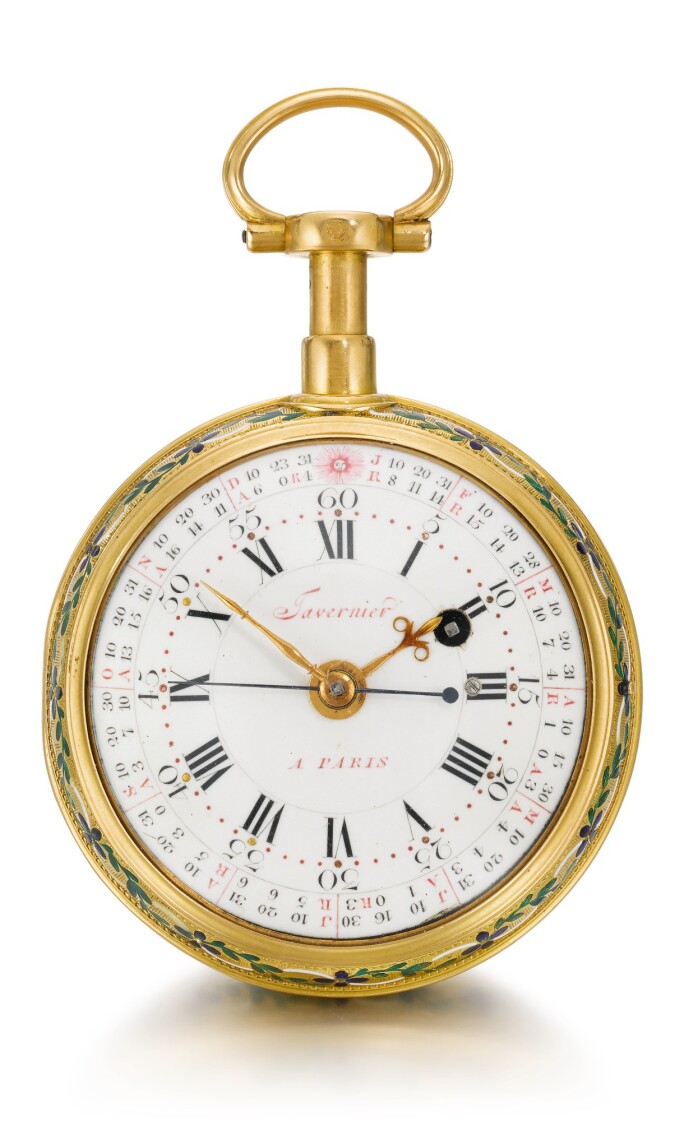 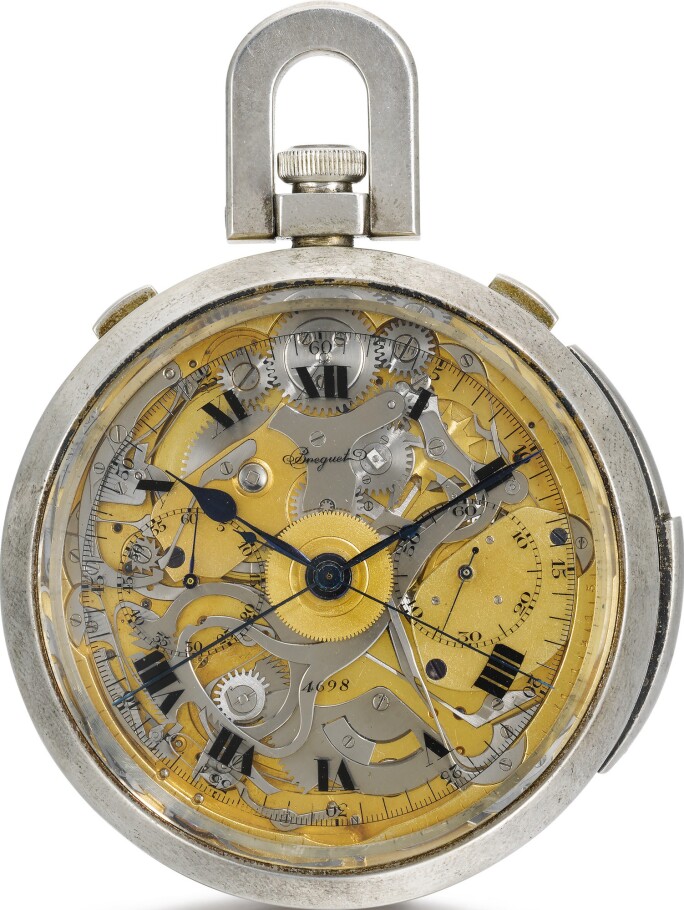 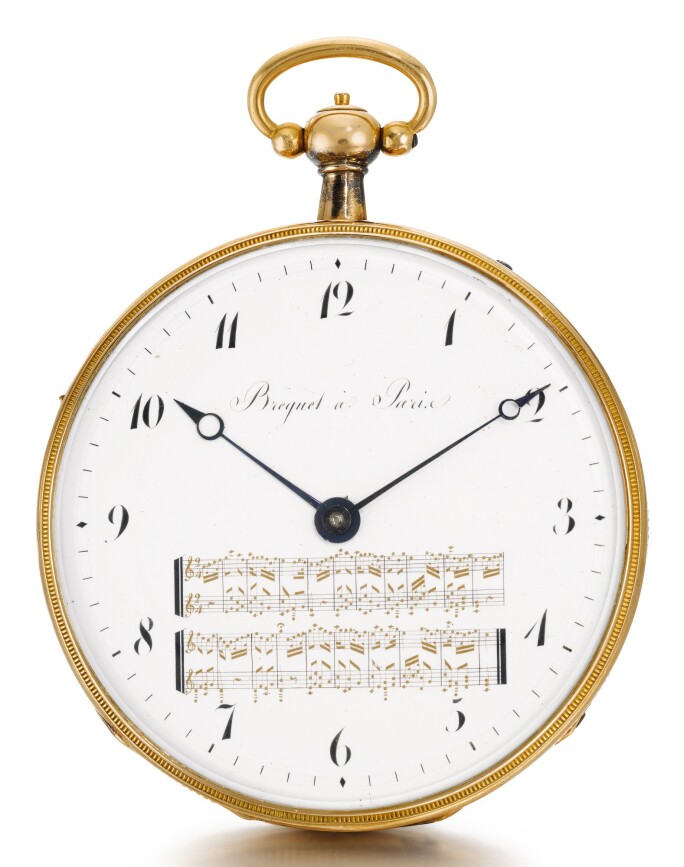 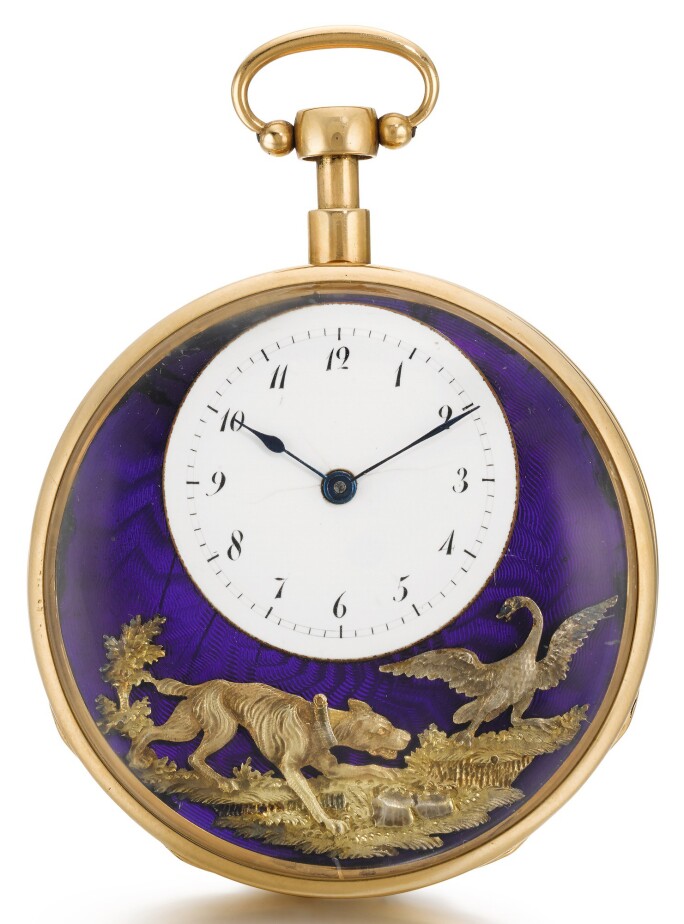 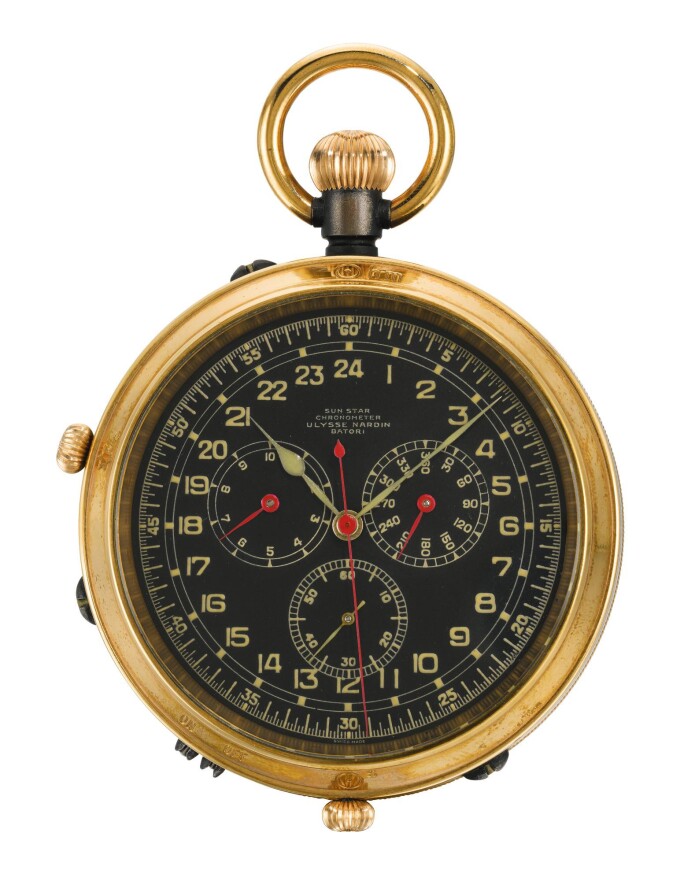 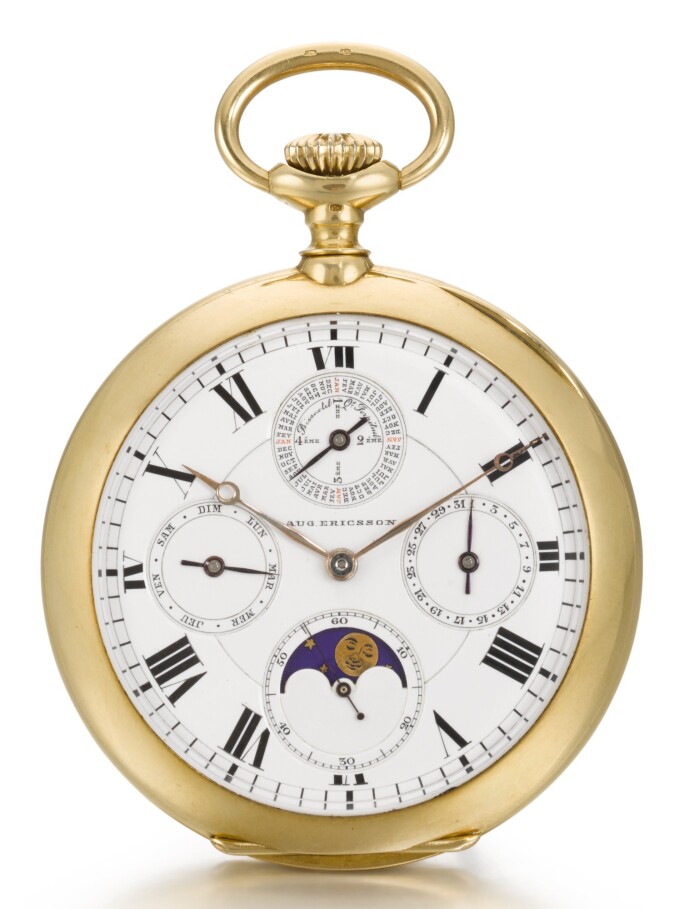 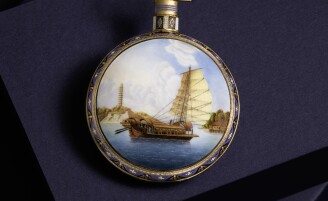