T heodor Ahrenberg was one of the most important and influential art collectors of the 20th century. He discovered a passion for Modern art during a business trip after the Second World War and started to collect, assembling one of the largest private European collections of 20th-century Western art. Teto, as he liked to be called, enjoyed meeting gallerists and artists, many of whom would go on become his dear friends. For instance, Mark Tobey spent all his summers at Teto's.

Sotheby’s is pleased to present a selection of artworks from his collection. The diverse range of works includes major names in New Realism, as well as a large selection of works from Edition MAT (Multiplication d'Art Transformable). There are also pieces from the legendary 1961 exhibition The 41 present Iris Clert.

Described as “mirror image of its collector” by renowned art critic Pierre Restany, this eclectic collection is testament to Teto's visionary taste. 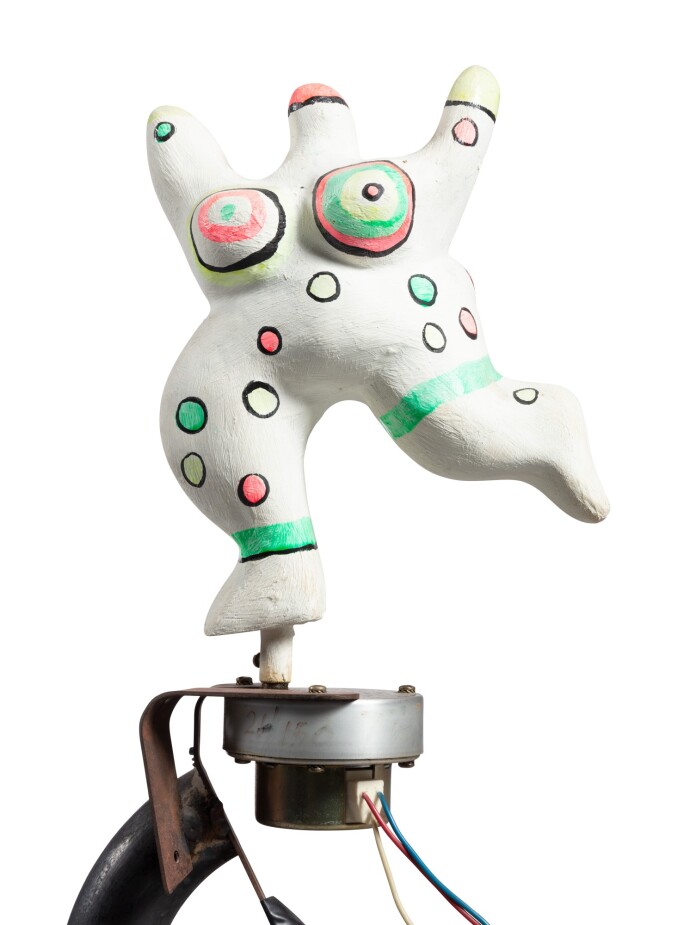 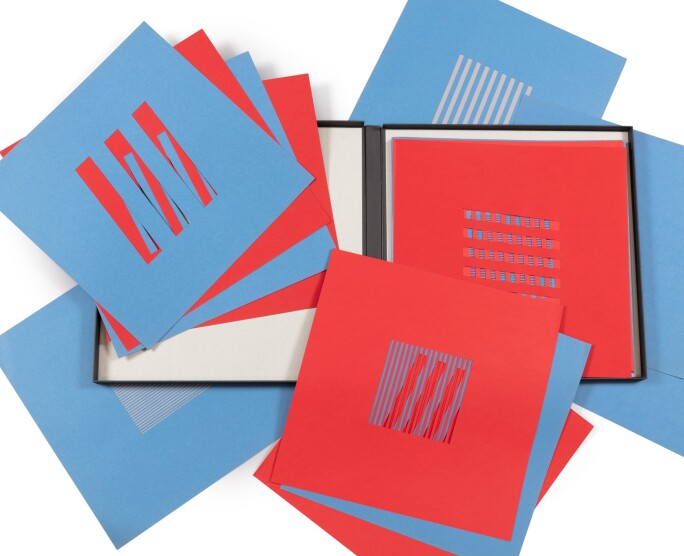 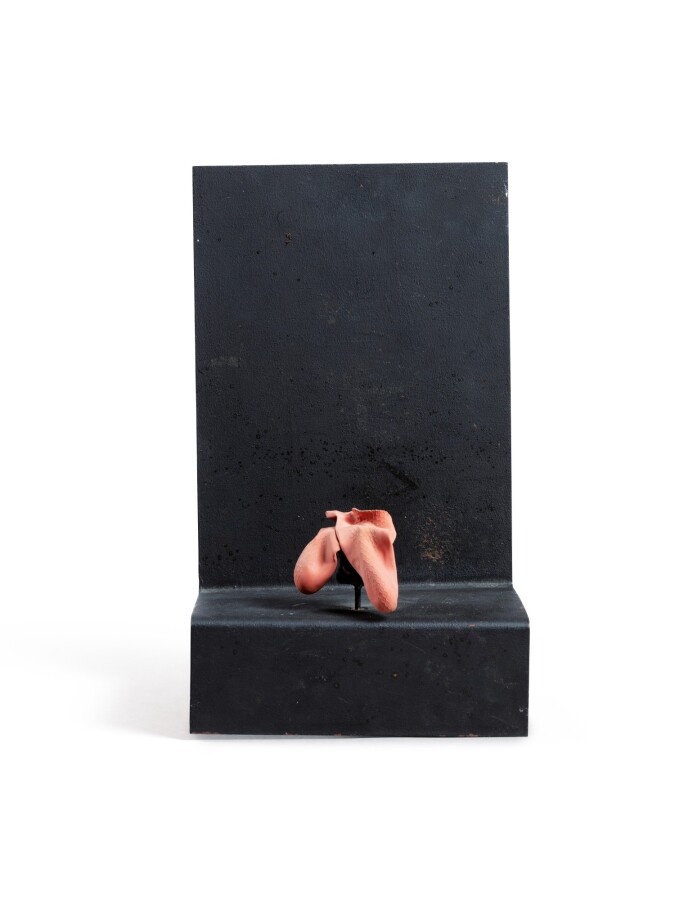 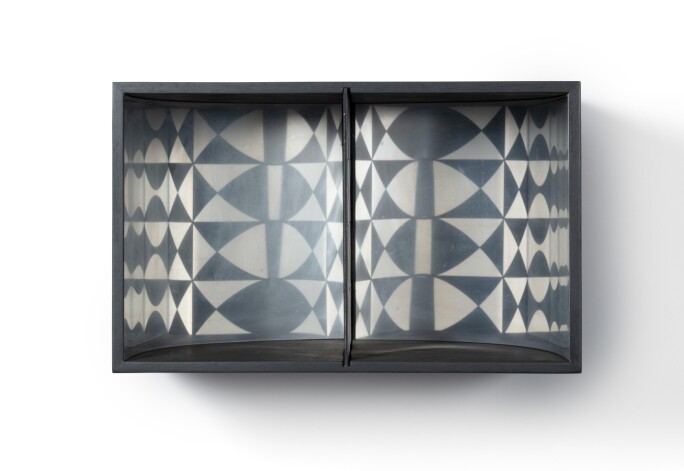 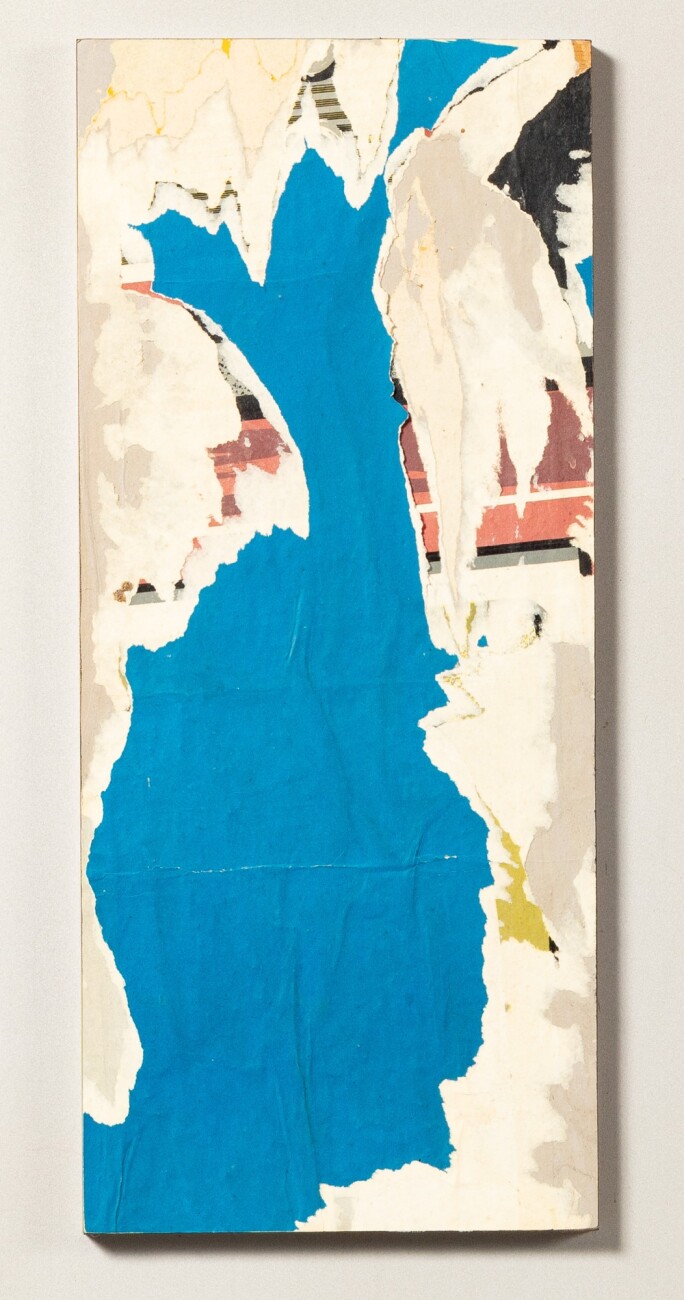 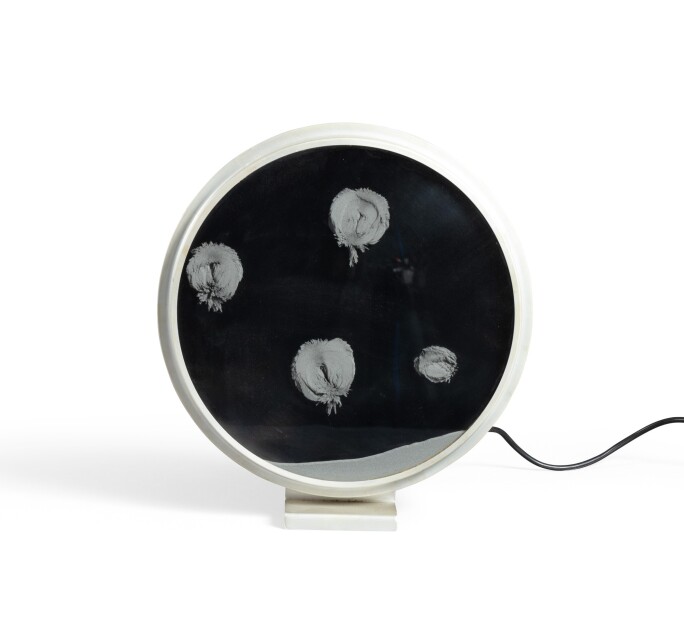 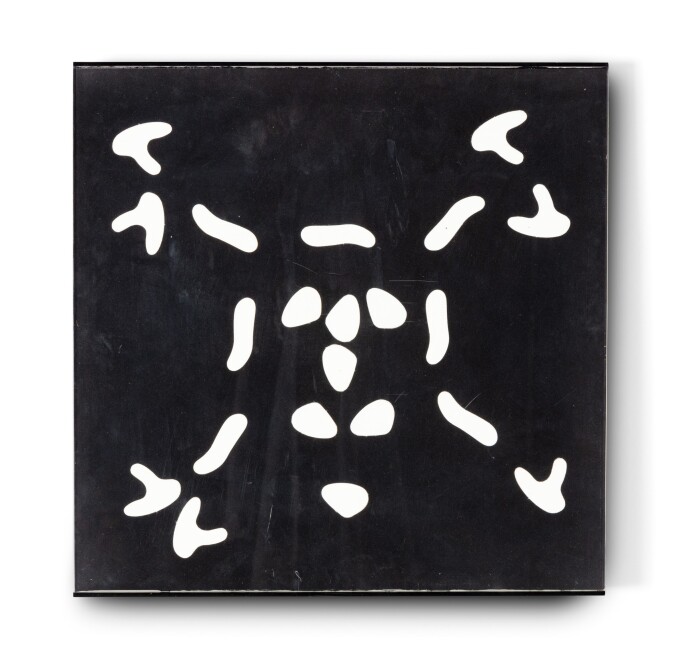 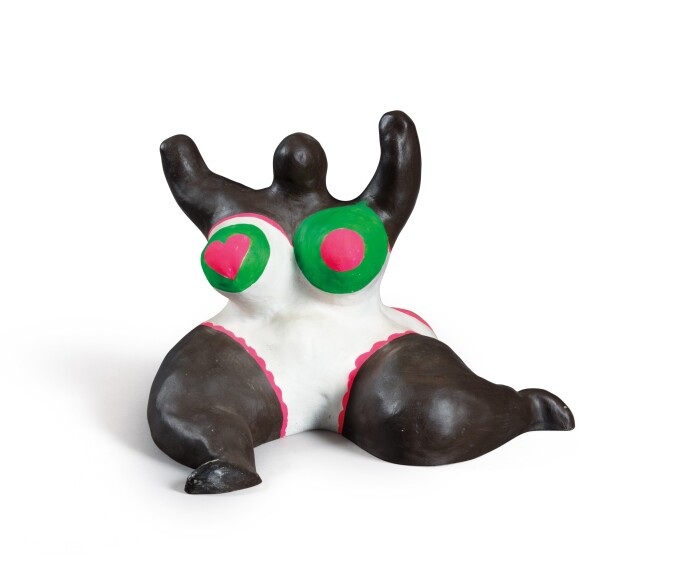 In 1959, Daniel Spoerri launched the Éditions MAT (Multiplication of Transformative Art) in the Edouard Loeb Gallery in Paris. His aim was to make art more accessible and to show that it is not fixed, but rather capable of movement and having a cinematic effect on the observer. These editions of transformative art were created between 1959 and 1965 in 100 copies. Pierre Spoerri called upon a large panel of international artists for this project, including Marcel Duchamp, Man Ray, Jean Tinguely and Pol Bury. He also joined forces with the Der Spiegel Gallery in Cologne in 1964 to produce and broadcast these artworks. About 20 of his transformative art productions are present in the sale.

Arman contributed to the Edition MAT in 1964 with his Poubelles and in 1965 with the Schuhe. Each wastebasket is uniquely composed in a wooden box with a glass window. Objects that have been thrown away are thus elevated to the rank of autonomous art.

Two pieces by Jesús Rafael Soto are available, including the famous Spiral. The swirling pattern is repeated twice in two different places. Once the art is hung, visual movement is created, and it starts playing with the shadows. The lines are thus in motion and vibrant in the eyes of the observer.

François Morellet also participated in the Edition MAT project in 1965, after having been asked by Karl Gerstener, who wished to bring in artists from the GRAV movement. The superimposition of iron frames on panels enables a play on materials and creates optical illusions as the observer moves along the artwork. Furthermore, the use of iron – an industrial material – not only kept production cheap but also created distance between the artist and the final result. 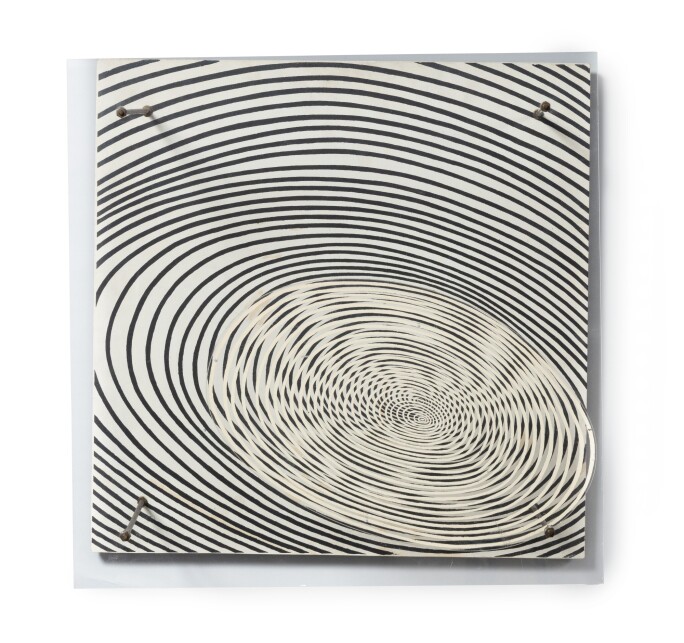 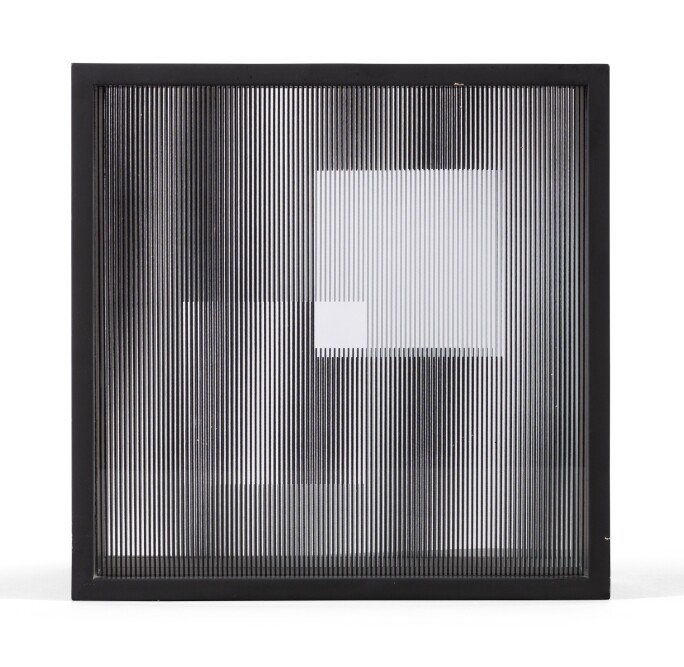 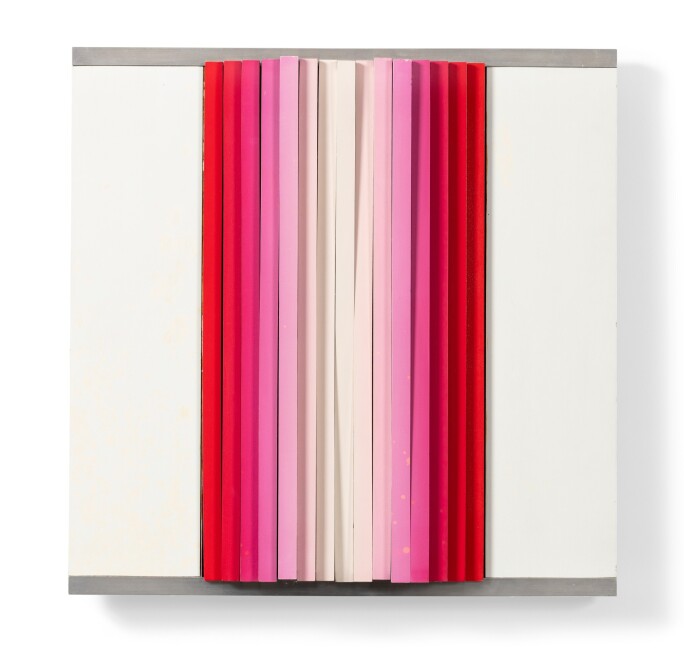 “Takis sat me down and started prophesizing. He wanted to predict my future.
‘You’ll open a gallery, you’ll become the next Peggy Guggenheim.
‘But who is Peggy Guggenheim?’, I asked him. ‘Is it a gallery?’
Apart from museums, I still knew very little about the art world.”

Takis’ premonition became a reality when Iris Clert opened her gallery a year later in 1956. Guided by her intuition, she exhibited artists who would come to be called New Realists, like Yves Klein, Yolande Fièvre or Arman. She also turned her attention to contemporary artists like Harold Stevenson or Maurice Henry.

In 1961, Iris Clert opened her new gallery at 28 Faubourg Saint Honoré in Paris, right when Yves Klein began to believe that his career was over. In her autobiography, she clearly explains her goal: “It was necessary to show him a triumphant rebirth. This time, to enrage him, I decided to really put myself in the spotlight; I asked my painter friends to do my portrait. The exhibition will be entitled: The 41 present Iris Clert.”

The exhibition’s inauguration was a success and brought together art dealers, critics, collectors and artists. Agnes Wildlund, director of the Samlaren Gallery in Stockholm and adviser to Theodor Ahrenburg, discovered this exhibit and asked him to come to Paris: “You must buy the entire collection […] It is a document of the highest importance to modern art.” Once on site, Teto claimed to “have been struck by the notion of “all or nothing.” I told Iris I would buy the exhibit under the condition that I would get all the artworks displayed.” The size of this huge acquisition made noise throughout Paris. The revival of the Iris Clert Gallery was now established.

Of the 41 who present Iris Clert, Sotheby’s is delighted to present twenty from artists from all over the world and each with a unique vision and method of art. To represent Iris, each artist interpreted the concept of “portrait” in his own way. For Minos Argyrakis, Iris was a mermaid, depicted in a drawing and collage, while for Duvillier, Iris whirled with energy and liberty. For Silvano Lora, she boils down to a single, powerful eye, while for Peter Foldes, she is depicted through a collage of elements that resemble her: a photograph, curlers, objects that fill the void. The latter calls his work Iris – Full Up, a reference to the Arman – Full Up exhibit in 1960. For Hiquily, she is an icon, and for Benrath, she is a cloud.

The plurality of the representations gives one the possibility to choose a part of Iris and of the gallery’s history. 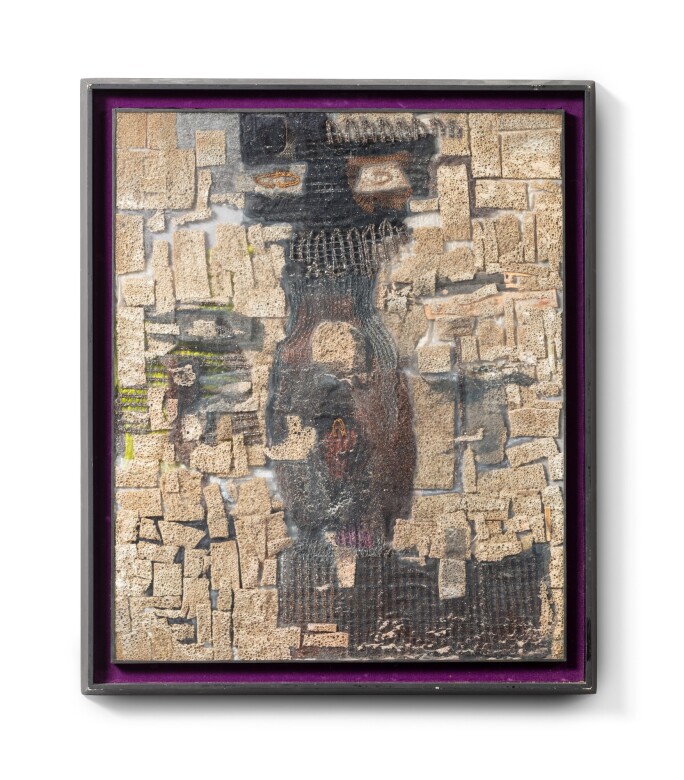 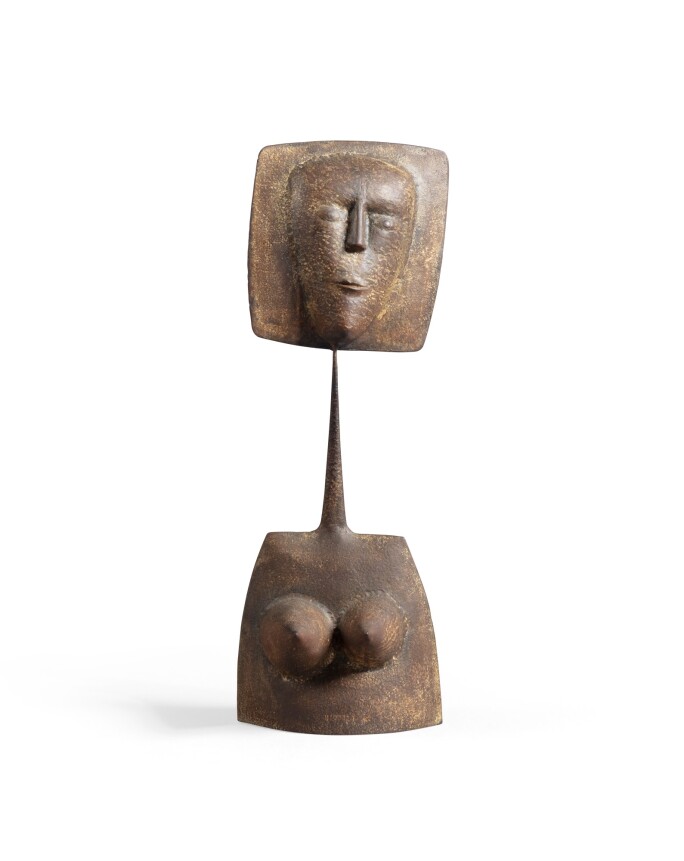 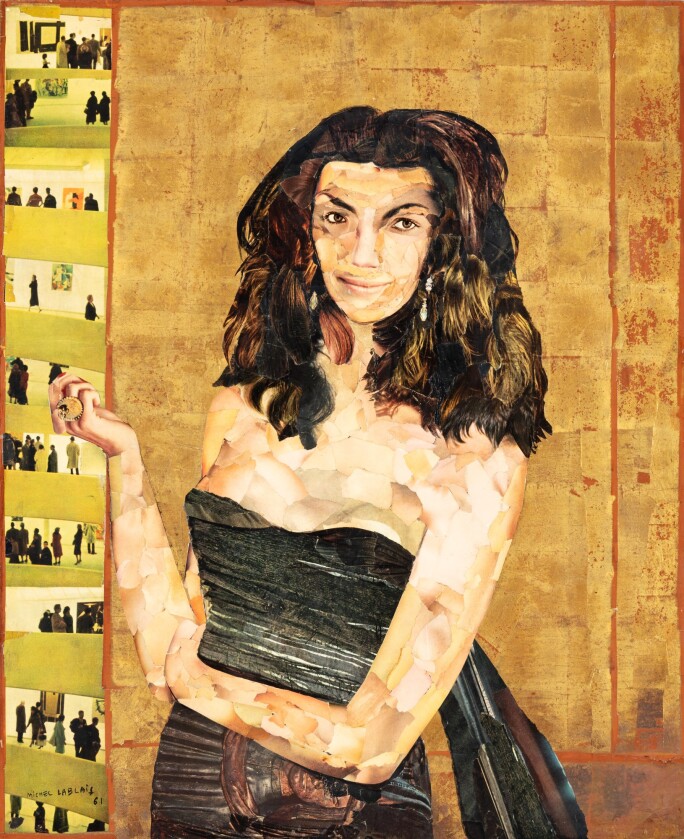 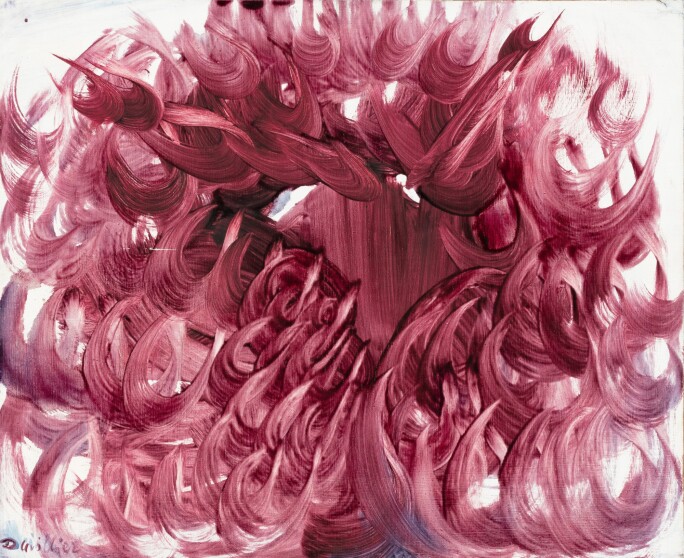 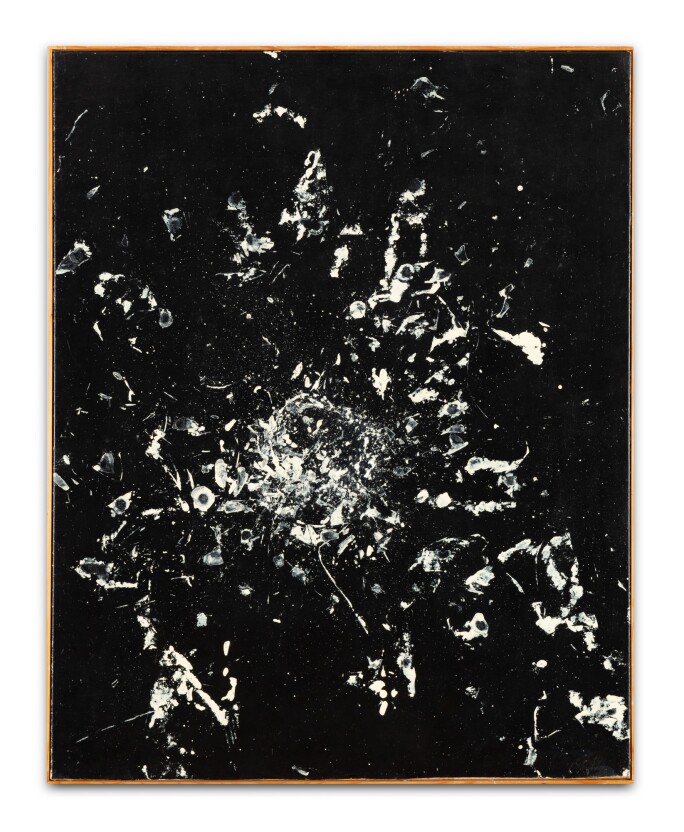 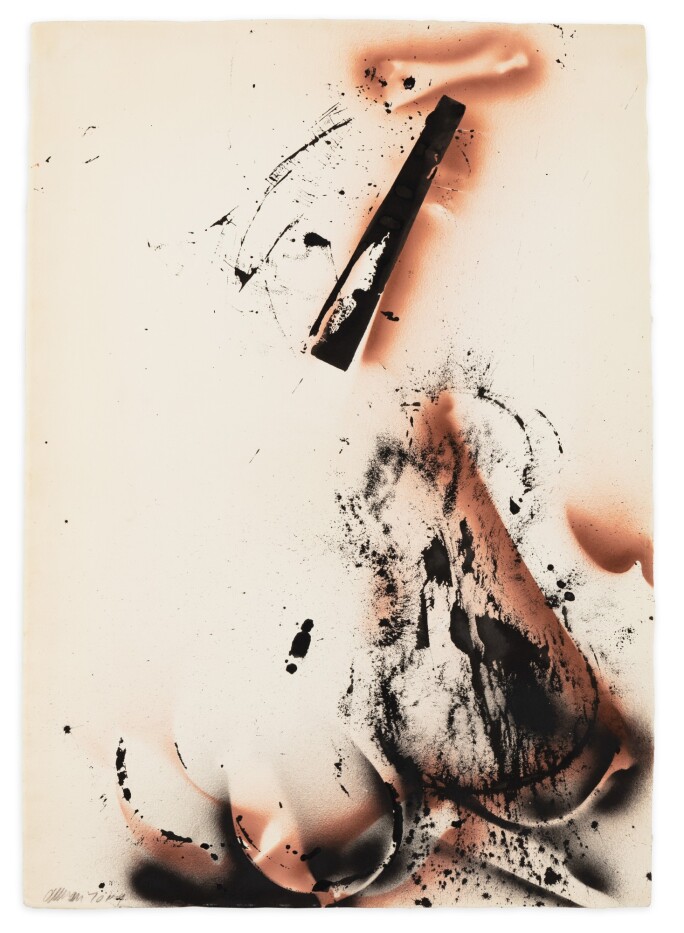 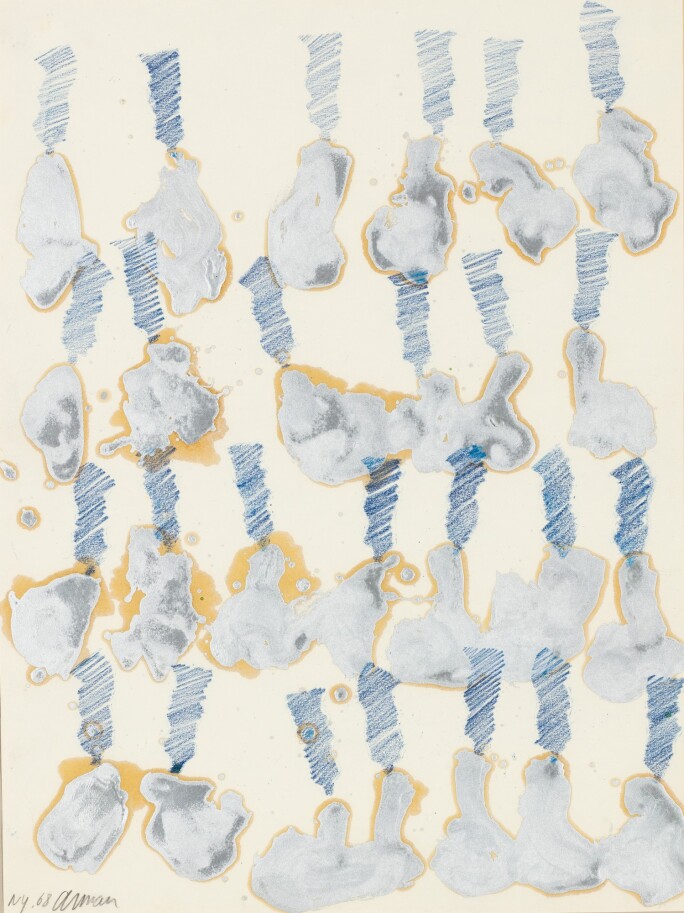 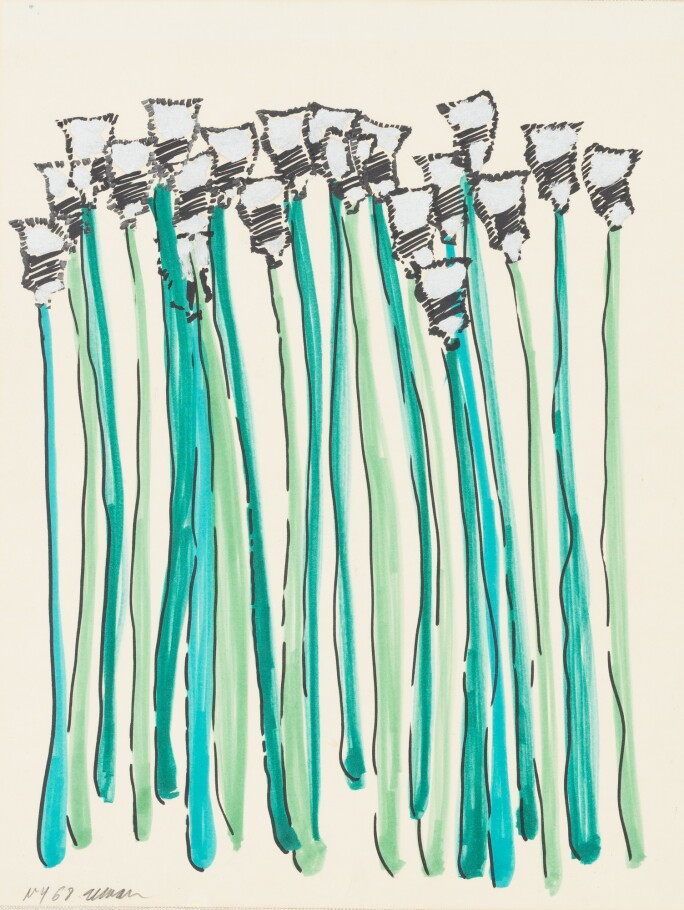