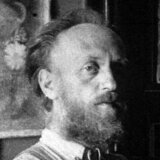 Works by Victor Brauner at Sotheby's 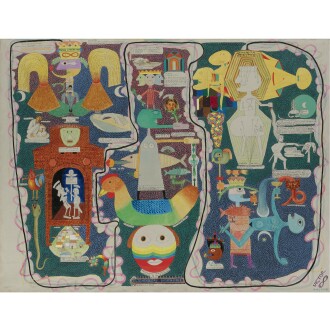 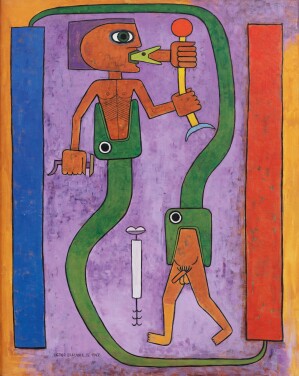 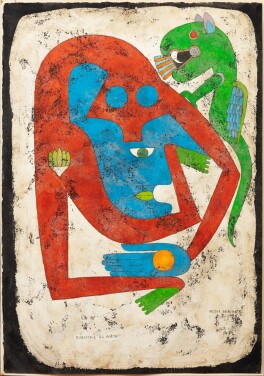 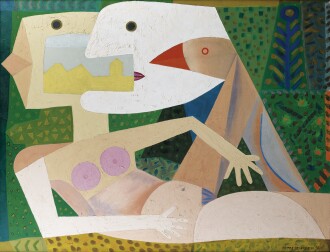 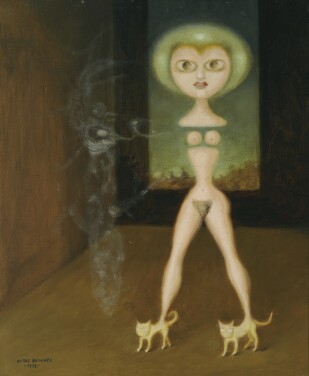 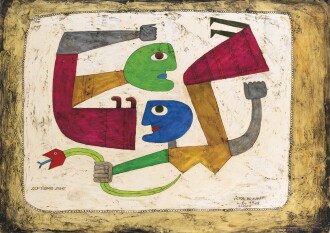 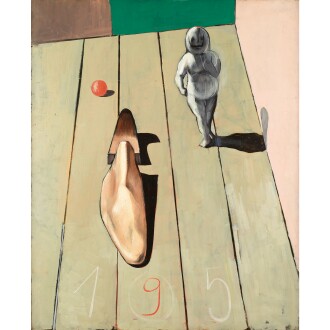 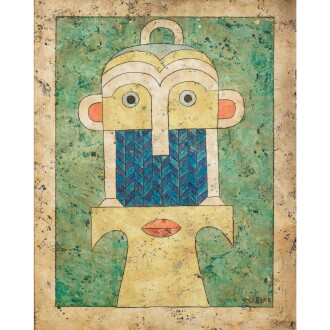 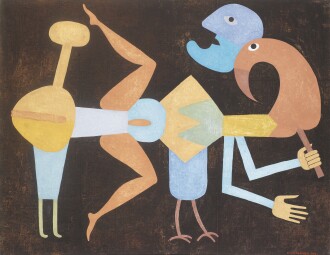 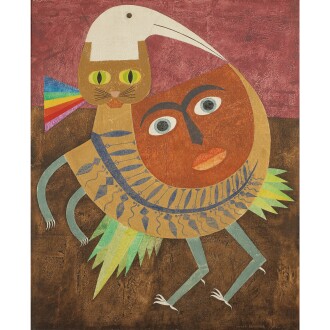 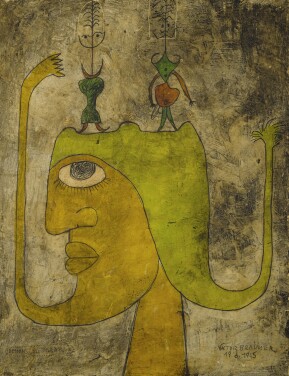 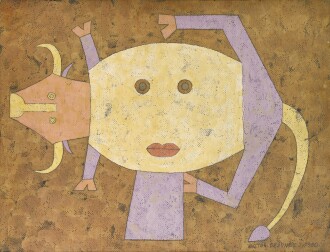 Romanian born French artist Victor Brauner worked as a Surrealist painter and sculptor in the first six decades of the twentieth century. His paintings synthesize biomorphic and naturalistic Surrealist forms to explore the inner anxieties and fears of the human psyche through an intricate matrix of symbols and connotations.

Born in 1903 in Piatra Neamt, Romania, Brauner attended the National School of Fine Arts in Bucharest, where he began painting landscapes in a style similar to that of Paul Cézanne. He would later explain that during this early period of his career, he went through the motions of the trajectory of modernism, painting in an expressionist, then abstractionist, and Dadaist style. In the mid 1920s, he began to solidify his approach to artistic practice, and much like his western European counterparts, he published his manifesto The Pictopoetry and the crucial article The Surrationalism, in the magazine 75HP, which he founded alongside poet Ilarie Voronca. He moved to Paris, France, in 1930, where he befriended fellow countryman Constantin Brâncusi, and lived in the same building as Yves Tanguy and Alberto Giacometti. André Breton, the critic and author at the center of the Surrealist movement, embraced Brauner, and wrote the introduction to the catalogue of Brauner’s first exhibition in Paris, which was held at the Pierre Gallery. Many of his Surrealist works from this period focused on figural paintings and featured distorted or mutilated eyes, a morbid premonition of an injury he would sustain in 1938 during a fight with friends Oscar Domínguez and Esteban Francés, which lost Brauner his eye. During the Nazi occupation of France, he fled to Perpignan and Marseille in France, and later to Switzerland, though he eventually resettled in Montmartre in the 1950s. After the war, his network of symbols expanded to include Egyptian hieroglyphics and Tarot card imagery, through which he expressed a pessimistic, darkened vision of the world following the destruction of World War II.

An entire hall was dedicated to him at the Venice Biennale in in 1966, where he represented France, the same year he died. His epitaph at the prominent Montmartre cemetery reads, “Painting is life, the real life my life.” His works can be found at the Museum of Modern Art, New York, the Solomon R. Guggenheim Museum, New York, the Metropolitan Museum of Art, New York, and the Centre Georges Pompidou, Paris, among many other major museums around the world.

Museums with Works by Victor Brauner

Type: museum
The Museum of Modern Art
New York, New York | New York
Type: museum
Peggy Guggenheim Collection
Venice
Type: museum
The Metropolitan Museum of Art
New York, New York | New York
Type: museum
Centre Pompidou
Paris
Please note that prior performance of the indexes and realized returns contained herein does not guarantee future results. In addition, there is no guarantee that random collections of individual works of art or stocks will yield index returns. We are not financial advisors and we are not in the business of recommending art as an investment. We also have no comparative advantage in forecasting the future direction of the art market. Investment decisions should be based on the risk return tolerance and time horizon of the investor with, if desired, the support of a licensed financial advisor. This information is provided "as is" and with no representations or warranties either express or implied of accuracy, merchantability, fitness for a particular purpose or of any other nature are made with respect to this information or to any expressed views presented in this information.