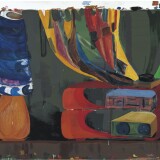 Works by Tal R at Sotheby's 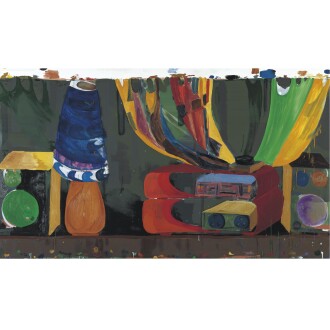 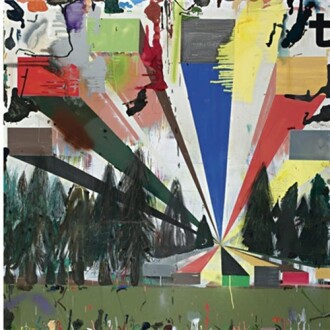 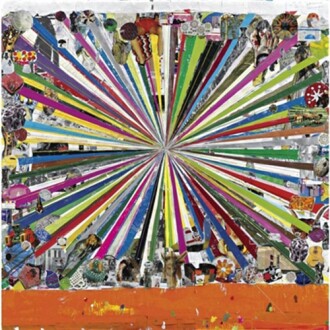 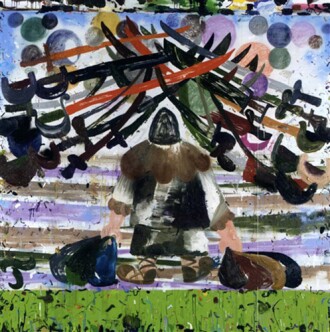 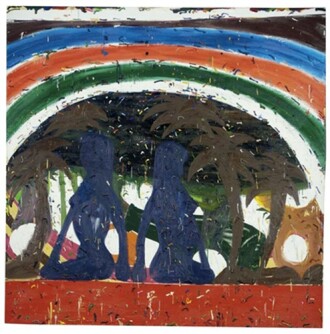 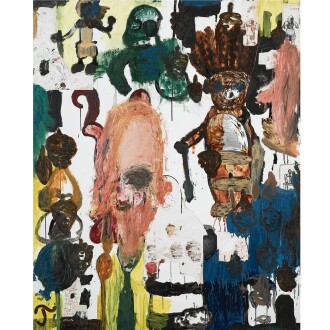 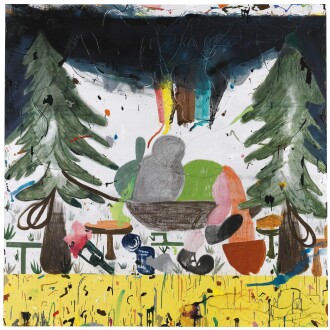 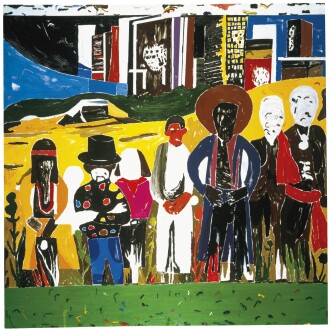 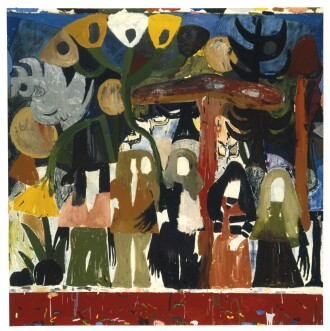 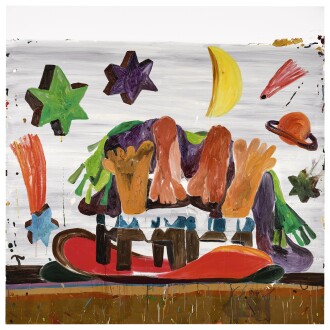 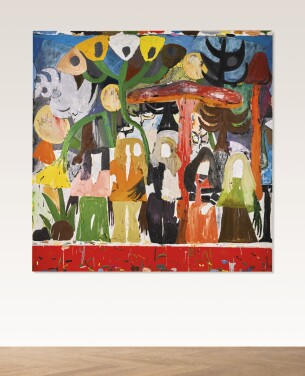 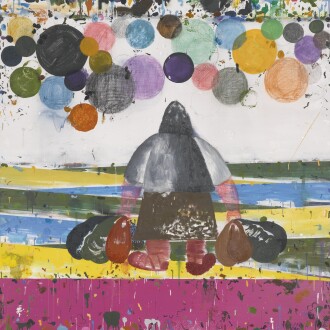 Favoring bold brushwork, bright colors and simplified forms, Tal R’s vibrant, playfully imagined compositions conjure a childlike exuberance. The impression of outward simplicity, however, is imbued with subtle complexity through the artist’s distinctive pastiche of humor, sexual innuendo, religious allusion and art historical references. Citing the Hebrew word kolbojnik (“leftovers”) to describe his style, Tal R draws on a diversity of influences, from outsider art to Expressionism and Fauvism, in his eclectic practice.

Tal R was born in 1967 in Tel Aviv, Israel to a Czechoslovakian Jewish father and Danish mother. He grew up in Denmark and studied at the Royal Danish Academy of Fine Arts. In his artistic output, Tal R reflects on the duality of his heritage and his early self-identification as an outsider. Indeed, the artist’s vivid, joyful imagery is often inflected with a sense of strangeness and enigma.

Tal R has exhibited widely throughout his career, including shows at Cheim & Reid in New York, Victoria Miro Gallery in London, Contemporary Fine Arts in Berlin and the Louisiana Museum for Moderne Kunst in Denmark. From 2005 to 2014, he held a professorship at the Kunstakademie Düsseldorf. He currently lives and works in https://datastudio.google.com/embed/reporting/18ECMXs-nwPQIws1CDmTJdj_VsbUV7Cvu/page/26TVCopenhagen, Denmark.