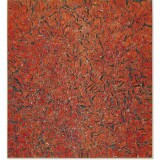 Widely known as the inventor of the technique of pliage (folding), the French-Hungarian artist Simon Hantaï experienced a career rich in artistic and aesthetic transformations. Born in Bia, Hungary, in 1922, he first studied at the Budapest School of Fine Art before travelling through Italy and finally settling in France in 1949.

He met André Breton in 1952 and became acquainted with the Surrealist group, which influenced his artistic production during his first years in Paris. Encouraged by the Surrealists, he experienced different techniques and mediums and completed several fantastical-themed paintings. André Breton supported Hantaï and offered him his first solo show, demonstrating his support by writing the preface for his first exhibition catalogue in 1953.

Hantaï encountered the work of Jackson Pollock in 1955 and became interested in action Painting and automatic writing. In disagreement with the Surrealist group, he decided to break off all ties with them and keep up with his artistic journey. His work evolved to a more abstract style, known as gestural painting. His technique consisted in painting his canvas first with vivid colors, then covering it with a darker color, and finally scraping the canvas with a tool to expose the color below.

Being in constant research and experiment, he challenged again his work at the end of the 50s and gave up his violent gestures to focus on handwriting, covering the canvas with tiny inscriptions. Between 1958 and 1959, he worked almost exclusively on two major works, Pink Writing and To Galla Placidia. These works represent a turning point in his career and initiate his last major aesthetic shift.

It is in 1960 that Hantaï started using the folding method systematically. The canvas was folded and crumpled before being painted and then unfolded. Only then did the painter discover his own final work, which made the result unpredictable and gave birth to abstract and poetic forms.

Over the course of the following decades, he explored the folding technique with several different series, choosing each time to focus either on the color, the white areas or the geometrical repartition of the shapes. This new phase began with the Mariales series which consists in 27 large works, all exhibited at the Kléber gallery in 1962. Each series has its own particularities. For example, the canvases from the Catamuron series have large margins left unpainted along the edges, while the Panses present egg-shaped forms and the Tabulas display large-scale paintings based on a square motif.

Over the course of his career, Hantaï gained institutional recognition in France and on an international level. In 1976, the Musée National d’Art Moderne presented a retrospective of his work in Paris. He reached the peak of his glory when he was chosen to represent France during the Venise Biennale in 1982. He then chose to retire from the global artistic scene and pursue his research on his own. Simon Hantaï died in 2008 and in 2013, the Centre Pompidou held a posthumous retrospective of his work.

Today, his works are held in the collection of prestigious international museums such as the museum of Modern Art in New York, the National Gallery of Art in Washington or the Centre Pompidou in Paris. 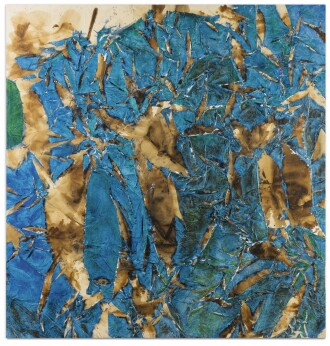 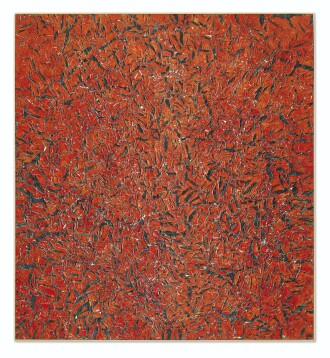 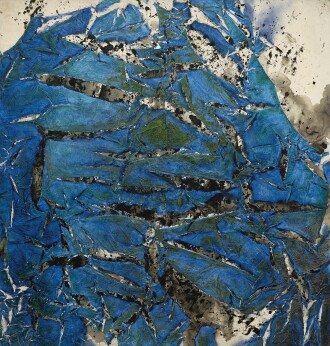 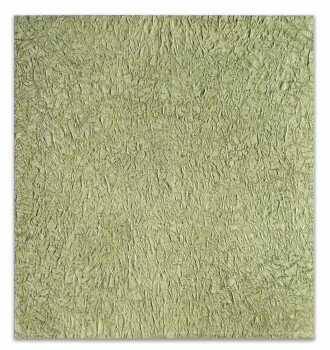 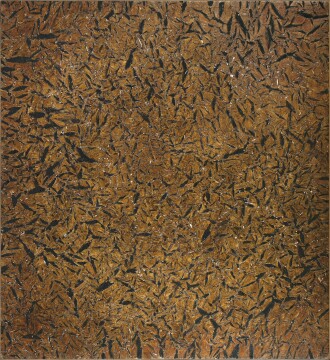