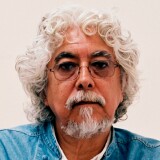 Works by Robert Graham at Sotheby's 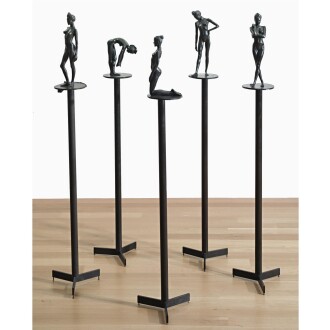 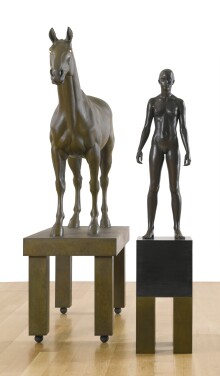 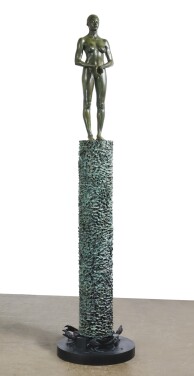 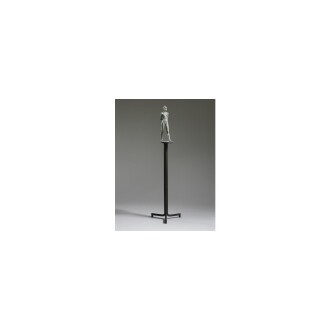 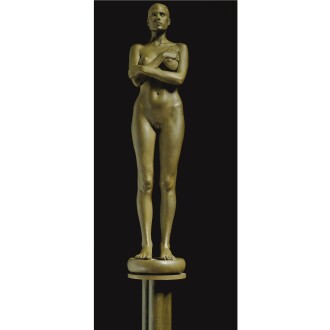 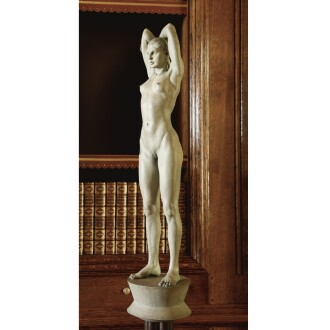 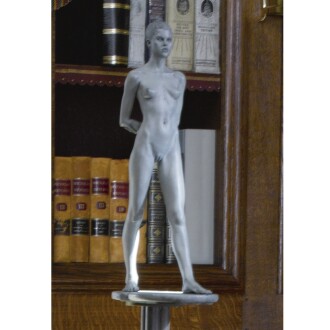 Robert Graham was born in Mexico City in 1938 and moved to California in 1948. After studying art at San Jose State University and the San Francisco Art Institute, he spent time in London before settling into his studio in Venice, California, in 1972. With an expansive artistic practice ranging from intimately scaled sculpture to towering public monuments and distinctive architectural design, it was Graham’s ability to crystallize his observations of the human form into iconic and emotive representations of the figure that drove his accomplishments.

Over the course of his career, Graham achieved acclaim in museum and gallery exhibitions as well as in the public realm. One of the most significant public artists in the country during his lifetime, Graham was commissioned to create sculptural monuments across the United States. His first major civic commission came from the Olympic Arts Festival organization in Los Angeles in 1984. Other commissions include: the Monument to Joe Louis in Detroit (1986); the FDR Memorial in Washington, D.C. (1997); the Duke Ellington Memorial in New York City (1997); the Charlie “Bird” Parker memorial in Kansas City (1999); and the Great Bronze Doors of the Cathedral of Our Lady of the Angels in Los Angeles (2002). Robert Graham also designed the National Medal of Arts in 1985. Awarded annually by the President of the United States to artists and arts patrons, it is the highest form of recognition for outstanding contribution to the arts in the country.

With a commitment to creating positive change in Los Angeles in the aftermath of the 1992 LA riots, Graham, as an artist trustee of the Museum of Contemporary Art, Los Angeles, set up a bronze casting foundry and workshop, with the goal of hiring, paying and training a group of at-risk youth to produce a series of small works to be sold to benefit the museum. Known as MOCA TORSO (1992-1995), the project consists of more than 3,500 individual pieces and remains one of the most iconic works by the artist.

Museums with Works by Robert Graham

Type: museum
Los Angeles County Museum of Art
Los Angeles, California | California
Type: museum
The Museum of Modern Art
New York, New York | New York
Type: museum
Hirshhorn Museum and Sculpture Garden
Washington, DC | DC
Type: museum
Museum of Fine Arts, Houston
Houston, Texas | Texas
Please note that prior performance of the indexes and realized returns contained herein does not guarantee future results. In addition, there is no guarantee that random collections of individual works of art or stocks will yield index returns. We are not financial advisors and we are not in the business of recommending art as an investment. We also have no comparative advantage in forecasting the future direction of the art market. Investment decisions should be based on the risk return tolerance and time horizon of the investor with, if desired, the support of a licensed financial advisor. This information is provided "as is" and with no representations or warranties either express or implied of accuracy, merchantability, fitness for a particular purpose or of any other nature are made with respect to this information or to any expressed views presented in this information.