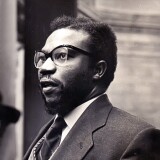 Works by Ben Enwonwu at Sotheby's 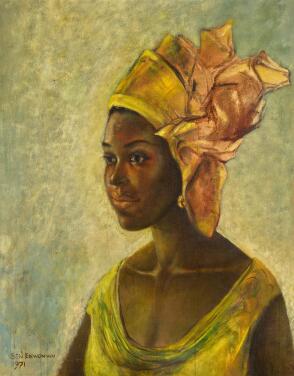 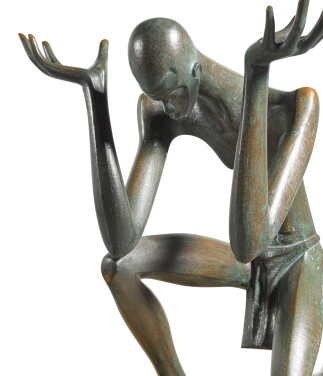 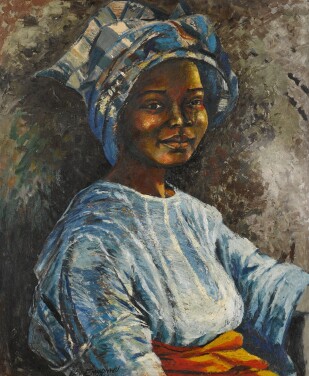 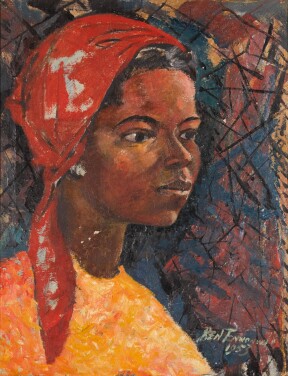 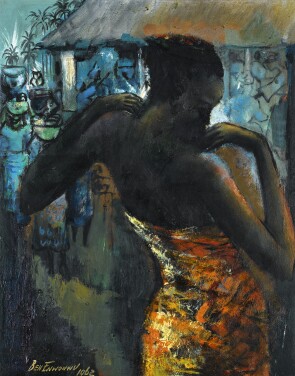 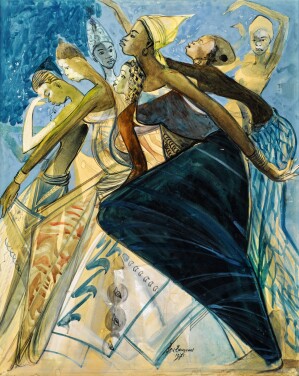 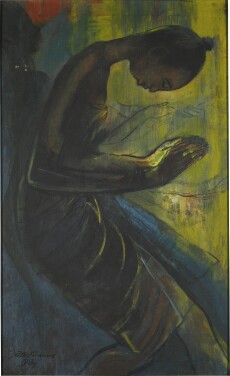 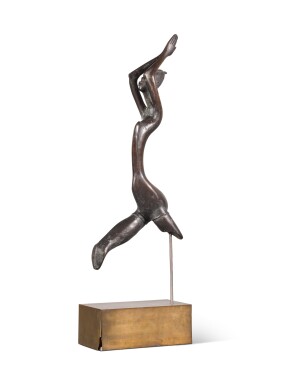 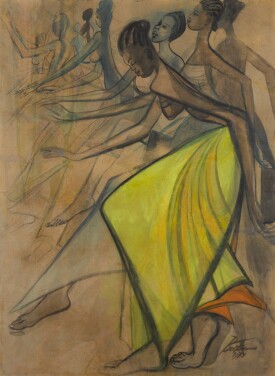 Ben Enwonwu MBE was a pioneer of African modernism. He was born in 1917 in Onitsha, eastern Nigeria, to a mother who ran a successful textile business and a father who was a retired technical assistant and reputable sculptor, from whom the artist learned his early carving skills. Despite being widely celebrated as a painter and sculptor, Enwonwu was also a distinguished writer and art critic.

Ben Enwonwu studied fine arts at the Government College in 1934, before receiving a scholarship to study in the UK in 1944, where he attended Goldsmiths College and the Slade School of Fine Arts. During this time he studied European art movements such as Symbolism and Fauvism. Throughout his oeuvre, Enwonwu demonstrates his ability to combine European techniques studied in school with his early training in traditional Igbo aesthetics.

Enwonwu returned to Nigeria in 1948 to begin his federally appointed position of Art Supervisor of the Colonial Office. The artist continued his practice in Nigeria and in 1949 was declared by Ebony Magazine as ‘Africa’s greatest artist’. Among his many accolades, Enwonwu was awarded an MBE in 1955 by Queen Elizabeth II for his contributions to the arts. The following year he became the first African artist to receive a royal commission when The Queen sat for a bronze sculpture, positioned at the entrance of the Lagos Parliament Buildings. In 1980 Enwonwu was awarded the National Order of Merit by the Nigerian government for his invaluable contribution to the country’s arts and culture scene.

Spanning close to 60 years, Ben Enwonwu’s artistic career followed one of the most important periods of Modern Nigerian history; the journey from a British colony to a newly independent African nation. Nigeria gained independence from the United Kingdom on 1 October 1960, and with it the country was in search of a new post-colonial identity. Ben Enwonwu became an advocate for a new Nigerian national culture and in 1968 the artist became the cultural advisor to the newly formed Nigerian government. Enwonwu’s reputation reached far and wide as the artist’s works were even used to support Black liberation movements in Africa, Europe and the US.

Enwonwu exhibited alongside prominent European modernists at the Musée d'Art Moderne in Paris and started to attract international attention after participating in an exhibition at London’s Berkley Galleries in 1947. This was followed by a series of shows in New York, Boston and Howard University in Washington DC in 1950, and in the same year the artist held a major exhibition at Gallery Apollinaire in Milan. Enwonwu’s works have also been included in exhibitions of prominent museums such as the Tate, National Gallery of Lagos and Smithsonian National Museum of African Art in D.C.

By his passing in 1994 Ben Enwonwu was, and would continue to be, considered one of the most revered African artists of the 20th century.

Museums with Works by Ben Enwonwu