Zao Wou-ki By the Numbers

A t least 35 paintings by Zao Wou-ki have sold for over $1 million.

When leaving China for France in 1948, Zao and his wife La-lan embarked on a 36-day voyage at sea from Shanghai to Marseille.

In 2018, Zao’s "Juin-Octobre 1985" sold for $65 million, a record for the artist and the highest price ever paid for an oil painting by an Asian artist.

Zao produced 7 paintings while visiting his brother in Montclair New Jersey in 1957, the trip during which he first encountered Gottlieb, Kline, and Guston.

In 1957, Zao produced 4 etchings for Les Compagnons dans les Jardin (Companions in the Garden), René Char’s work of the same year; the pair remained close friends until the poet’s death in 1988.

Zao lived in Hong Kong for 6 months in 1958, where he met his second wife Chan May-Kan.

In 1977, Zao exhibited 14 large-format paintings at the Fuji Television Gallery in Tokyo.

In 1964, Zao painted an homage to his close friend composer Edgar Varese, 1 year before the musician’s death.

Zao’s works can be found in over 150 public collections around the world.

Zao taught at the School of Fine Arts in Hangzhou for 6 years after graduating in 1941.

Zao died at the age of 93 in 2013, following a dazzling international career. 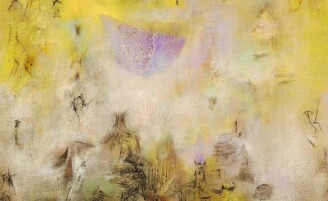 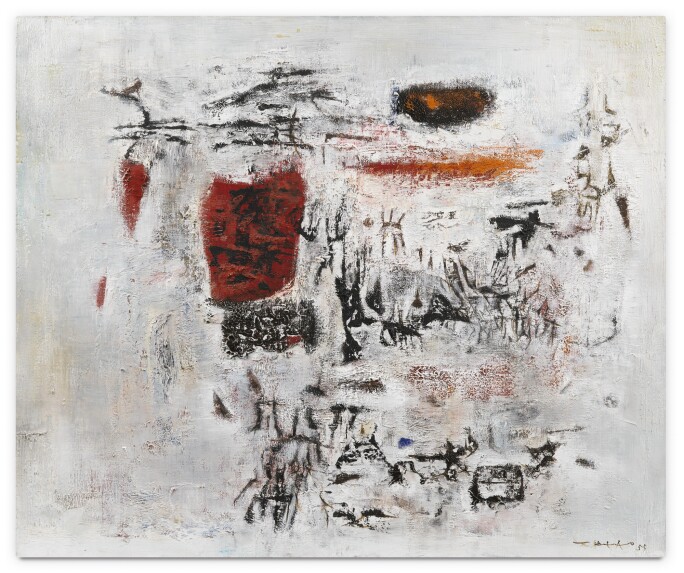 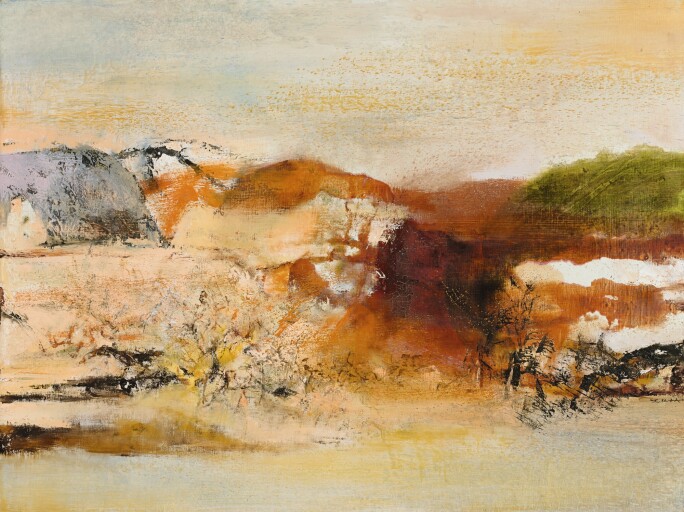 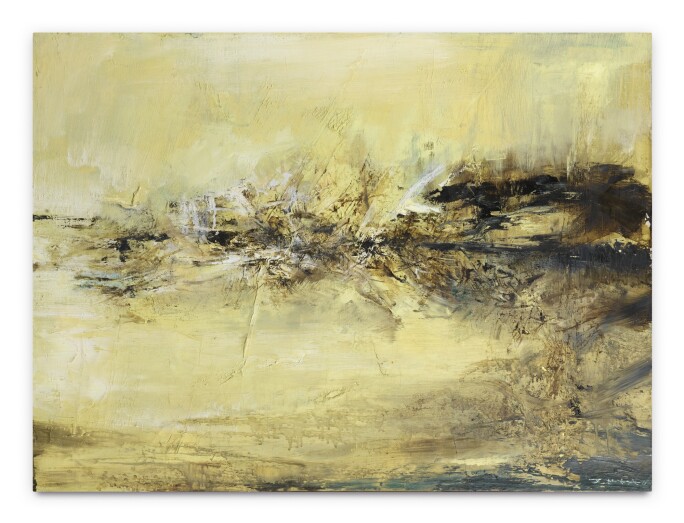 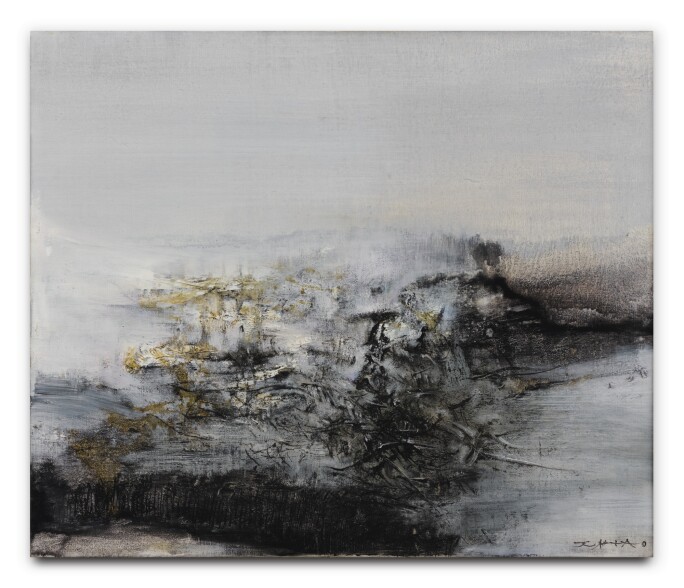