Trainspotting Author Irvine Welsh on the Art of Storytelling

By Rebecca Tay
Sotheby's Original Film Posters sale features a Trainspotting poster from 1996. This iconic film, adapted from the book by Irvine Welsh, made an enormous impact on culture in the 1990s and continues to resonate today. 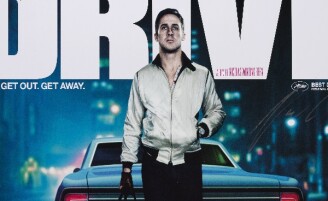 W elsh recalls watching the movie with friends including Bobby Gillespie and Andrew Innes from Primal Scream. “They’d come ready to be critical and cynical about it and were completely won over,” he told The Scotsman recently. “That was when I knew the film would be absolutely massive.”

Now based in Miami, the Edinburgh-born Welsh travels far and wide and has since written more than a dozen novels and collections of short stories. We spoke to the author himself to find out more.

Sotheby’s: ‘Trainspotting’ was your first book. How did you start writing?
Irvine Welsh: I started writing because I wasn't very good at doing music. I wrote ballads but couldn't play an instrument properly. I was fed up of getting kicked out of fledgling bands, so I decided to dispense with the music and carry on with the storytelling.

Was ’Trainspotting’ the only story you could imagine writing at the time? Or were there other stories that you dabbled in / wrote around the same time that were never finished or published?
I was writing a lot of stuff at the time. The Acid House was finished around the same time as Trainspotting. If you're a proper writer you will never run out of stories to tell. The problem is getting genuinely relevant ones and telling them well. You want to entertain, but I'm primarily a confrontational writer – I like to challenge, not just reinforce my own certainties of the world.

Who did you intend the book for, or who did you think would be its greatest fans?
I only write for myself. I have no concept of an audience. It's a selfish act – I write the books I want to read.

It's been called the book of a generation. What do you make of this characterisation?
It's flattering. I think it's a book about the redundancy of humanity in a post-industrial age, but you could argue all serious literature has to be concerned with that big theme now.

You’ve written other books about Renton, Begbie, and the gang. How do you approach these books versus your others, not involving these characters?
It's easier to write a book with established characters. You stick them in a room together and they'll tell the story for you. With a new set of characters you spend a lot of time working out exactly who they are.

In comparison to all the other books you’ve written, do you think of ‘Trainspotting’ differently? How or why?
I tend not to think about any of the books I've written. The only time I go back to them is if I'm working on a TV or film adaptation or on a sequel/prequel. Most writers will say the same: you are totally engrossed on the project you are currently working on. There's nothing you can do to improve old books once they're out there, so it's pointless wasting time thinking about them.

What’s the emotional / psychological impact on you of writing a ‘Trainspotting’ book versus another book?
The books that are most difficult to write have been Marabou Stork Nightmare and Filth, where the main character is despicable and does terrible things. It's hard to have that voice in your head. The Trainspotting/Porno/Dead Men's trilogy has its harrowing moments but overall these books are mainly fun to write.

You’ve described Renton as perhaps most like yourself. Are there any real-life parallels to the other characters in your life?
I think every character you write is probably some representation of yourself. They are clusters of behaviour and emotions. Obviously, we pick and choose what we express but we are all familiar with this emotional range – it's a human thing.