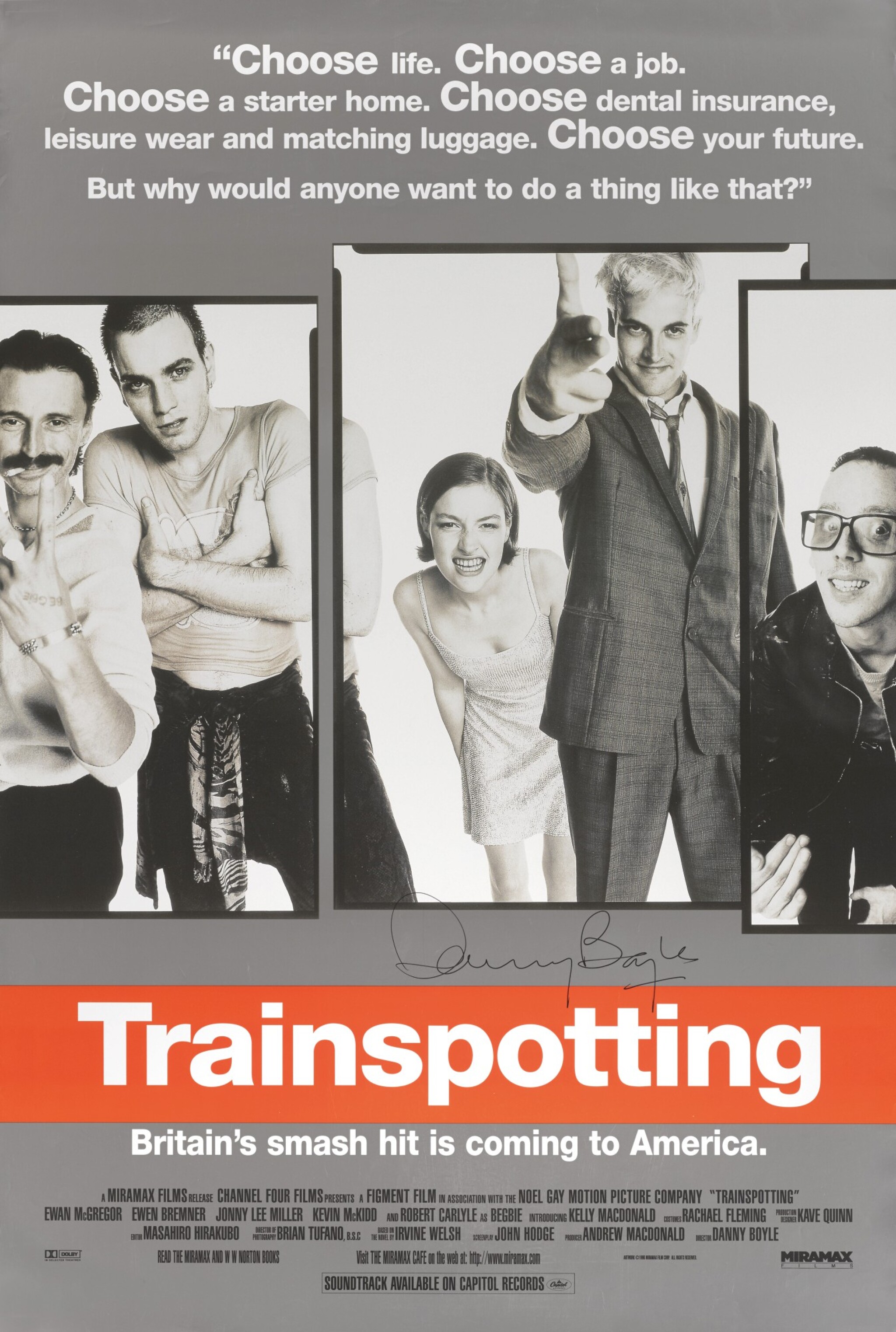 This British black comedy was directed by Danny Boyle and stars Ewan McGregor, Ewen Bremner, Jonny Lee Miller, Kevin McKidd, Robert Carlyle and Kelly Macdonald. It was based on Irvine Welsh's novel of the same name. This poster was signed by Danny Boyle at the BFI, London, when he was giving a talk about his film, Steve Jobs. It is rare for anyone to have an original film poster signed, as the majority of signatures are on pieces of paper, photographs and video/dvd sleeves. It is unusual to have the film's poster with you when you try to obtain signatures.

Unfolded. Very good condition, with the colours remaining very bright. There are a couple of minor surface creases.