The Splendour of Natural Colour Diamonds

D iamonds occur in an array of colours – from pure whites and soft pinks and blues to brilliant hues of purple and red. Within such variation, it is easy to forget that diamonds are in essence pure and simple in composition, requiring only one element as it crystalizes: carbon. Deep within the earth’s mantle, the element is shaped under tremendous pressure through a formation process with variables ranging from temperature to surrounding environments. Thus, through chance and serendipity, diamonds occur in such variety – as structural impurities, inclusions and even radiation enable these wonders of nature to take colour in the full spectrum.

Throughout history, blue diamonds have been the stuff of legends. Captivating and enigmatic, blue diamonds are considered among the rarest. A fabulous fluke of nature, a blue diamond is produced by the random presence of the atomic lattice-bound trace element boron within the stone’s carbon structure during its formation deep in the earth’s core. Blue diamond discoveries of any size are still sporadic and always astonishing occurrences. Lot 1756 is a pear-shaped fancy vivid blue diamond weighing 4.84 carats, internally flawless with a natural, even colour distribution face up.

The earliest known blue diamond came from the legendary Kollur mine in the Golconda, a region of India that produced such famous examples as the Idol’s Eye. Among the many storied examples include a dark blue diamond sold in the seventeenth century sold by Jean Baptiste Tavernier to King Louis XIV of France, a stone originally called the Tavernier Blue, and then the French Blue as a part of the French Crown Jewels. Then there’s the famed Hope Diamond, perhaps the most fabled gemstone on the planet, purchased by Henry Phillip Hope in 1830, which research studies suggest may have been recut from the lost French Blue, only adding to its mystique. With a mount signed by Cartier, Lot 1752 presents a cut-cornered rectangular modified brilliant-cut fancy intense blue diamond weighing 5.22 carats, with internally flawless clarity.

The distinctive hue of the blue diamonds is often attributed to the trace of boron within the crystal, and Type IIb classification means that the diamond contains few to no nitrogen impurities. The Hope Diamond is an example of Type IIb, as is Lot 1654 a heart-shaped fancy vivid blue diamond of 5.04 carats. Because of its formation, every faceting process of a blue diamond demands extreme care and precision. The rough will likely be asymmetrical with colour zoning, which presents unique challenges to the cutter as they balance the best colour, carat weight and the type of cut for each stone. Lot 1753 represents an exquisite pair of fancy intense blue diamonds weighing 1.95 and 1.63 carats respectively, both determined to be Type IIa, the most chemically pure type of diamond with exceptional optical transparency.

Pink diamonds are particularly mysterious even among colour diamonds. Theories dive deep into the crystal structure of the stone. While nitrogen and boron are responsible for the vivid hues of yellow and blue diamonds, respectively, there is no evidence that pink diamonds receive their colour from trace elements. Rather, the crystal structure of the stone selectively absorbs light as a result of an idiosyncratic lattice defect which results in an unusual arrangement of atoms in the crystal. These happy anomalies occasionally cause pink graining in the diamond crystal – a perfectly brilliant display of imperfection. The intensity of the colour depends on the amount of pink graining present. The colour is generally concentrated within parallel narrow bands called glide planes which diamond cutters intricately orient perpendicular to the table in order to maximize body colour. Lot 1722 represents a fancy light purplish pink diamond weighing 18.68 carats, bearing an attractive cut-cornered rectangular modified brilliant-cut.

The diversity of pink hues adds to the diamond’s character of distinctive individuality. Pink diamonds often have a secondary colour such as orange, purple or brown. While such colours are highly attractive and valuable, rarest among pink diamonds are those with no modifying colour. The pink occurs across range of hues. However, only at certain saturations and tones can the diamonds attain classification as pink within the reddish purple to orange hue range. Lot 1807 presents a very rare fancy pink diamond weighing 3.64 carats, within a surround of variously shaped diamonds of various tints.

Colour diamonds contain impurities or structural defects within the chemical composition. In the case of yellow diamonds, nitrogen is incorporated into their carbon crystal structure. These nitrogen impurities give a diamond its yellow colour as they modify light and absorb the blue part of the visible spectrum. When there is a large amount of nitrogen present within the stone the diamond ceases to become a M-Z coloured diamond and becomes a fancy colour diamond. All fancy colour diamonds follow the same colour grading scale: Fancy Light, Fancy, Fancy Intense, and Fancy Vivid. As the colour concentration increases within the stone, so does its value.

‘All the colours of flowers and foliage and even the blue sky and the glory of the sunset clouds, only last for a short time, and are subject to continual change, but the sheen and colouration of precious stones are the same to-day as they were thousands of years ago and will be for thousands of years to come. In a world of change, this permanence has a charm of its own that was early appreciated.’

In addition to the above three colors, different interactions of rare earth elements, structural shifts and even natural radiation may result in surprising colour combinations, with diverse modifying colours that represent every hue in the spectrum. Colour diamonds are a wonder of nature, each possessing a unique composition and variations that dictate rarity, value and desirability. Find more of these most radiant gems from Sotheby’s Hong Kong Magnificent Jewels auction on 7 October 2020. 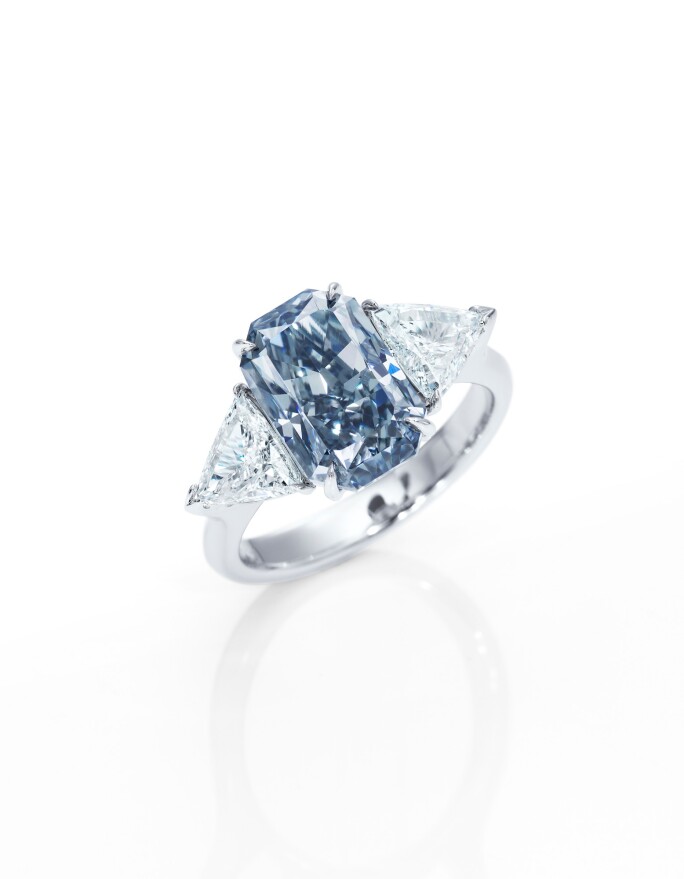 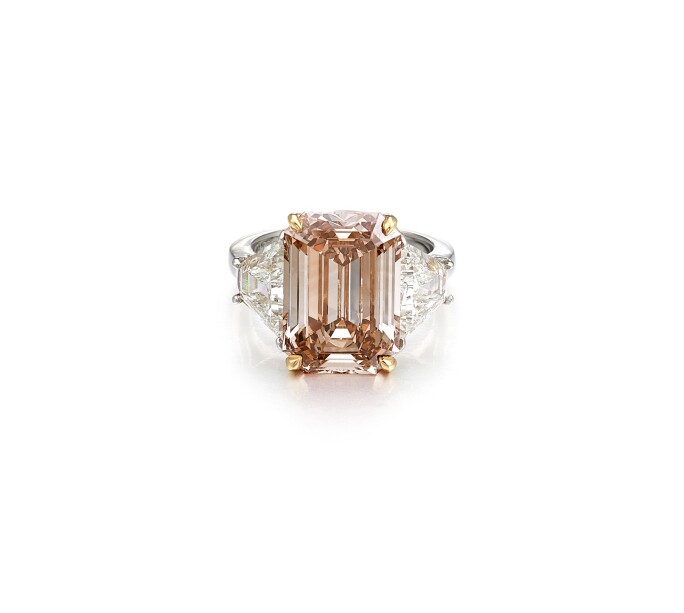 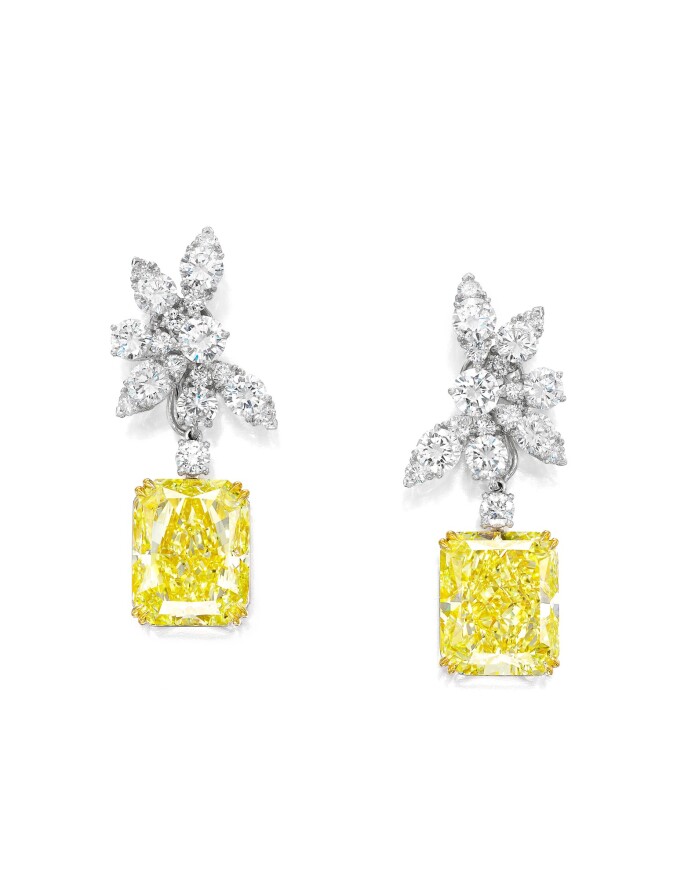 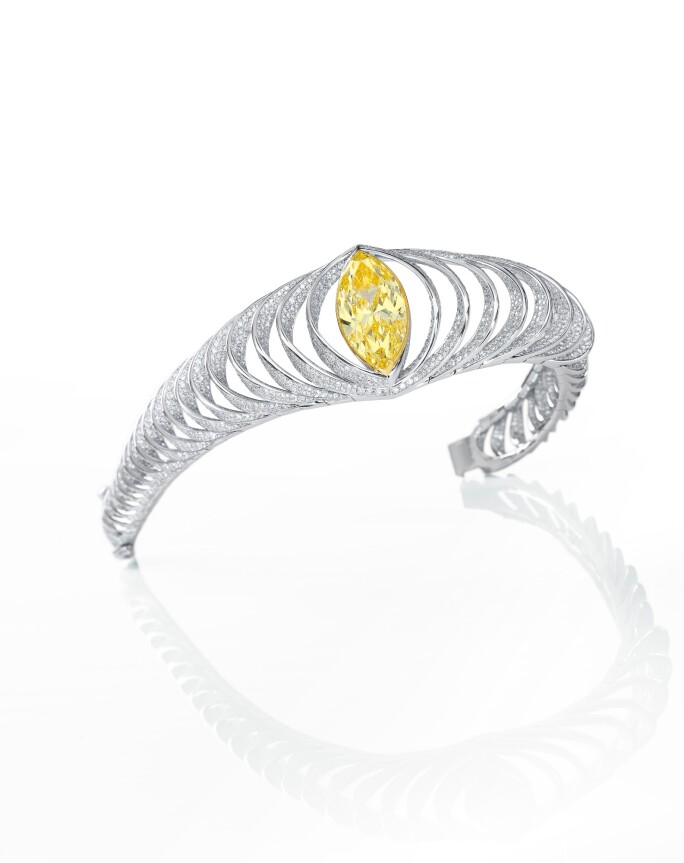 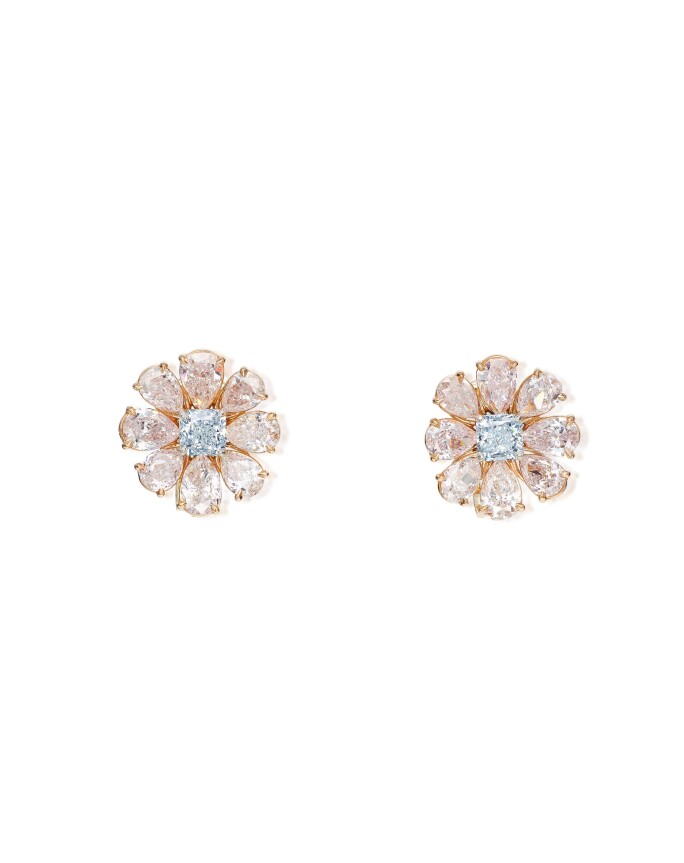 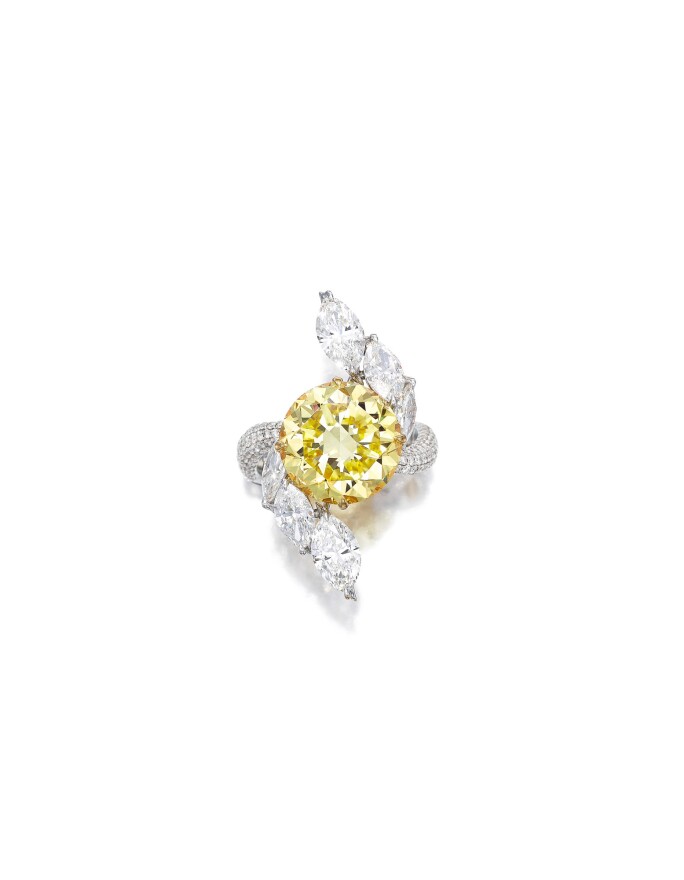 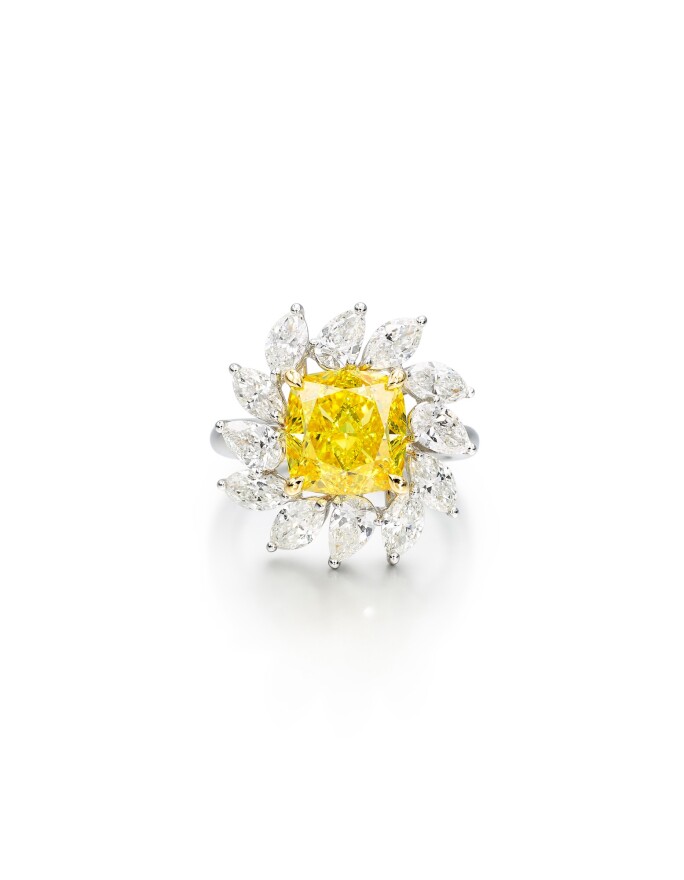 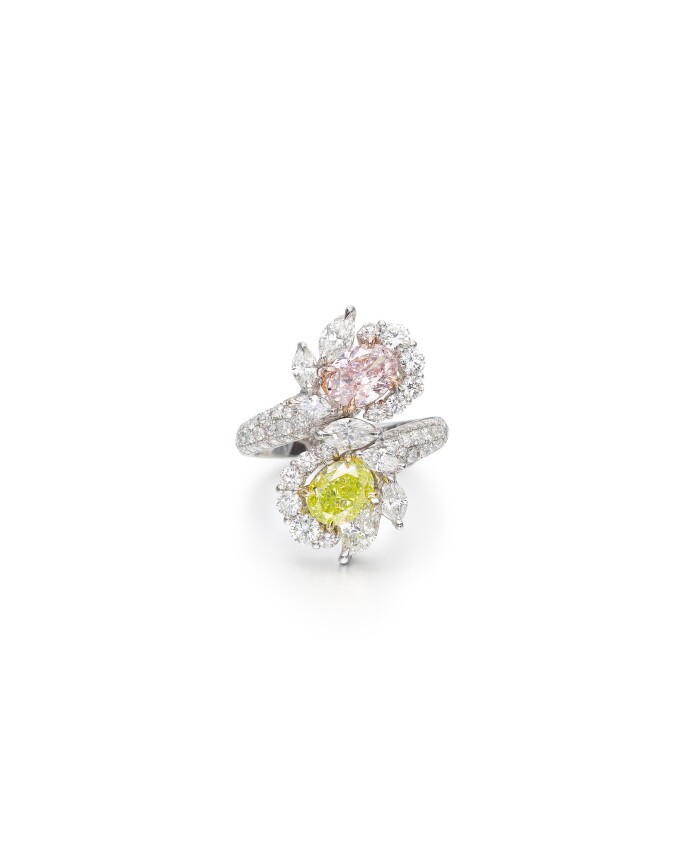 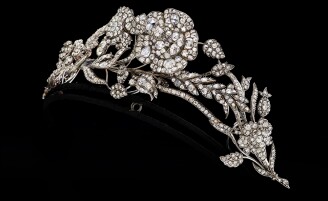 102.39 carat Flawless Diamond will be live streamed on 5 October at 9pm. Viewers will be able to access the multi-camera auction on the page linked below. 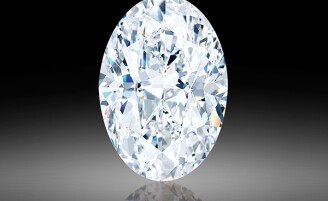