Sothebys: How did this image come about, what led you to create it?

Tyler Shields: I wanted to tell a story with a sequence of mouths. I got really into trying to take a perfect photo of the mouth and when I shoot I am normally looking for one image, but when I was making this I was looking for 16 great shots. It was a different way of thinking. When I saw the first print I knew it could be a special work, The mouth is a the gateway to the mind, and fortunately for me I am not the only one interested in mouths.

TS: Well that is quite the compliment. I think people draw the connection between Warhol and I because I have been able to make headlines just from making art the way I wanted to and I have been able to use actors in a way no one has ever seen them before. That’s what Warhol did. He showed you celebrity like you had never seen it before, and even in today's world of media obsession that is something that is hard to do, Warhol said in the future everyone would be famous for 15 minutes, well the future is here and anyone can be famous, but if everyone is famous then fame doesn’t have the same meaning it used to, so now its all about what you make and how you make people feel. Warhol was ahead of the curve and I have been fortunate enough to see my work hanging next to Warhol’s works which is a great accomplishment to say the least.

S: For you, what makes the image powerful, and how do you see the nature of that power evolving as time progresses?

TS: The most powerful images to me are the ones that make you feel. If an art work makes you feel something then you must have it. This is not an easy task: some people only make one work their whole life that can truly make someone feel, but when you do there is no better feeling, because for me I never get to see my own work through fresh eyes so I have to feel through someone else’s. Time changes everything. Images I took 10 years ago that made headline news and caused a stir are accepted now, because the world evolves.

S: What do you see as the relationship between hyperreality and reality today, and is there a difference anymore?

TS: We live in a hyper reality: content is a commodity, which is why art has become more important than ever. 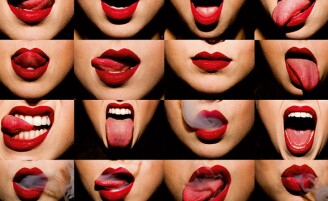