Santiniketan and Us: The Collection of Ranu and Niladri Chaki

By Ranu and Niladri Chaki

W e are not art collectors in the true sense. The diversity of our collection is a reflection of our lifelong fascination and admiration for all world cultures. Our collection is primarily shaped by our profound love for Rabindranath Tagore, his songs, poetry and his world, which steered us to paintings about the nature of Santiniketan or inspired by it. In line with this, we also collected paintings and sketches of the individuals who were related to Santiniketan during the time of Gurudev such as MK Gandhi, Charles Freer Andrews, Leonard Elmhirst and others. They are extremely precious to us and we have lived our daily life surrounded by them ever since.

In the beginning of our journey as art aesthetes, we received immense encouragement especially from Prof. Amiya Chakravarty, a distinguished Professor, noted Bengali poet and former Literary Secretary of Rabindranath Tagore. Our association with him bred in us a deep appreciation of art and literature. We distinctly remember our joy when with his help, we acquired the works of Jamini Roy and Nandalal Bose in our collection. We bought them directly from Jamini Roy and from the family of Nandalal Bose. Later we bought works by Asit Haldar, Mukul Dey, Atul Bose, Gopal Ghosh, Ramkinkar Baij, Maniklal Bandyopadhyay, Sunil Das and other artists.

While pursuing my career as a civil engineer, I (Niladri) also served as the Secretary of Bengal Studies at the University of Toronto for twelve years. In this extended role, together we organized many expositions to promote the legacy of Rabindranath Tagore and expand the conversation and awareness around our Bengali heritage. Two such exhibitions were Life and Culture of Bengal in 2005 at the University of Toronto and Rupasi Bangla- in Search of Roots at the North American Bengali Conference, Toronto Convention Centre in 2008, which featured some of these works. 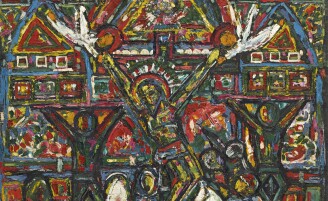 There are stories behind almost all the paintings and sketches. When Gandhi began his 26 days long historic Dandi March in 1930, Nandalal Bose was immensely inspired by that and started various sketches commemorating the march of Gandhi with his walking stick. We have acquired one of those sketches. There is a story behind Mukul Dey’s sketch of Gandhi in Satyagraha Ashram done in 1928. ‘Satyagraha’ means ‘ Insistence on Truth’. Dey’s sketch features Gandhi spinning the wheel, but his hands are not apparently visible. When I asked the 93-year old artist the reason behind this, he replied “Gandhi was spinning the wheel so fast to gain freedom for India that I could not see his hands…” When Rabindranath established his dream – Visva Bharati University – in 1921, he declared its motto as, “Where the world makes a home in a single nest.” This motto was a great declaration of multiculturalism, an idea close to Tagore’s heart. It was in line with the theme of Beethoven’s Ninth Symphony ‘All Men Will become Brothers’ and the slogan of England’s Anti-Slavery movement (prior to 1833) ‘Am I Not a Man and a Brother?’ This broad and underlying theme of Tagore’s institution and his own ideals attracted men like Charles Freer Andrews (also a close associate of Gandhi), Lord Leonard Elmhirst (largely responsible for creating Tagore’s Institute of Rural Reconstruction in Sriniketan), William Pearson (renowned educationist) and many other notables from around the world to Santiniketan. We feel lucky to have obtained the sketches of Andrews by Nandalal Bose and Elmhirst by Gopal Ghosh.

For us, our collection embodies the soul of our motherland – Bengal – from where ideas arose that transcended barriers to celebrate humanism and voice the notion of freedom and liberation which inspired a nation. The stalwarts at Santiniketan who created and implemented innovation in arts, crafts, education and progressive social programs carried them on for their lifetimes. When we look at our paintings we see a reflection of these ideals juxtaposed alongside Tagore’s own ideology as expressed in his vast literary canon. In purely aesthetic terms, the collection presents the themes that preoccupied artists of the time – the use of ink, depiction of rural life, focus on traditional Indian painting, inspiration from folk art, use of indigenous materials – that became the hallmark of the Bengal School.

There is a song Rabindranath Tagore composed in September 1909 -যা হারিয়ে যায় তা আগলে বসে রইব কত আ- “The things that are eventually lost, How long can I hold on to it” We present our paintings to the next generation of collectors as caretakers. They will remain in OUR memory until our last breath....

Property from the Collection of Ranu and Niladri Chaki 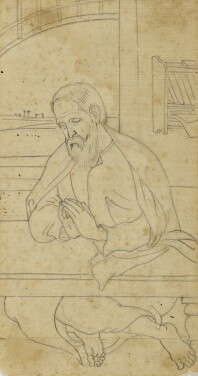 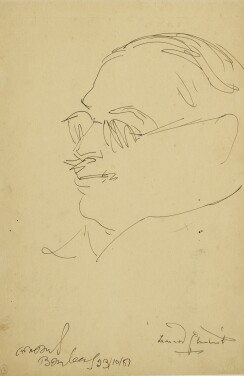 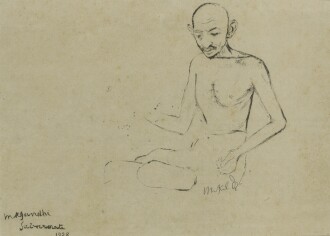 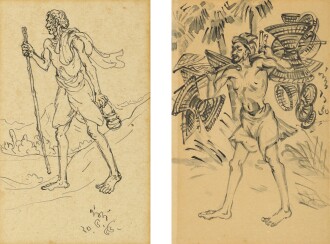 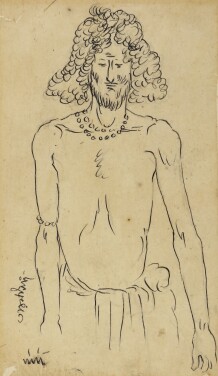 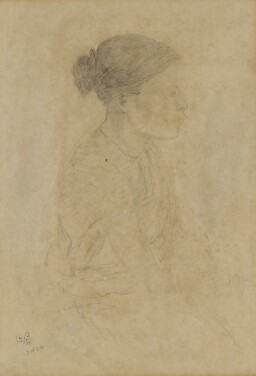 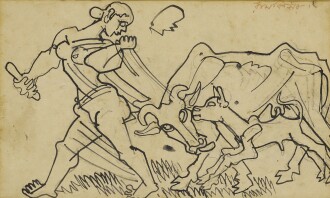 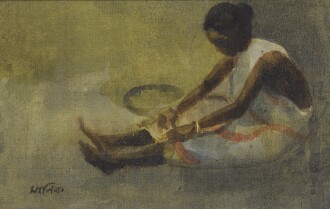 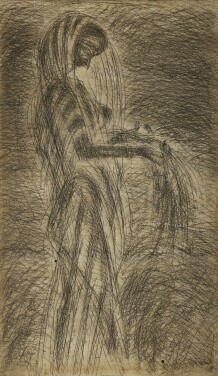 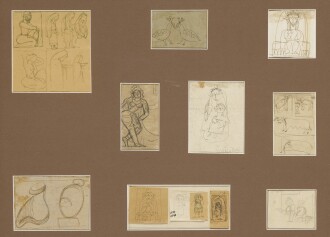 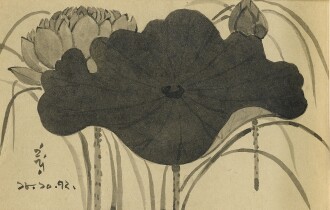 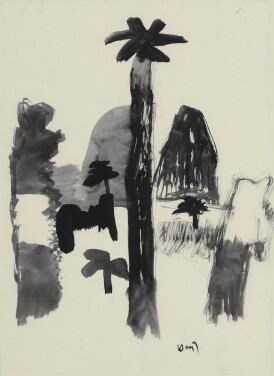 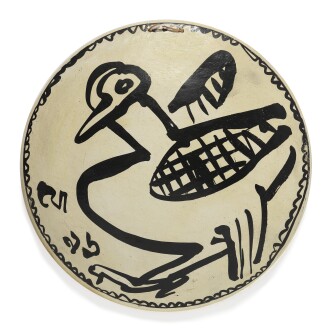