Ox: A testament of Friendship between Zhang Daqian and Xu Beihong

By Sotheby's
Xu Beihong is best known for his paintings of horses, but fellow artist Zhang Daqian was of the opinion that Xu's oxen were equally as brilliant. So impressed was Zhang that in his mind the ox would forever be associated with his good friend Xu.

Xu Beihong and Zhang Daqian met in 1929, and throughout their long friendship have maintained mutual admiration for one another’s talent and work. Xu was among the first wave of Chinese painters who traveled abroad to France to study art. He advocated the use of various Chinese painting media while also adopting Western techniques to transform traditional Chinese painting. Hence, he emphasized the details of light, color and composition.

In a show of utmost appreciation, Zhang once attempted to imitate Xu’s painting styles. In response, Xu gave high praise to his friend's interpretation. Zhang treasured the memory of this exchange throughout his life. After 1949, Zhang emigrated from China while Xu remained in the country, and so the two would never again have the chance to meet.

In 1979, thinking of his good friend, Zhang Daqian painted the form of the ox with a few simple strokes. In the panting the ‘Herdboy and the Ox,’ the animal rests on the ground next to the sitting boy, and their postures manifest a sense of tranquility. In the inscription, Zhang recounted his friendship with Xu Beihong in a touching reminisce of the past.

This painting is highlight in the exhibition Zhang Daqian: The Master at Sotheby’s Hong Kong Gallery. It is a heartfelt tribute from Zhang Daqian to Xu Beihong, a friend and artist he greatly admired. 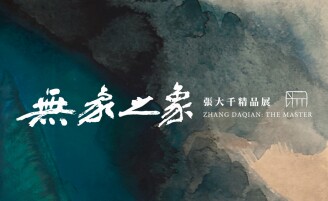