Books from Napoleon's Library In Exile

By Sotheby's
Sotheby's Books and Manuscripts sale on 21 November features a selection of works selected by Napoleon to accompany him into exile on Elba, read on to find out more about his choices.

T he Treaty of Fontainebleau was signed on 11 April 1814 and a few days later, on 20 April, Napoleon bid farewell to the Imperial Guard in the palace courtyard. The fallen emperor chose his own place of exile: Elba, which had been elevated into a principality, a stone’s throw from Corsica.

Napoleon set foot on this scrap of land on 4 May 1814 and chose I Mulini, a modest house overlooking the sea, as his place of residence. Seeking to rekindle some of the splendour of his former life, he expanded the house and had a library adjoining his bedroom built in his ground-floor apartments.

An avid reader since childhood, Napoleon picked out the books he wanted to bring with him into exile before he left Fontainebleau. A handwritten note by librarian Charles Rémard recounts the circumstances: “During the nine days he spent in the Palace of Fontainebleau after abdicating in April 1814, Napoleon chose 695 volumes from the two libraries, but especially from his private study, which were shipped to Elba.” They arrived with his trunks at the end of May.

Whether he read them for work or pleasure, books were a major part of his life. From literature to theatre, history, science, geography and the art of warfare, few subjects seem to have escaped his interest.
Napoleon planned to write his memoirs on Elba, so he needed a library worthy of the name. But it was not until his second exile, on the Island of Saint Helena, that he undertook the task. 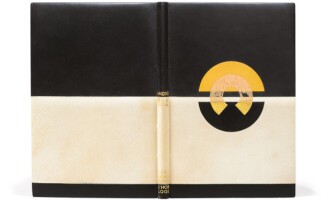