The Pioneering Pottery of Lucie Rie

"V ery few people in this country think of the making of pottery as an art" – so wrote Bernard Leach in May 1940. Yet the pottery that Leach wrote of – with "its own language and inherent laws"- had a presence within the broader British Arts scene since the beginning of the century through the likes of the Omega Workshops and the Seven & Five Society.

Today ceramics are held in equal esteem to the mediums of painting and sculpture, and clay celebrated for its great breadth and versatility. And whilst no single potter alone can be credited with this great accomplishment, the work of Lucie Rie has done much to promote studio ceramics, presenting them to a truly global audience.

Born in Vienna in 1902, Rie grew up in an environment steeped in the style and elegance of Viennese Modernism and enrolled at the Vienna Kumstgewerbeschule in 1922 where she learnt to throw. It was also whilst a student that she began to develop her in-depth scientific understanding and fascination with glazes – something which stayed with her throughout her life. Rie established a name for herself on the continent, winning prizes for her work at the International Exhibition in Paris in 1937 but following the Anschluss and the union of Austria with Nazi Germany she fled Vienna and, together with her husband, arrived in London.

The Britain that Rie arrived into was a world away from Vienna, both socially and in terms of the artistic environment and the ceramic scene. British studio pottery was dominated by the work and writings of Bernard Leach, who looked back to the historic craft tradition or further afield to the Japanese aesthetic. Rie grappled with this very alien approach, and despite her efforts, could not divorce herself from the European and Modernist ideals that she had learned on the continent.

Following the war, in which she produced glass and ceramic buttons to make a living, Rie set up her own studio in Albion Mews, North London – an address which was to remain her home for the rest of her life. It was to Albion Mews that another European émigré Hans Coper headed when he arrived in London, soon becoming apprentice and studio assistant to Rie, and beginning what was to remain a lifelong friendship. Together they worked on stylish functional ceramics which were sold in leading department stores in London and New York.

Just as the broader art scene in London shifted in the early 1960s, so too did Rie’s work, with the introduction of new, thick, textured glazes and by the 1970s the introduction of pinks and blues which served to emphasize the elegance of her thrown forms.

Rie experimented further with glazes, pushing the boundaries with her fantastically detailed and painterly design, many of which have the same gestural expression of a painting by Pollock or de Kooning, and her bright and brilliant bowls topped with luscious wrinkled bronze rims. Unlike most other potters of the period Rie’s works were fired only once, and the glaze was applied by brush when the clay was still raw and unfired. Not only did this make economic sense with only a single firing, but resulted in surfaces, textures and colours that appear more vivid and alive.

During her lifetime Rie’s work was celebrated extensively, from the 1951 Festival of Britain Exhibition, through to major retrospectives in New York’s Metropolitan Museum of Art, London’s Victoria & Albert Museum and the Sainsbury Centre for the Visual Arts in Norwich. Rie was also met with great commercial success, including through the then leading Fischer Fine Art Gallery in London. And when in the late 1980s Anita Besson, who worked at the gallery left to set up on her own, Rie naturally followed.

"Her work, timeless and majestic, remains a lasting and enduring testament to the art of the potter."

At her gallery Besson sought out the best of Rie’s work, with all three of works included in June’s auction purchased through her in the 1990s. Rie irrevocably changed the landscape of ceramics in Britain, and the works that she produced help to elevate the position of pottery to that of the fine arts, paving the way for later generations and leaving behind a rich and unrivalled ceramic legacy within the British art scene. Her work is celebrated as part of Sotheby’s 9–16 March sale of Made in Britain. 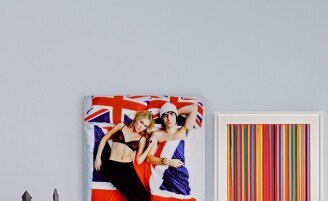