Both Marlene Dumas and Michael Borremans are widely acclaimed for their figurative works, two striking examples of which are included in the upcoming Contemporary Art Evening and Day sales respectively.

Almost monochromatic in execution, Marlene Dumas’ Imaginary 1 belongs to a series of works that uses the human figure to explore what it is to depict death in paint. She explains: “I wondered if one could paint death, death as an abstract thing, like the way you paint love or loss. I was thinking about such questions even before I started making paintings on the subject” (Marlene Dumas in conversation with Theodora Vischer, ‘On Painting’, in: Exh. Cat., London, Tate Modern (and travelling), Marlene Dumas: The Image as Burden, 2014-15, p. 167).

Imaginary 1 is the first of four works that depict anonymous and child-like victims of hanging, the second of which belongs to the Rubell Family Collection, Miami. Wearing simple black dresses, they appear doll-like, with faces unintelligible through the veils of hair that disguise their features. The figures are placed within an undetermined white void, helping to evoke the unknowable silence of death itself.

Similarly, in Prospects Borremans uses a neutral background, here to set up an atmosphere that seems staged and ambiguous, as in a movie scene set in the 1930s of 1940s. The present work is typical of Borremans’ imaginary set-ups that, whilst initially puzzling, seem to suggest a fascinating depth of narrative. “The unusual angles, close-ups, subdued palette, and secluded figures Borremans uses to compose his paintings may heighten a sense of the fragmentary or incomplete, creating a feeling of discomfort and unease, but they also connect logically to the visual language of film” (Jeffrey Gove, ‘Not Too Sweet’ in: Exh. Cat., Brussels, Center for Fine Arts, Michaël Borremans: As Sweet as it Gets, 2014, p. 13).

As with Dumas, Borremans is interested in the ambiguities that arise through the very act of painting. As the artist explained, “painting is […] about representation, and representation in visual culture is a theme for me. Painting is a representation and I paint a representation of the representation… [W]e dedicate painting to the Imaginary. It’s not used as a documentary medium any more. So that makes the whole thing very confused, and I like that, this chaos” (Michaël Borremans in conversation with Jeffrey Gove: ibid., p. 33). 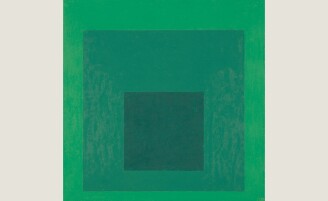