History of the Minaudière


A minaudière (which translates literally to “coquettish woman” from the French verb “minauder”) is a small, metal evening bag made in oblong, or square shapes, and designed to hold cosmetics. A decorative piece that is often adorned with jewels to sparkle, the minaudière deviates from the traditional evening bag in two ways: it is hard-sided (as opposed to being made of luxury fabrics or precious skins), and it tends to include an optional shoulder strap, attached to the frame.

While the origin story of the minaudière tends to vary, it is generally agreed upon that the style first emerged during the 1920s, in direct correlation with “flapper” culture. Self-liberated and fashion forward, these flapper women were eager to sport fashion accessories that could complement their higher hemlines and bob hairstyles. As such, the versatile and chic minaudière was perfectly in line with the contemporary spirit, taking direct influence from the exuberant Jazz Age and Art Deco movements.

In 1933, luxury jeweler Van Cleef & Arpels designed its very own minaudière, and the style reached unprecedented heights. As the perfect intersection between jewelry and handbags, the minaudière quickly cememented a place in mainstream fashion, as other designers experimented with it and expanded their product offerings. This iconic accessory has continued to evolve over the last century, but the defining ideals of dazzling elegance and opulence have remained constant.


On the contemporary stage, Chanel is a leading figure in the creation of novelty minaudières. Under the direction of Karl Lagerfeld, Chanel minaudières were designed with an emphasis on comprehensive hardware and striking embellishments. Beginning in the early 2000’s, Lagerfeld took inspiration from this historically rich style and reimagined the minaudière for the modern day, making it a global phenomenon once again. Typically seen on the ready-to-wear runway or in Chanel’s annual Métiers d’Art collections, these tiny yet impactful evening bags are designed to encapsulate the theme of the show, catching the audience’s eye with their intricate detail and striking design.

Each season, these show-stopping pieces are introduced on the runway, inspiring Chanel collectors around the world. While the creations are always novel and unexpected, the base of Chanel minaudières are typically made of a combination of plexiglass and acrylic, sometimes referred to as Lucite. The unique design of a Chanel minaudière is any Chanel lover’s dream, but they are accessible to very few. Produced in extremely limited quantities, these sought-after accessories are only made available to Chanel’s top clients via boutiques.

The Price Tag on Novelty


As can be imagined, with such rare, special bags, comes a hefty price tag. The most ubiquitous plexiglass models often reach above $10,000 at retail, with the more extravagant minaudières (made with precious materials like pearls, exotic skins, and fine gems) landing upwards of $40,000. Yet, the demand is unwaveringly there, as Chanel lovers will pay any price for Karl Lagerfeld’s timeless creations. Sotheby’s offers some of the most highly desired Chanel minaudières ever crafted, as highlighted below.


After debuting in the Chanel Cruise 2014 collection, the Perfume Bottle minaudière was a sensational hit. Modeled after the No. 5 Perfume bottle, Chanel transformed the design of this iconic fragrance into a lucite minaudière in black and translucent varieties. An instant success among Chanel collectors, two more versions were introduced as part of the Paris-Roma Métiers d’Art collection in 2016. These sought-after variations – one in white marble motif and the other in black with gold stripes – were made even more exclusive than their predecessors. Instead of being included in the public runway show, these minaudières were sent directly to boutiques and offered only to Chanel’s most VIP clients. The limited availability of the Perfume Bottle Bag enhances its appeal, as it remains a coveted piece on the resale market. A modern interpretation of Chanel’s most recognizable perfume bottle, this playful conversation piece is a dream evening bag.


Crafted from glossy black plexiglass and adorned with contrasting crystals, pearls and playful designs, Chanel’s Robot Minaudière is an evening bag show-stopper. The back of the bag features a naturalistic camellia flower, a motif that is synonymous with the brand. Allegedly, the camellia quickly became Coco Chanel's favorite flower after her lover, Boy Capel, gifted her with her first bouquet of them. She regularly pinned silk versions to her lapels and hair. The clean lines and bold look, accompanied by a crossbody chain strap, solidify this novelty minaudière as every bag collector’s dream.


As Karl Lagerfeld’s final minaudière creation before his passing, the Ski Gondola has cemented a place in fashion history. Made of lucite, lacquer, and crystal, this minaudière is a playful, luxurious nod to the iconic alpine transport of ski mountains around the world. If you look close enough, you will notice “coco” and interlocking CCs on the frosted windows, meant to look as if they’ve been hand drawn from the inside of the fogged up structure. Another adorable novelty detail is the miniature skis and polls located on both sides of the gondola. Produced in black, turquoise and white, each with a detachable chain strap, the demand for this particular minaudière is beyond compare. 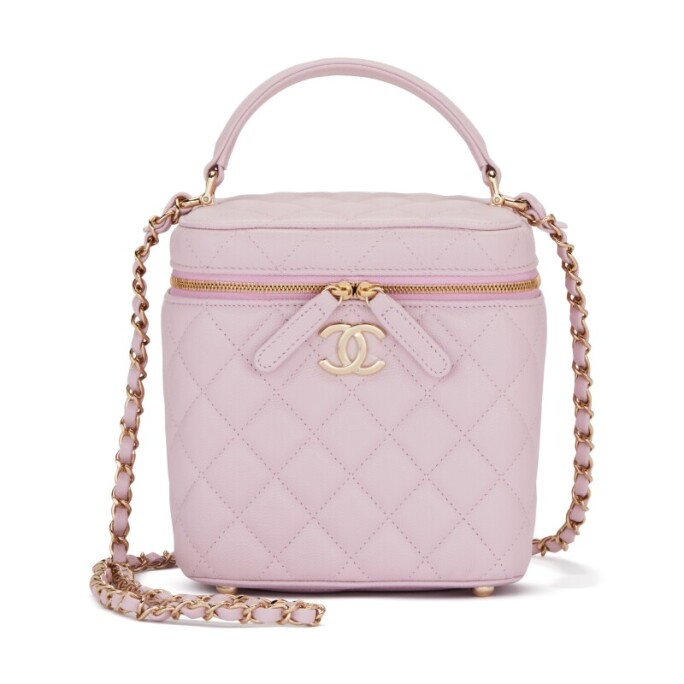 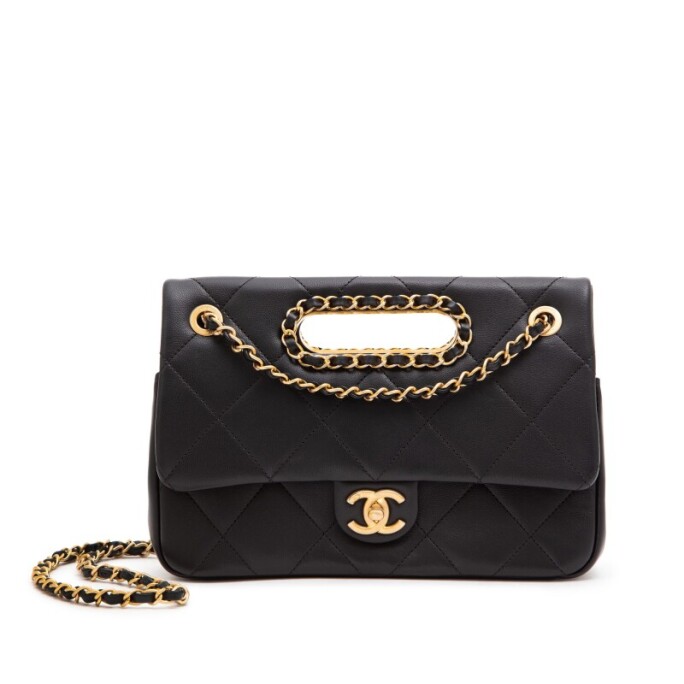 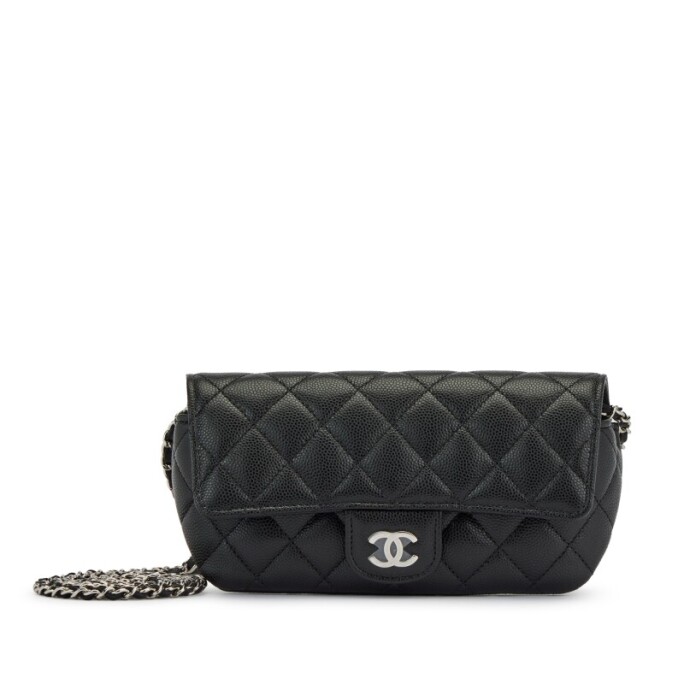 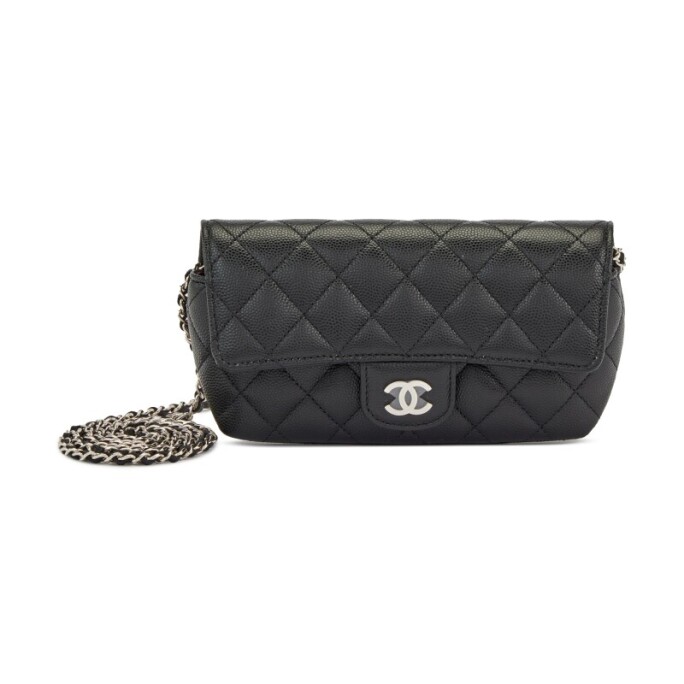 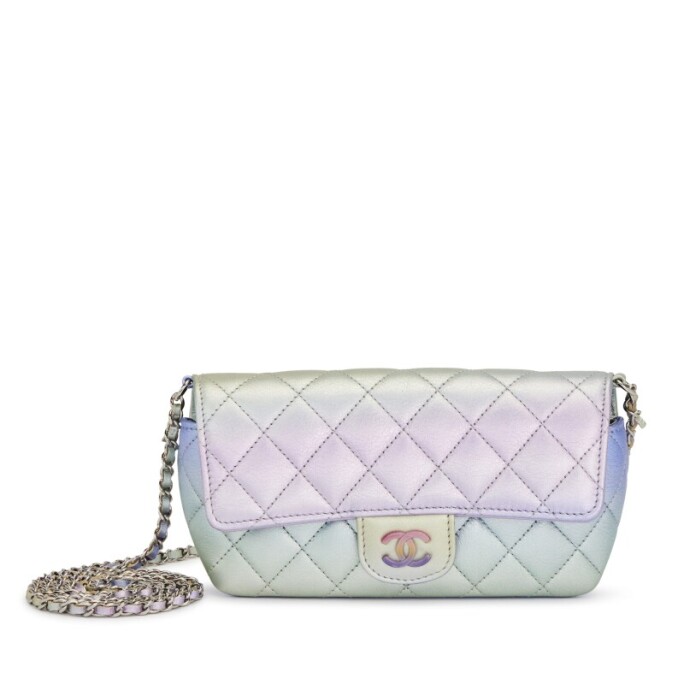 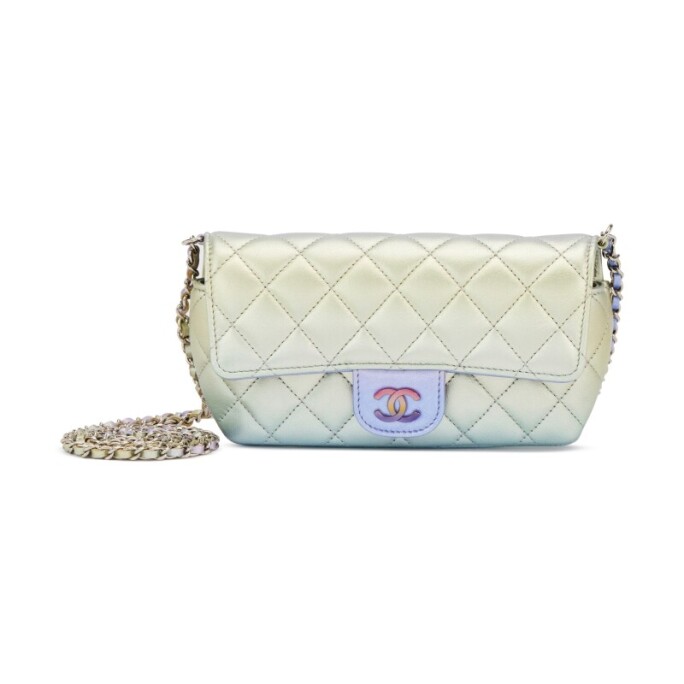 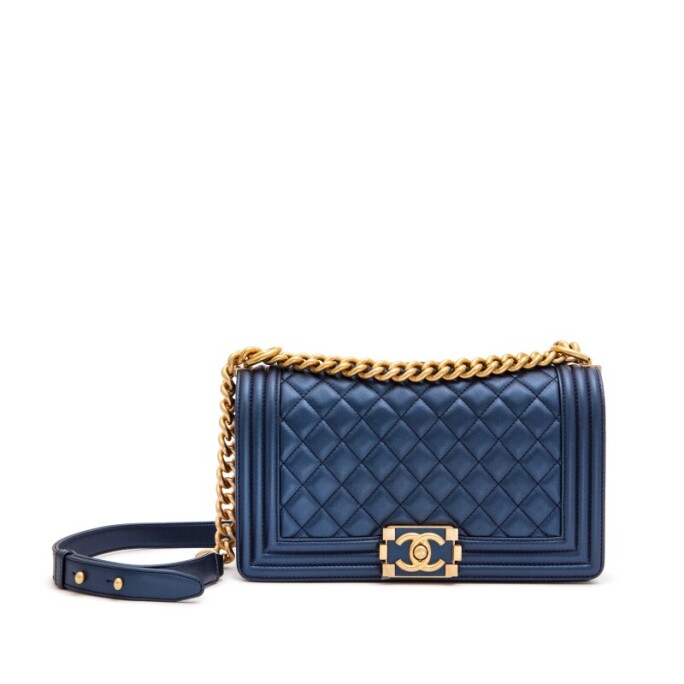 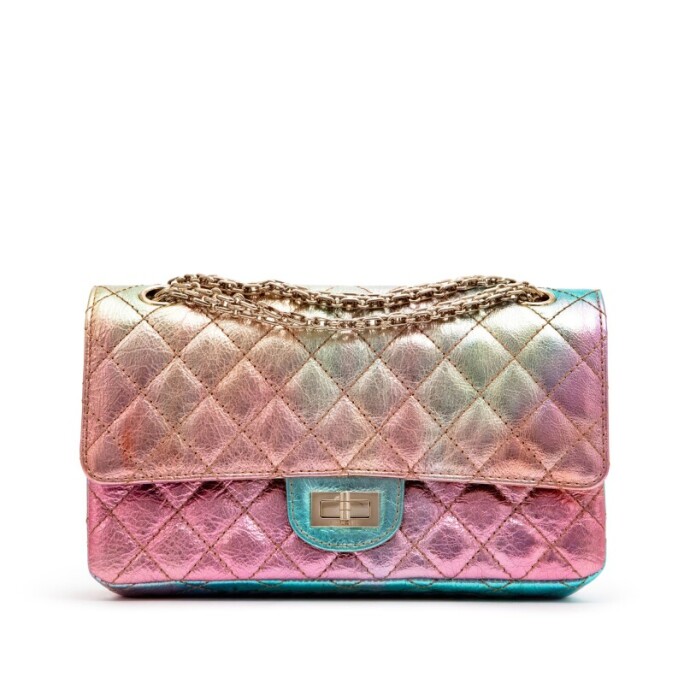 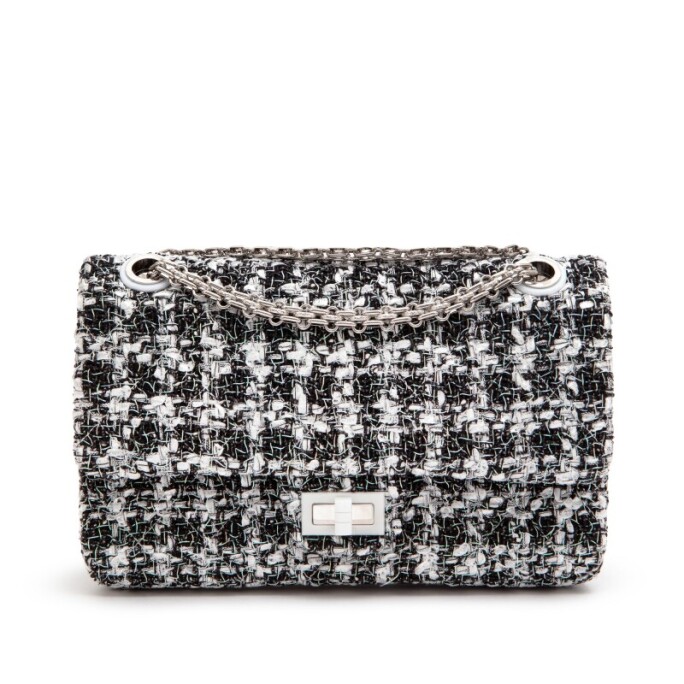 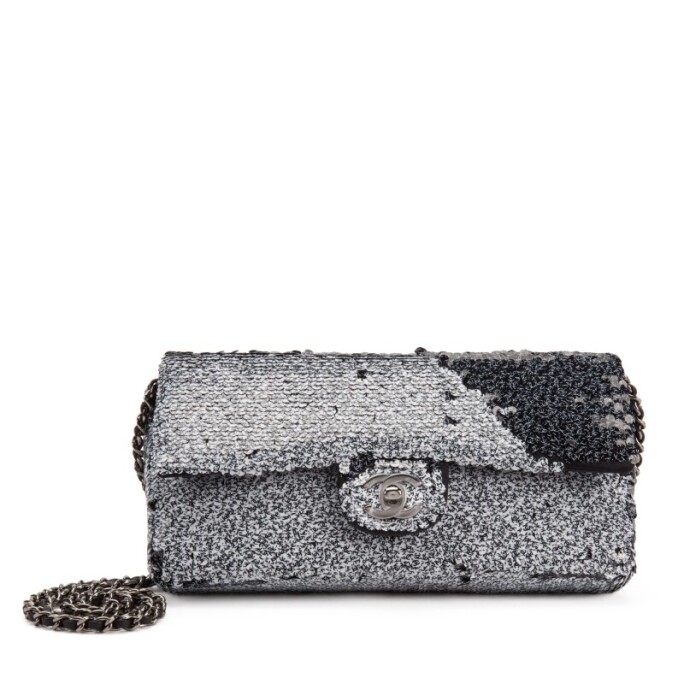