By Erica Kagan
Shop a curated selection of Chanel bags: vintage classics and the best modern styles all available for immediate purchase.


WhenGabrielle “Coco” Chanel launched her first perfume – N°5 – in 1921, she was already a force to be reckoned with in the Paris fashion world. From haute couture fashion and handbags to beauty products, each facet of the Chanel brand was, and still is, inspired by Coco Chanel’s revolutionary spirit. After having no choice but to close its doors during World War II,Coco Chanel reopened her Couture House in Paris in 1954, signifying her lasting comeback. The following year, Chanel designed her most iconic handbag to date: the “2.55”. By the 1960s, Chanel was a global, household name, worn by the most prominent women of the era. Coco Chanel passed away in 1971, but her legacy lived on. The arrival ofKarl Lagerfeld in 1983 was a pivotal moment for the Chanel brand, as he breathed new life into the iconic fashion house, designing for the modern woman. The success of Chanel is largely attributed to the entrepreneurial spirit and creativity of its founder, and the abilities of her successors to reinvent with timeless allure. The House of Chanel has created some of the most legendary fashion pieces of all time, continuing to withstand the test of time.


An innovator in a realm of her own, Gabrielle “Coco” Chanel reimagined fashion for the modern woman, breaking boundaries with each item she designed. In February 1955, Coco Chanel created the 2.55 Flap Bag (hence the name), and history was made. The Chanel 2.55 Flap signified fashion liberation: it was the first bag made for women to come with a shoulder strap, freeing them from the constraints of the impractical clutch. Rebellious and controversial, this Chanel handbag was a revelation, and women were immediately drawn in. With an emphasis on practicality, each detail – from the adjustable chain strap to the accessible back slip pocket – caters to women’s every need. The Chanel bag that changed it all, the 2.55 Flap also manifested two iconic Chanel handbag details: diamond-stitched quilting (inspired by men’s jackets at the racetrack), and the deep burgundy hue of the interior lining. Also according to fashion lore, the iconic burgundy leather interior lining of this Chanel purse represents the color of the uniform that Gabrielle Chanel wore in the Aubazine Abbey convent as a child in France. Arguably the most famous Chanel bag of all time, the 2.55 Flap bag is a timeless icon.


The Chanel handbag that would ultimately become synonymous with the brand was not created until 1983. The Chanel Classic Double Flap was first introduced when Karl Lagerfeld became creative director and decided to reinterpret Chanel’s iconic 2.55 Flap Bag. From his artistic vision came two new features – a leather woven chain and Double C turn-lock closure. Lagerfeld’s Classic Double Flap was a breakout success. In spring 2021, the Chanel Classic Flap was renamed to the 11.12, in honor of the original Medium Classic Flap’s style code – A01112. The universal wearability and simplicity of the Chanel Classic Double Flap solidifies this handbag as an iconic statement piece. In addition, the Classic Flap comes with an endless range of options, including quilting (the iconic classic vs. the more youthful chevron), leathers, sizes, and hardware combinations. While the Chanel Classic Flap comes in two main variations – single and double – the double flap version has an extra interior flap. This interior flap separates the interior of the handbag from the main exterior flap. Beyond the practicality of the Chanel Double Flap’s multiple pockets to organize one’s daily essentials, a playful anecdote has long been rumored around the history of these compartments – Chanel purse loyalists say that Coco Chanel would hide her love letters in the zip pocket located underneath the handbag’s outer flap. Each Classic Double Flap bag is handcrafted at the Ateliers de Verneuil-en-Halatte, one of Chanel’s prized Metiers d’Art workshops. The artisans at this shop have each trained for a minimum of four years, mastering every technique required to meticulously craft the Chanel Classic Double Flap, a process that takes a total of 15 hours and up to 180 operations. Almost thirty years later, and out of all the Chanel handbags on the market, the Classic Double Flap remains one of the most sought-after pieces ever crafted.


Effortlessly stylish, simple and chic, the Chanel Wallet on Chain (WOC), is a must-have staple for any woman on the go. Known for its versatile 24-inch chain strap and practicality of its many compartments, the Chanel WOC holds the status of a classic Chanel handbag while also being uniquely compact in size. With the wallet built into the WOC, these Chanel handbags brilliantly combine small size with efficient space. Moreover, the versatility of the strap is a defining feature of this Chanel purse. The WOC handbag can be worn over the shoulder, as a crossbody, or even as a clutch/wallet with the strap tucked in. Providing all of the coin, cash and card space you could need, this Chanel handbag is a functional and fashionable statement piece. Naturally, it is also among the most popular Chanel bags on the resale market, as the value of the WOC only continues to grow.


Debuted in 2011 in Chanel’s Fall/Winter collection, the Chanel Boy Bag struck a chord among lovers of Chanel handbags and romantics alike, cementing a place as a mainstay in Chanel’s collection. As one of the great modern storytellers, Karl Lagerfeld explained, “Chanel used men’s underwear to make dresses; she had this boyish attitude, in fact, it is the very spirit of Chanel. She got it from Boy Capel, the great love of her life, which, incidentally, explains why the new bag is called the Boy Chanel.” Arthur “Boy” Capel was a polo player and Coco Chanel’s greatest love, with whom she had a nine-year passionate affair. With the Boy Bag, Chanel offers a more masculine edge, paying homage to the radical spirit of Coco Chanel and her mission to push the boundaries of femininity and gender norms. To little surprise, this Chanel bag was met with a surge of demand, quickly becoming one of Chanel’s most sought-after styles among style icons like Miley Cyrus and Stella Maxwell. Characterized by its lego-brick lock and main body framed by straight edges, the Chanel Boy Bag is admired for its versatile silhouette and unique, limited-edition versions. Nearly every season, exciting and unexpected variations of the Boy Bag are released, keeping the Chanel community on its toes and always eager for more.


After debuting in the Chanel Cruise 2014 collection, the plexiglass Perfume Bottle Bag was a sensational hit. Modeled after the iconic Chanel No. 5 Perfume bottle, these unconventional Chanel bags are adored among fashion trendsetters. Sported by the likes of Kim Kardashian and Kris Jenner, this Chanel purse shines in the spotlight. The limited availability of the Perfume Bottle Bag enhances its appeal, as it remains a coveted piece on the resale market. A modern interpretation of Chanel’s most recognizable perfume bottle, this playful conversation piece is a dream evening bag.


Reminiscent of the Audrey Hepburn era, the Chanel Vanity is a modern interpretation of the vanity cases women would use to carry cosmetics and toiletries during travel. First introduced in ‘90s, and reimagined in the Chanel Airlines Spring/Summer 2016 collection, the Vanity purse is both nostalgic and practical, with all the staple features of classic Chanel handbags. Much like the structure of real luggage, this Chanel purse unzips around the entire perimeter and contains numerous compartments for storage. Novel and glamorous in appearance, but practical and versatile in function, the Chanel Vanity is a stand-out piece that belongs in every woman’s handbag collection.


In honor of Gabrielle Chanel herself, the newest Chanel handbag to covet is the Gabrielle: a perfect intersection of elegance and functionality. Introduced in the Spring/Summer 2017 show, the Gabrielle bag marked Chanel’s first major handbag launch since ‘The Boy’ in 2011. Inspired by virtual reality goggles, Karl Lagerfeld playfully designed the Gabrielle bag, confidently leaning into unisex fashion. The Gabrielle comes in a classic hobo version, a backpack, large shopper and a more whimsical handbag shape. Further enhancing the functionality of the Gabrielle is the double straps of different lengths, transforming this Chanel handbag’s wear for any occasion.


Named after 2019, the year it debuted, the Chanel 19 handbag quickly rose to legendary status. Unveiled in March 2019 for the Fall/Winter 2019 collection, the Chanel 19 would be solidified in history as the last major handbag designed by Karl Lagerfeld, before he passed away in February 2019. In a collaborative effort, Largerfeld and Virginie Viard – Chanel’s current creative director – reimagined and paid tribute to the iconic Chanel 2.55 bag. The Chanel 19 also takes inspiration from the Classic Flap, Karl Lagerfeld’s first homage to the Chanel 2.55. Recognized for its contemporary feel, the Chanel 19 is much slouchier than its predecessors, and the strap is composed of three chunky chains in silver, aged gold and ruthenium. Additionally, the gold chain handle and exaggerated diamond quilting enhance the Chanel 19’s casual, chic style and sought-after signature design. 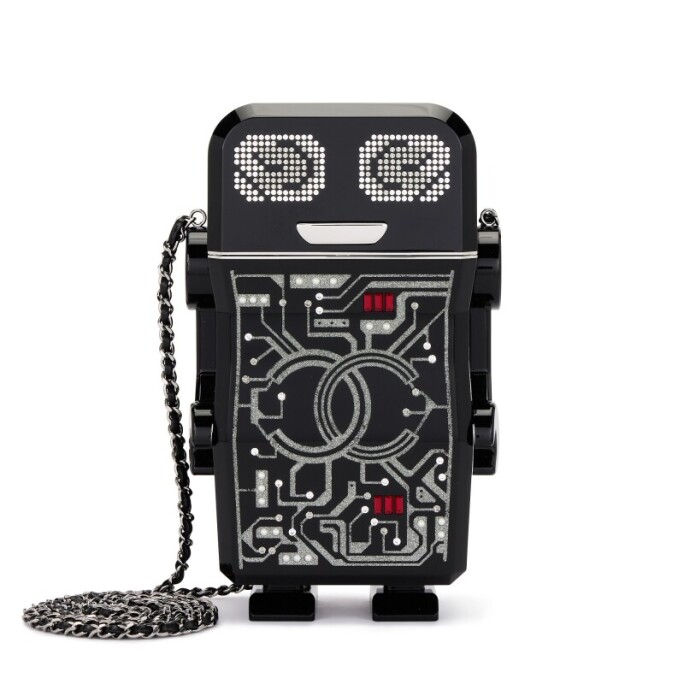 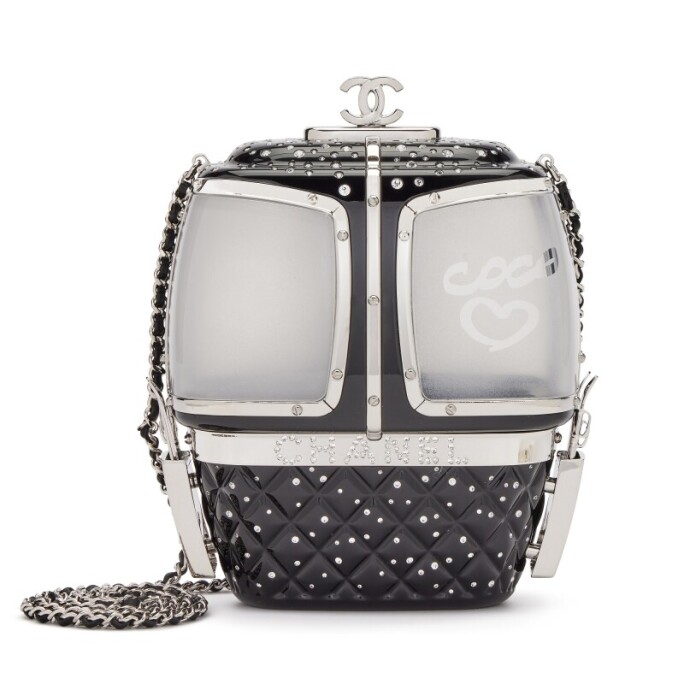 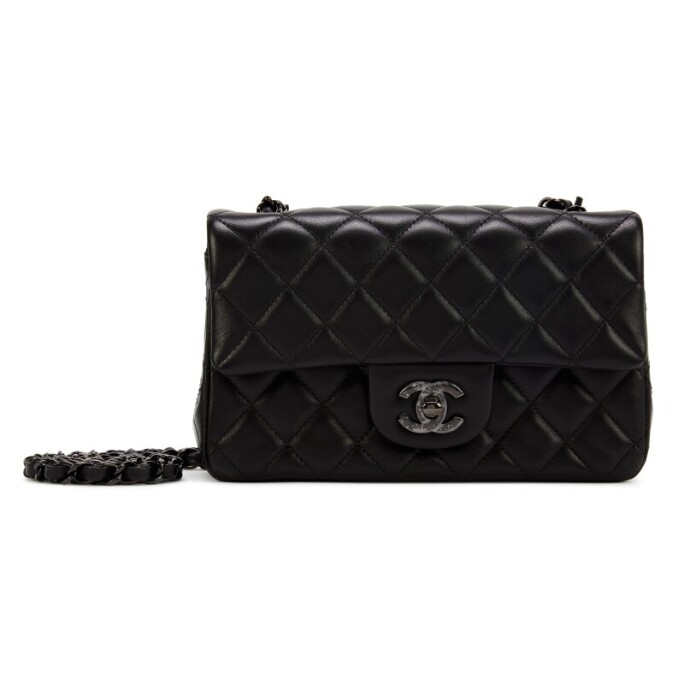 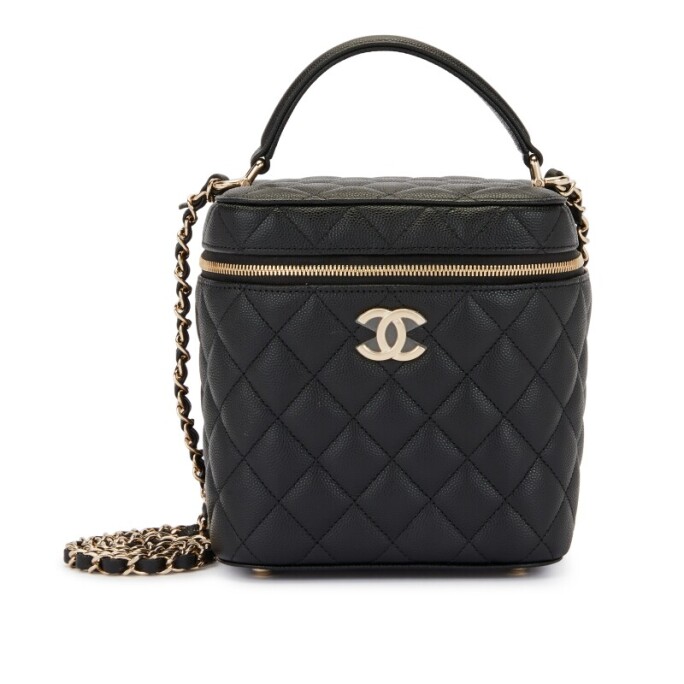 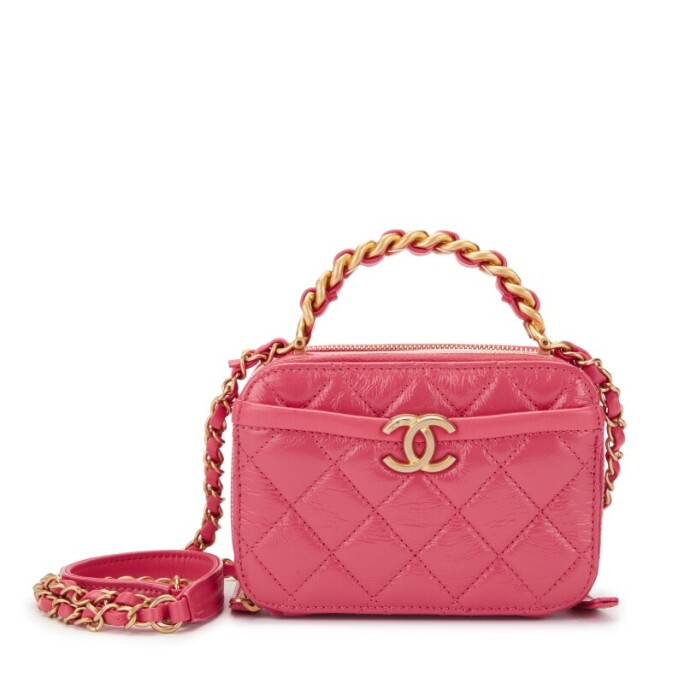 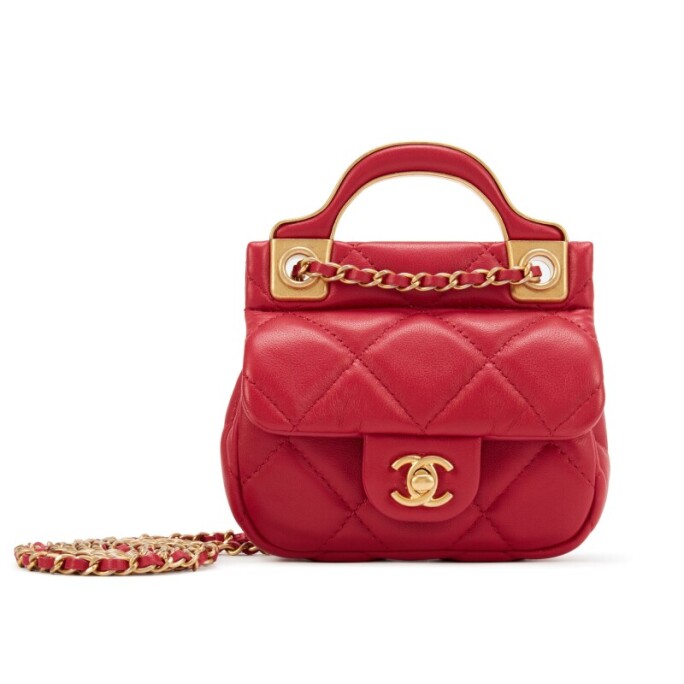 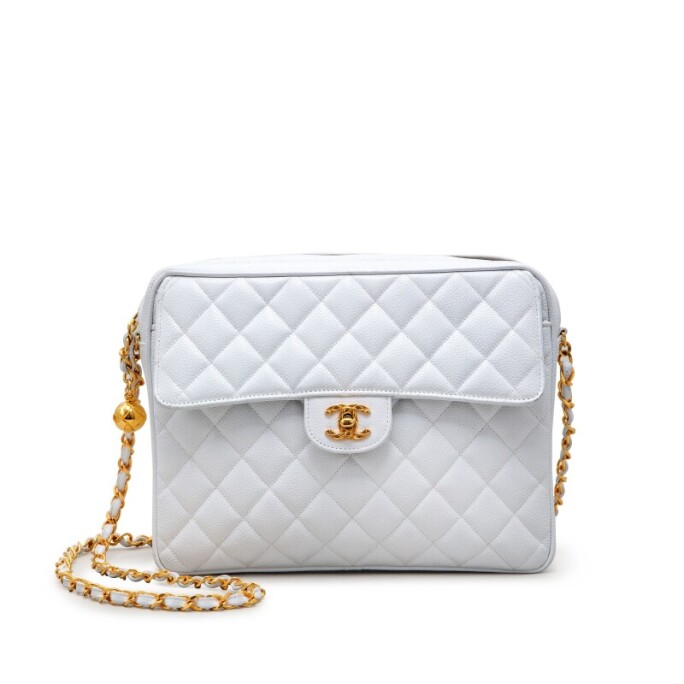 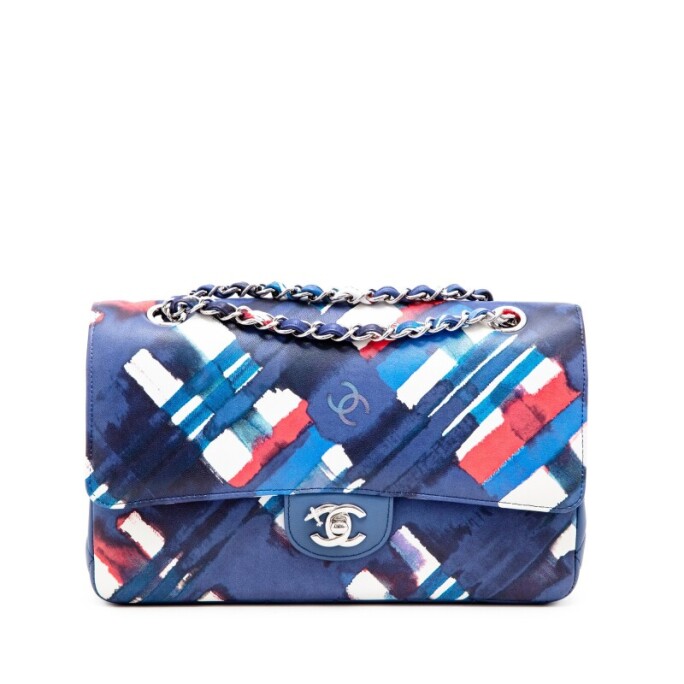 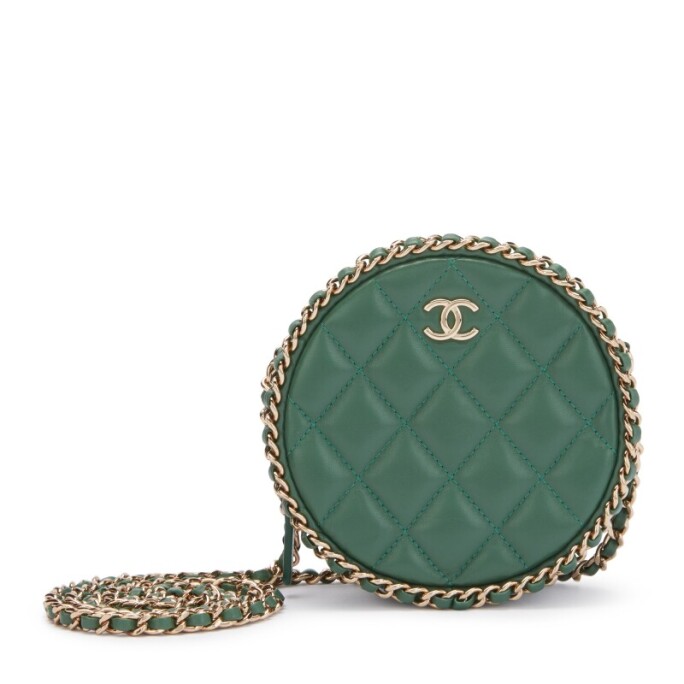 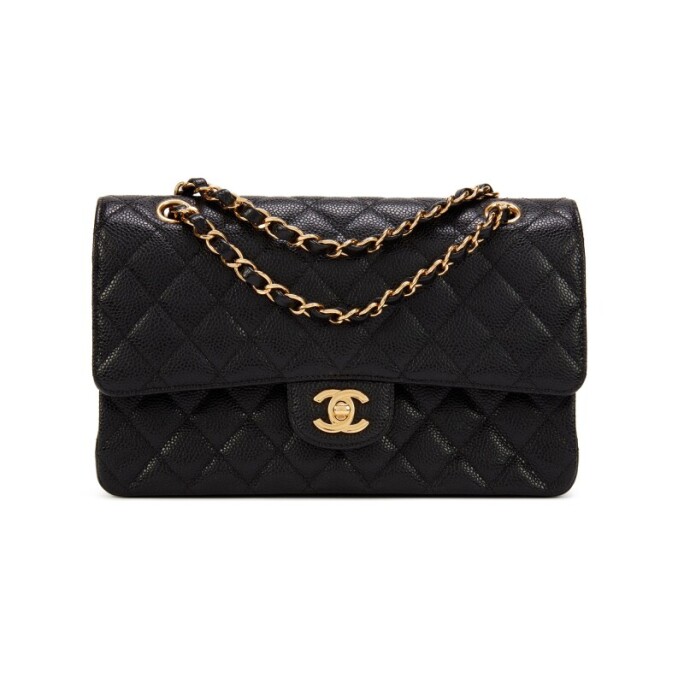