Andy Warhol, Edvard Munch and the Legacy of Expressionism in Pop Art

A t first glance, Andy Warhol and Edvard Munch appear worlds apart. History remembers Munch as the archetypal brooding, tortured artist, while Warhol rose to stardom as the creative darling of New York’s glittering social scene. A close consideration of Warhol’s After Munch series, however, reveals that the Pop pioneer and his printmaking predecessor were, surprisingly, kindred spirits. Though separated geographically and temporally, the 20th-century icons shared common ground in life and art.

Warhol developed an affinity for Scandinavian culture while working towards his first international solo exhibition at Stockholm’s Moderna Museet in 1968. A turbulent year for Warhol, this major success was followed by Valerie Solanas’ assassination attempt at his famed Factory. Like Munch, who lost several finger joints to a bullet during a lover’s quarrel, Warhol survived, but endured the repercussions for the rest of his life, wearing a medical corset to keep his organs intact. He didn’t let his injuries slow him down, however, and returned to Scandinavia in 1973, this time making a point to visit the National Gallery and Munch Museet in Oslo.

Dazzled by Munch’s woodcuts and lithographs, Warhol began collecting his prints immediately. Fate would bring the painter-printmakers together again a decade later in New York, when Galleri Bellman exhibited a Munch retrospective just minutes away from Warhol Enterprises - the artist’s new, secure studio. Impressed by the 126 paintings and graphic works on view, Warhol returned to Bellman repeatedly, especially captivated by the Norwegian’s experimental prints. Bellman eventually commissioned their frequent visitor to create 15 paintings after Munch artworks of his choice. Warhol elected to emulate four of Munch’s best known lithographs, re-interpreting them on canvas: The Scream, The Brooch. Eva Mudocci, Madonna and Self-Portrait. 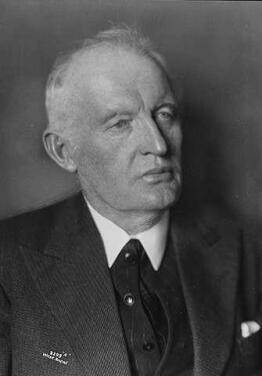 Pleased with Warhol’s results, Galleri Bellman then proposed that he collaborate with the illustrious printer Rupert Jasen Smith to create After Munch screenprint portfolios in a similar Pop-infused vein. Warhol was meant to create an edition of 180 portfolios, each comprising three screenprints, plus 36 artist’s proofs. The project was halted, however, when the gallery closed unexpectedly, leaving the artist with an unknown number of trial proofs in unique colours.

Swathed in a royal purple mane, for instance, Warhol’s Eva Mudocci (After Munch) is lust personified. Just as Marilyn Monroe captured Warhol’s imagination, English violinist Eva Mudocci captured Munch’s heart. The Norwegian slaved over her likeness, Mudocci recalled: “It was [Munch’s] ambition to make the most perfect portrait of me, but whenever he began a canvas for oils, he destroyed it because he was dissatisfied with it. The lithographs were better…” (Eva Mudocci quoted in: Patricia Berman and Pari Stave, Munch/Warhol and the Multiple Image, New York, 2013, p. 22). Eva’s rebellious spirit is just as striking in Munch’s early lithograph as it is in Warhol’s kaleidoscopic reinterpretation, demonstrating her timeless appeal.

Warhol's Madonna and Self-Portrait with Skeleton’s Arm (After Munch) remains true to the Norwegian’s original work. Munch’s somber self-portrait, framed by a skeleton’s arm, or memento mori, reveals his preoccupation with death. Both Warhol and Munch lost a parent by the time they were 14, perhaps contributing to their morbid fears. While completing his After Munch series, Warhol grappled with his inner demons, as reflected in his contemporaneous self-portraits. By recreating Munch’s existential fears, his joys, and concerns, Warhol seems to have found an outlet through which to explore his own. 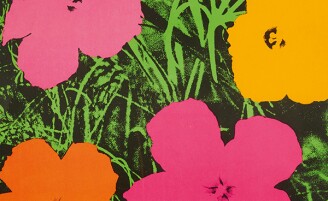