T his is the year of Rembrandt. As the world celebrates the 350th anniversary of the Dutch master’s death, museums and institutions are revisiting the artist’s vision, a bold collision of light and dark, life and death, introspection and observation, which he captured in drawings, paintings and prints.

“Life etches itself onto our faces as we grow older, showing our violence, excesses or kindnesses,”

In Sotheby’s 17 September Prints and Multiples sale in London, the depth and breadth of Rembrandt’s interests and expressions is represented in a remarkable group of etchings.

Rembrandt was active as an intaglio printmaker from the mid-1620s through to 1660, during which time he produced prints of religious and secular subjects, landscapes and social scenes, military studies and countless portraits. In the group offered at Sotheby’s there are etchings of angels, beggars, saints and sitters. “Life etches itself onto our faces as we grow older, showing our violence, excesses or kindnesses,” he once wrote.

No one caught his eye more than himself. In this sale, two self-portraits illustrate the constant contemplation of his own image: a simple early etching of Rembrandt in pensive mode and a later grander work of the artist in opulent attire.

Matched, perhaps, only by Caravaggio, Rembrandt’s feeling for illumination was extraordinary: he instinctively knew when to deliver and when to withhold the light. A new exhibition at London’s Dulwich Gallery, Rembrandt’s Light, hints at how his Golden Age chiaroscuro would be echoed in the atmospheric worlds of modern-day cinema.

The Dulwich exhibition has been designed and lit by Peter Suschitzky, the cinematographer of The Rocky Horror Picture Show and Star Wars: The Empire Strikes Back. And, indeed, many of the prints at Sotheby’s feel like intaglio stills from widescreen epics, film noirs and melodramas: there are shadowy studies of David in prayer at his bedside, figures huddled in conversation and soldiers on horseback.

One of the highlights of the group is a rare landscape, a drypoint etching from 1652 entitled Clump of Trees with a Vista. “These dense and tactile lines are set against expansive skies evoked by surface tone and wiping marks, which together give the appearance of swirling wind and misting rain,” notes Charlotte North, Sotheby’s Old Master prints specialist. It’s impressionistic – some two centuries before Renoir and Monet.

Towards the end of his life, Rembrandt was forced to sell his press, along with his vast collection of prints by other artists. But by then he had made his mark on the field, his legacy was assured. As North observes: “The artist's mastery of this medium resulted in images that vibrate with velvety burr.” 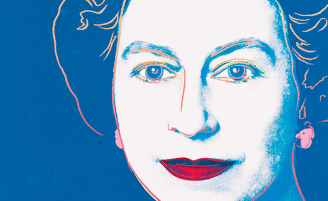