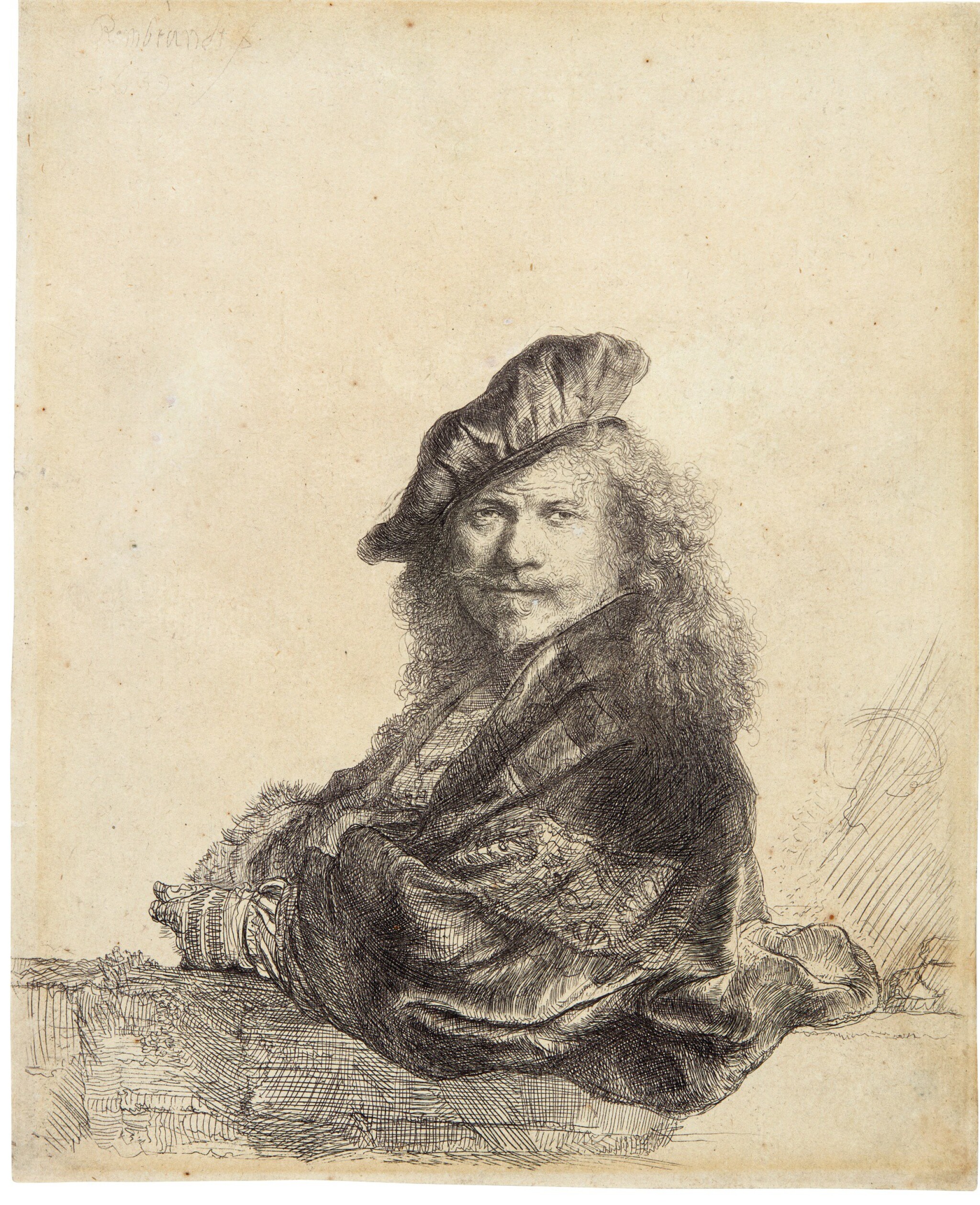 Etching with touches of drypoint, 1639, a fine, silvery impression of New Hollstein's second (final) state before the wear in the eyes, unframed

With thread margins below and at right, trimmed on or fractionally within the plate mark at left and a few millimetres within the unprinted area of the subject at the upper sheet edge, in good condition apart from pale, uneven discoloration and a few fox marks (mainly verso), a couple of nicks in the left sheet edge, unframed.

Johann Karl, Prince of Paar of Austria (1772-1819), inherited the present work from his father Johann Wenceslaus Paar, First Prince of Paar (1719-1792), a friend and patron of Mozart, whose highly important collection of Old Master prints included more than 60,000 sheets. The collection then passed to Johann Karl’s son, still a minor when Duchesne visited the collection in 1830 (Voyage d’un Iconophile, Revue des Principaux Cabinets d’Estampes, Bibliothèques et Musées de Allemagne, de Hollande et d’ Angleterre, 1834, p. 126), and was then sold in the ‘Catalogue of the Celebrated Collection of Engravings, Formed during the Last Century by the Prince de Paar of Vienna, An Account of which will be found in Duchesne’s Voyage d’un Iconophile…’ at Sotheby’s, London, 13th to 26th July, 1854, lot 1411. It was most likely directly purchased in the sale by Captain Alcide Donnadieu (circa 1791-1861), who served under Napoleon and then became a dealer of manuscripts and drawings based in St. James’s. The work was then acquired by the peintre-graveur Jean-Louis-Henri le Secq dit Des Tournelles (1818-1882), presumably following the death of Donnadieu, then sold with Loys Delteil, Paris, 17th-18th April 1905.