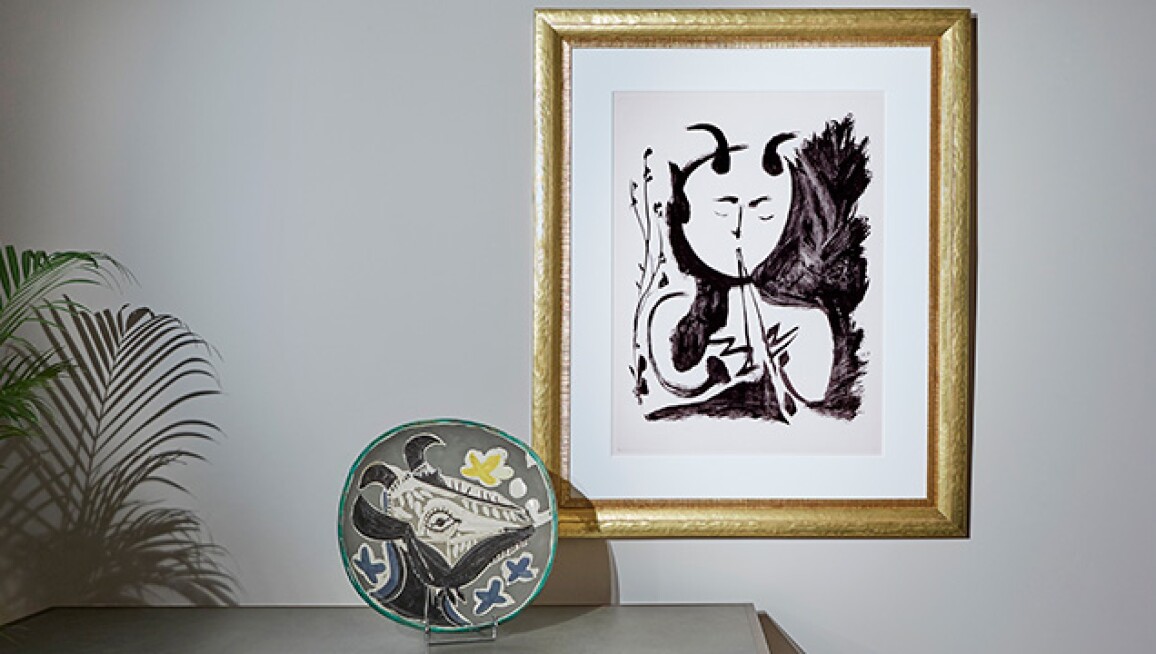 Having collected ceramics for years, British artist and designer Luke Edward Hall now hand-paints his own range of platters, plates and vases which he sells privately and at Liberty and Alex Eagle Studio in London. We asked him to select some of his favourite works from the upcoming sales Prints & Multiples in London on 27 March, and Important Picasso Ceramics Online, which is open for bidding now until 29 March. Click ahead to see his picks.