Shifting Borders and Newly-Found Worlds, Major Firsts in the History of Map Making Sotheby's Travel, Atlases, Maps and Natural History sale on 14 May features a number of maps that were the first of their kind. Among them are such treasures as John Mitchell's map of the British and French Dominions in North America, which formed the basis for territorial boundaries drawn in the treaties that concluded the American Revolution, and the earliest printed map of Palestine. 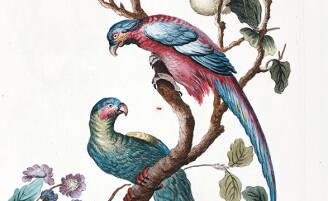 Discover more fascinating stories from this sale - Tutankhamun’s Tomb: The Battle for the Best Story on Earth

Tutankhamun’s Tomb: The Battle for the Best Story on Earth