Cos d’Estournel Hosts an Evening to benefit Elephant Family 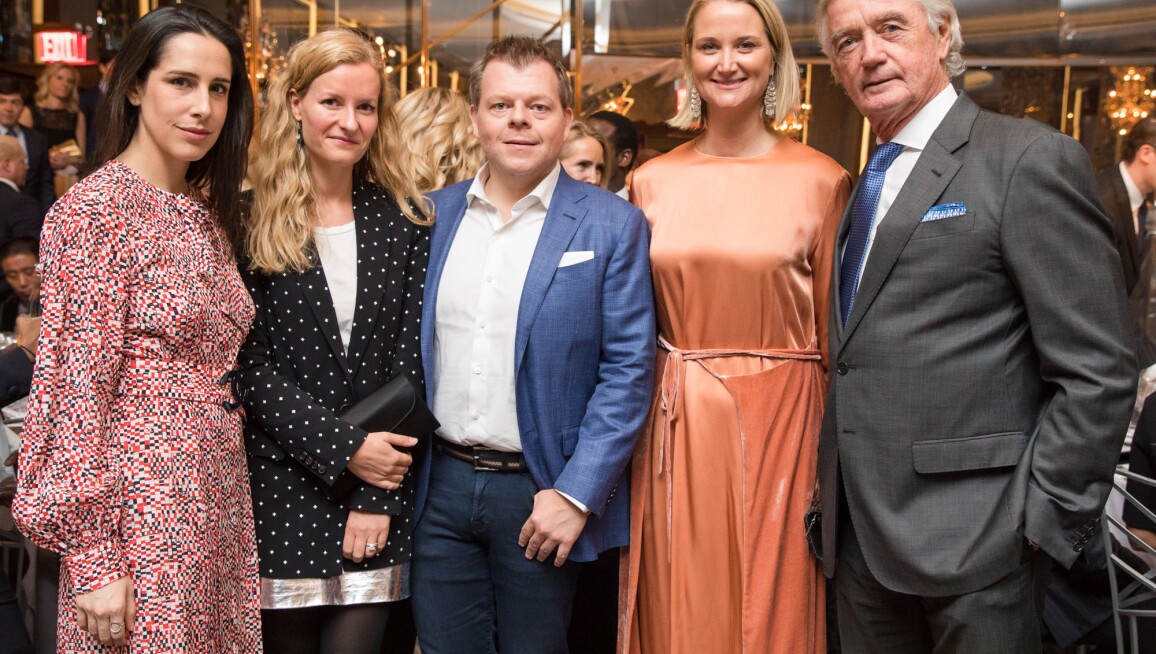 On 28 February at New York’s famed Rainbow Room, Château Cos d’Estournel hosted a dinner and benefit auction in support of Elephant Family, an organisation that protects endangered Asian elephants. Sotheby’s Jamie Ritchie led the auction of one double-magnum and one Balthazar of COS100, a limited-edition, 100% merlot wine from the heart of the Cos d’Estournel vineyard, sold for $30,000 and $80,000 respectively. The evening earned an auction total of $251,250. The COS100 commemorates the 100th anniversary of the  Parcelle des Femmes vineyard, a plot planted by a group of courageous women during World War I. The auction, which also included two original elephant sculptures by artists Curtis Kulig and Jason Woodside was held during a dinner by Michelin-starred chef Jérôme Banctel from La Reserve in Paris. A second Elephant Family benefit will take place in Hong Kong on 10 March. Click ahead for images from the evening in New York.