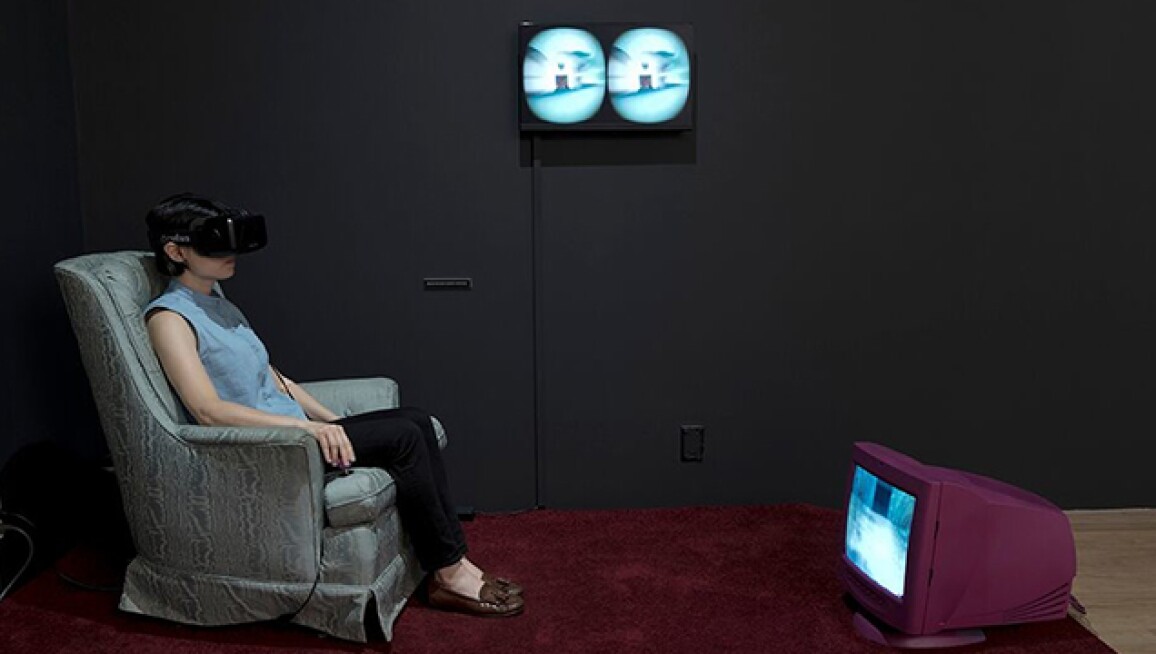 For New York-based artist Gabriel Barcia-Colombo, technology is not merely a tool to create work, but an active collaborator. He focuses on collections, memorialisation and the act of leaving one’s digital imprint for the next generation, ideas that have taken the form of video sculptures, immersive performances, large-scale projections and even vending machines that sell human DNA. Also a curator, the 35-year-old Barcia-Colombo launched a roving pop-up gallery called BUNKER, which since 2014 has featured artists who collaborate with technology to create code-driven sculpture, augmented reality and virtual installation. Now, as an artist in residence, Barcia-Colombo is bringing BUNKER to Sotheby’s, where he has curated an exhibition of eight artists who “use technology as an artful lens to express desire, vulnerability and memory through a translation of the physical to the digital,” he explains. In addition, Barcia-Colombo is participating in The Art of VR, a conference taking place 22–23 June at Sotheby’s New York. Click ahead for a preview of Barcia-Colombo’s BUNKER show, which runs 22 June through 22 July.