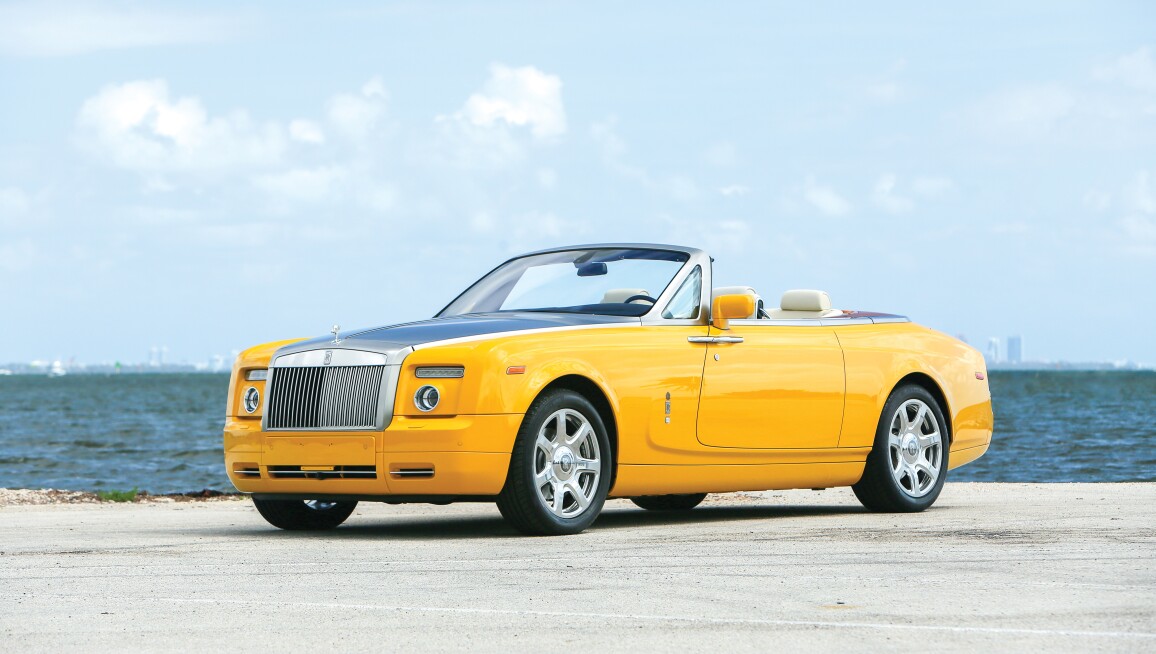 Bijan Pakzad founded his famous Beverly Hills men’s boutique House of Bijan in 1976, and it has since become known as one of the most expensive clothing stores in the world. Bijan clothed some of the world’s most powerful people, including five U.S. Presidents, before his untimely death in 2011. As iconic as Bijan himself were his yellow luxury cars parked in front of the Rodeo Drive flagship boutique. Bijan ordered several automobiles over the years, all finished to his custom specifications, with his 2008 Rolls-Royce Phantom Drophead arguably being his most famous.

Notably, the car offered in the upcoming RM Sotheby’s: Fort Lauderdale auction was the very one that started his love affair with the bespoke luxury vehicles often found parked on Rodeo Drive outside his Boutique.

In order to create the perfectly bespoke Rolls-Royce, Bijan worked directly with the Rolls-Royce factory to create his unique Phantom Drophead. He used it as his personal car and was his daily driver until his death. He created its one-off color of "Bijan Yellow" and chose a dark brown top to match the House of Bijan colors that he was so well-known to favor. Other cars in his personal fleet included a Bugatti Veyron, Mercedes-Benz SLR McLaren and, of course, the eponymous Rolls-Royce Phantom ‘Bijan Edition’ that he later built in collaboration with the factory for his clients.

Click ahead to discover more about Bijan’s incredible car collection.