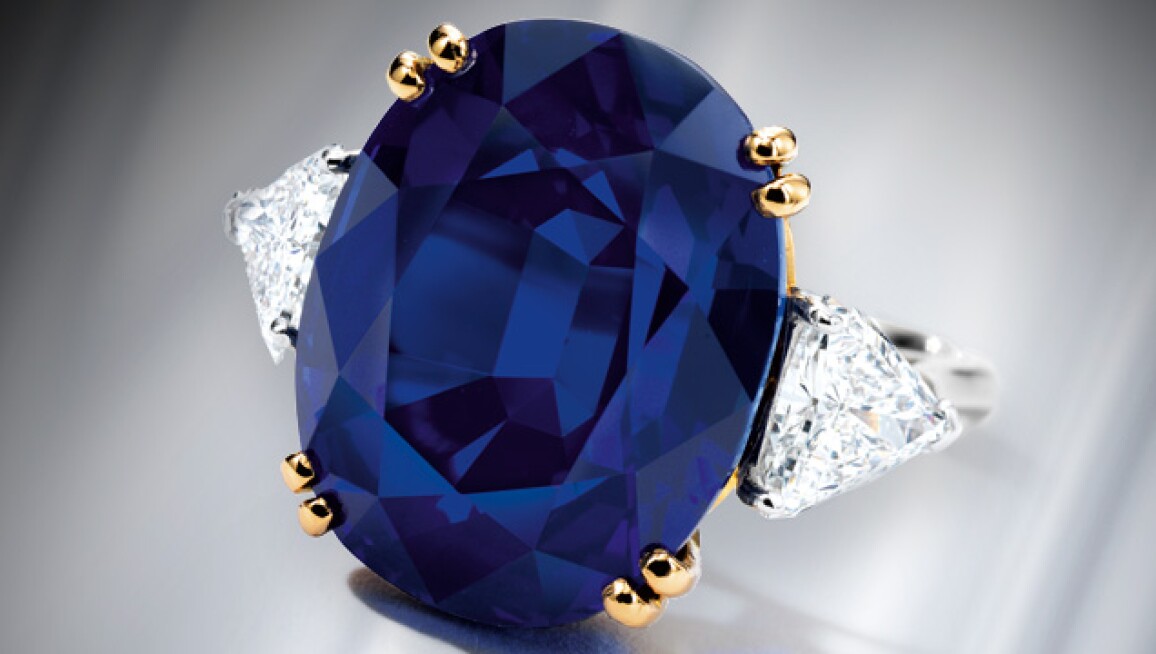 Rich in colour, superb in quality and perfect alone or paired with virtually any gem, sapphires have universal appeal. Belonging to the mineral species corundum, of which ruby is another variety, sapphire is most associated with blue – arguably the most famous such stone being Kate Middleton's and Princess Diana's engagement ring – but it comes in a rainbow of hues. Sotheby’s has sold some of the world’s most jaw-dropping sapphires, including Royal blue rarities from the Kashmir mines and valuable pinkish-orange varieties known as padparadscha sapphires. In honour of September’s birthstone, we chose 20 fabulous sapphires from our upcoming auctions.  –Stephanie Sporn