Furniture, Clocks and Works of Art presents a carefully curated selection of the very best of English and European craftsmanship. Walnut furniture from the early 18th century is particularly well represented, whose richly figured grain is highly prized for its warm tone and colour. The sale also includes a documented group of Gillows furniture from one of the firm’s most important 18th-century commissions at Workington Hall, Ewanrigg Hall and Belle Isle, Cumbria. The enduring appeal of the ancient world is encapsulated in a breathtaking silvered-bronze jardinière by Ferdinand Barbedienne - modelled after the antique discovered at the Temple of Isis in Pompeii - whilst the influence of the East is represented in superlative gilt-bronze mounted porcelain and examples of seat furniture from China and the Coromandel Coast, India.

In addition, we encourage you to explore works in our online sale STYLE London: Furniture, Ceramics, Silver, Clocks & Works of Art. 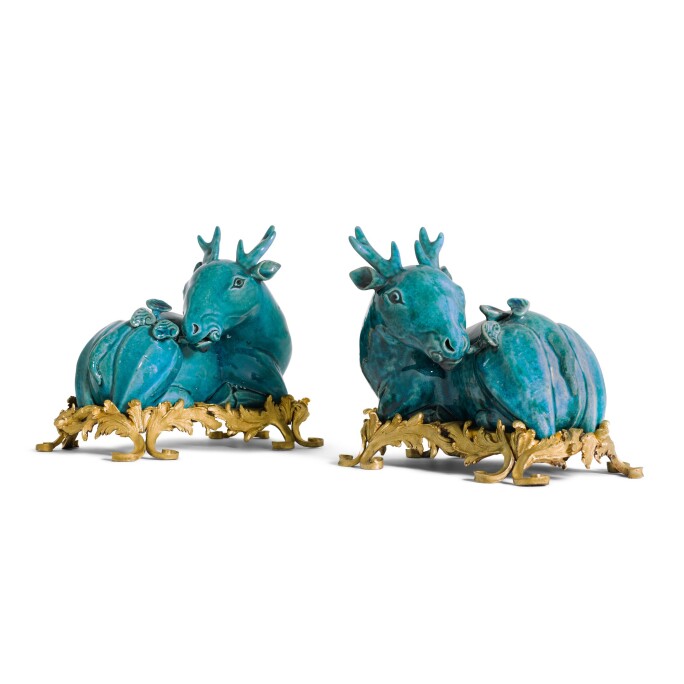 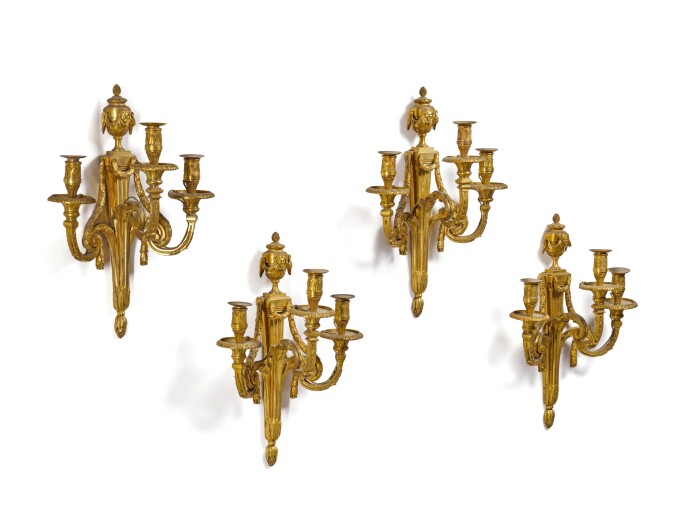 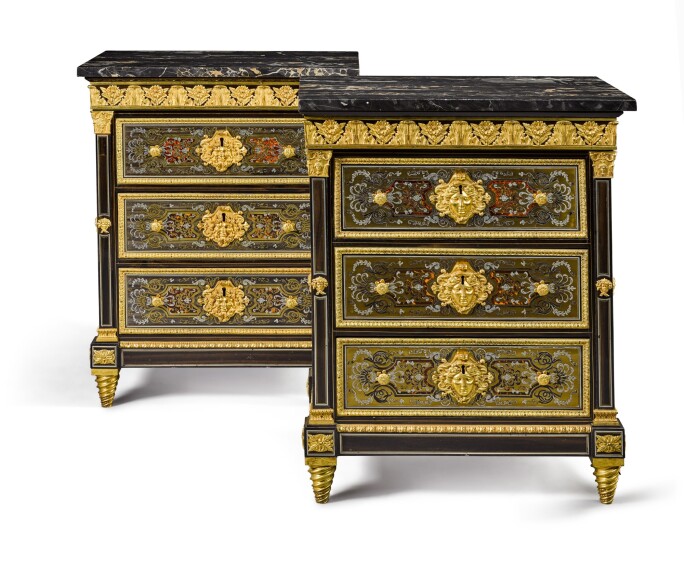 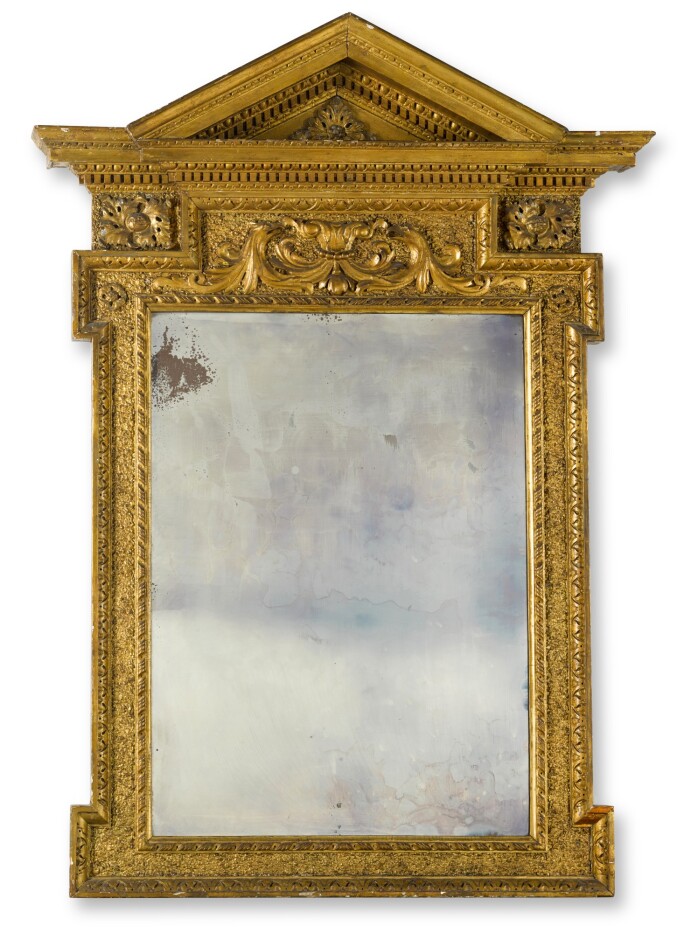 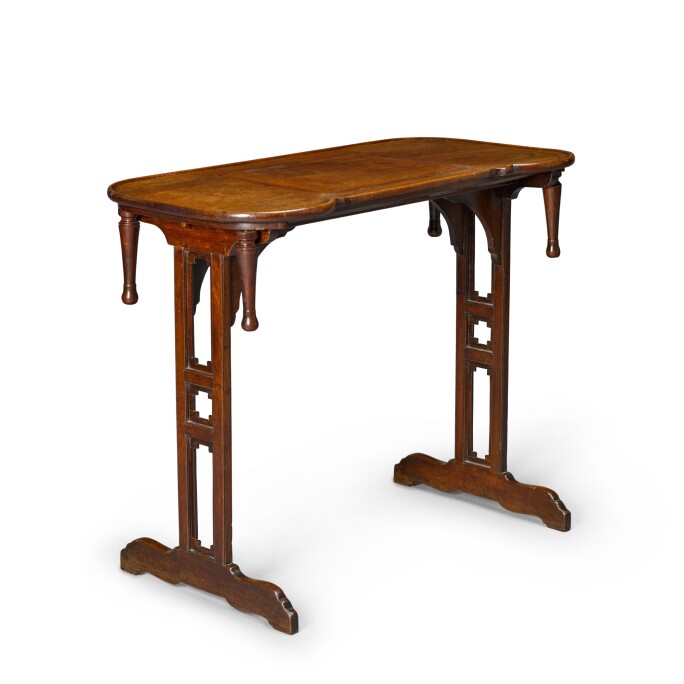 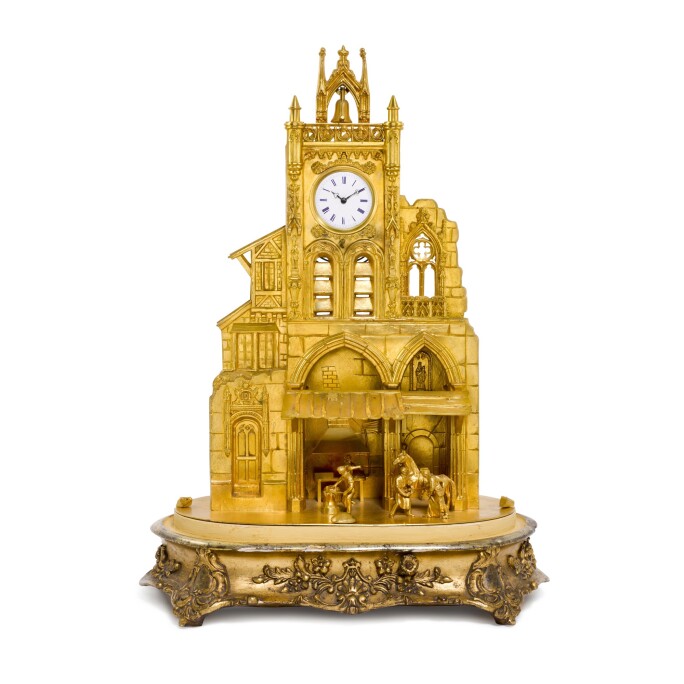 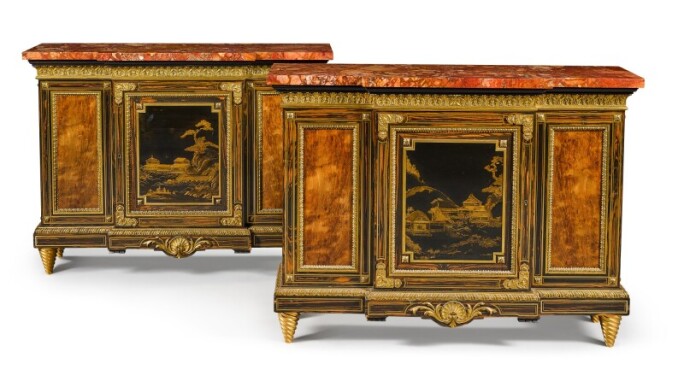 On 5 October 1782, John Christian (1756–1828) of Ewanrigg Hall eloped to Edinburgh to marry the great beauty Isabella Curwen (1765-1820), his cousin and heiress of Workington Hall in Cumbria. Isabella was a descendant of the ancient house of Curwen and John assumed her name by Royal license in 1790. John Christian Curwen, as he became known, went on to pursue a remarkable career in politics and successfully ran against the powerful local interests of Sir James Lowther. He was elected as Member of Parliament for Carlisle from 1786 to 1790, 1791 to 1812 and finally from 1816 to 1820.

A true champion of the working man, Curwen’s progressive political views were far ahead of his time. Indeed, on one occasion, he appeared in the House of Commons dressed like a labourer and carrying a loaf and a cheese under his arms in order to emphasize his concern for his constituents. He advocated the founding of the National Health Service and revolutionised agriculture in the first part of the 19th century through the Workington Agricultural Society, which he inaugurated in 1805 using his estates at Workington Hall as a model. Through his marriage to Isabella, he inherited a significant portfolio of collieries and proved to be a model employer providing medical facilities, health benefits, a savings bank and relief fund in times of need.

The Curwen mining and shipping interests did however afford the couple the opportunity to refurbish the family estates, bringing the interiors up-to-date with pieces informed by the fashionable neo-classical tastes of the day. For this they enlisted the services of Gillows, the burgeoning Lancastrian firm of cabinet-maker’s established by Robert Gillow (1704-1772). The Curwen commission represents one of the firm’s most important and extensive 18th century commissions, charting a period in their history when local reputation translated into national standing. The first tranche of items ordered for Ewanrigg Hall are recorded in Gillows’ Waste Book on 12 October 1782, just seven days after John and Isabella’s marriage, with further pieces for the house supplied in 1784 including the ‘handsome’ set of dining chairs at lot 71.

By 1784, John and Isabella had turned their attention to Belle Isle, a perfectly proportioned rotunda house set in the picturesque landscape of lake Windermere. Designed by John Plaw in 1774, it was the first cylindrical mansion in England and was popularized through Plaw’s publication Rural Architecture (1785) which inspired several imitations including Ickworth in Suffolk and an almost exact copy built on the shores of Lake Geneva in 1800. Belle Isle was acquired, unfurnished, for Isabella in 1781 and would become a favourite family retreat and repository of much of the Gillows commission when Workington was eventually given up in the 1930s. The great romantic poet William Wordsworth[WT1] (1770-1850) described Belle Isle as 'the first house that was built in the Lake District for the sake of the beauty of the country', leading to a proliferation of villas and cottages Ornées along the banks of lake Windermere throughout the late 18th and early 19th century. Wordsworth was a frequent visitor, no doubt drawn to the picturesque setting, whose son married into the Curwen family in 1832. According to family tradition, the writing chair at lot 87 is thought to have belonged to him.

Isabella inherited Workington Hall on the death of her father, Henry Curwen (b.1730), in 1778. Henry was keen to improve the fortified medieval manor house and enlisted the services of the prolific architect John Carr of York (1723–1807). Henry’s untimely death meant little was achieved during his lifetime and the project was brought to completion by John and Isabella between 1783 and 1795.

As the family’s principal seat, this was by far the most ambitious portion of the Gillows commission totaling £756 6s 1 ½ d. Items were supplied by ship in 1788 – under the care of Capt. Thomas Rogerson – and many of the pieces offered here are illustrated in Gillows’ Estimate Sketch Book or recorded in the firm’s extensive Waste Book entries and which provide a fascinating insight into Gillows’ working practices. The firm had only recently become upholsterers, in circa 1785, which meant that they could effectively operate as interior designers, providing carpets, curtains, Holland blinds, beds and bed furniture, etc., in addition to the cabinet-work for which they had become renowned.

The group offered here therefore represents a perfect capsule of Gillows oeuvre from the 1780s and each piece has been carefully looked after by generations of Curwen’s since, retaining the most glorious colour and patina. That the items belong to a documented commission for some of Cumbria’s greatest houses, from a seminal moment in Gillows’ history, only adds to their significance.

Sotheby’s would like to thank Robert Baxter of Cumbria Archives Service, for his assistance in researching the commission. 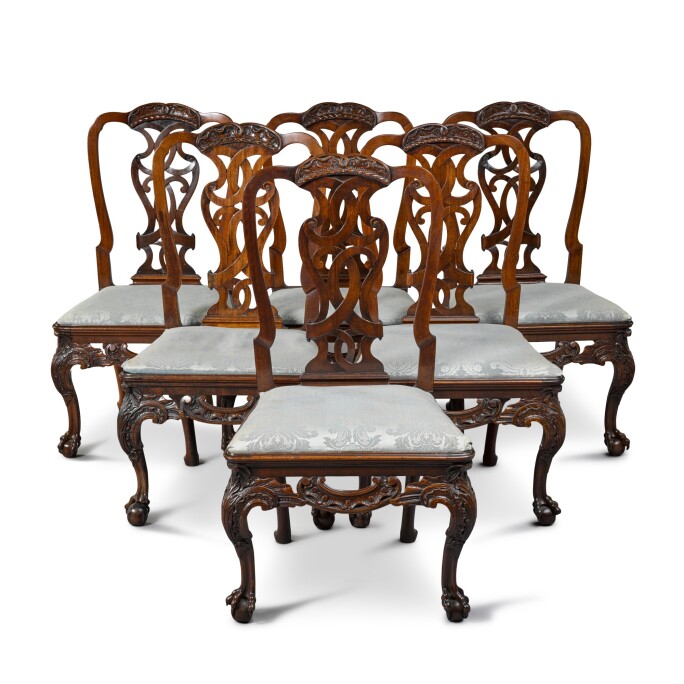 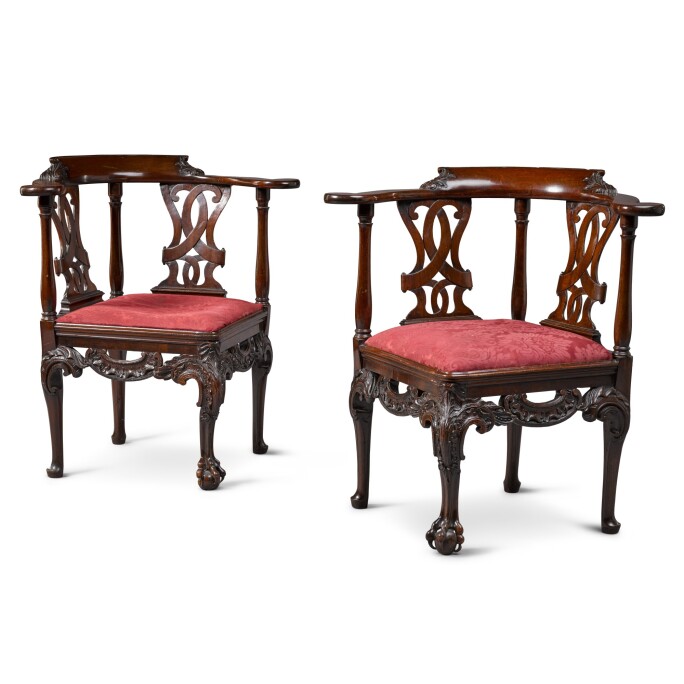 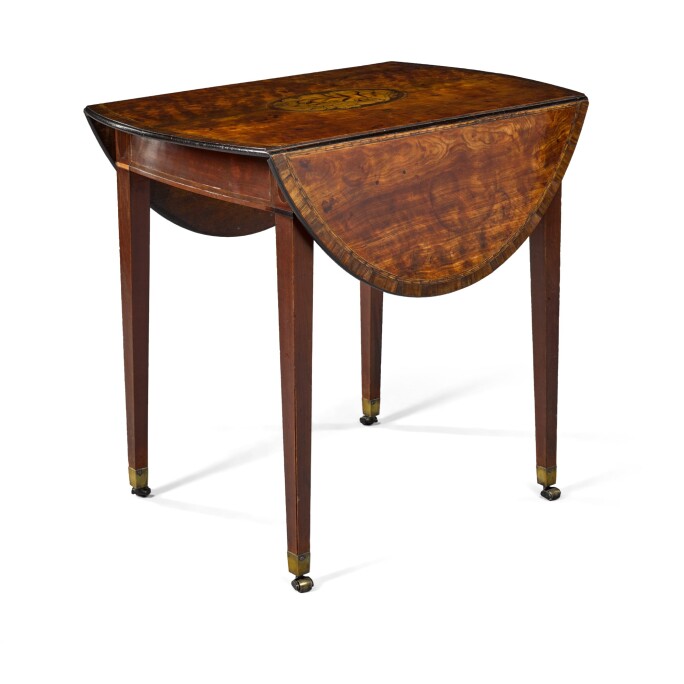 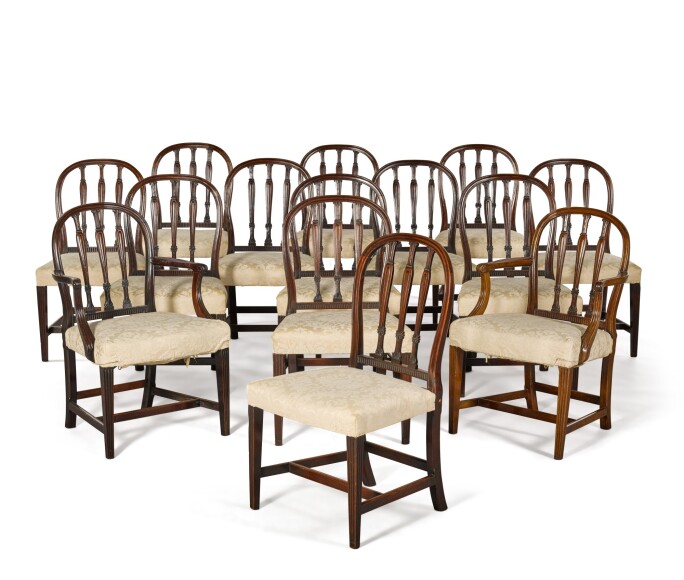 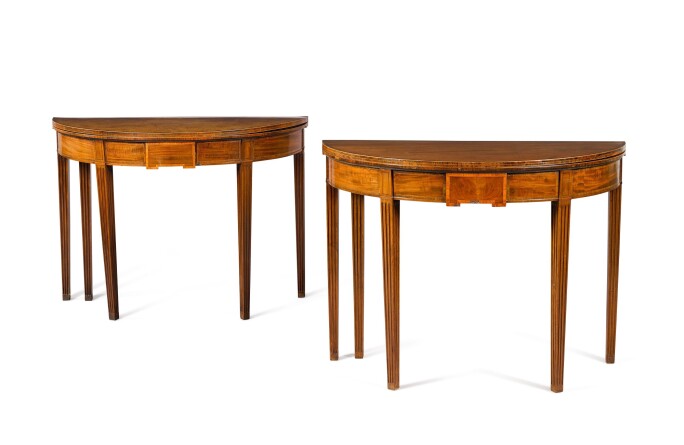 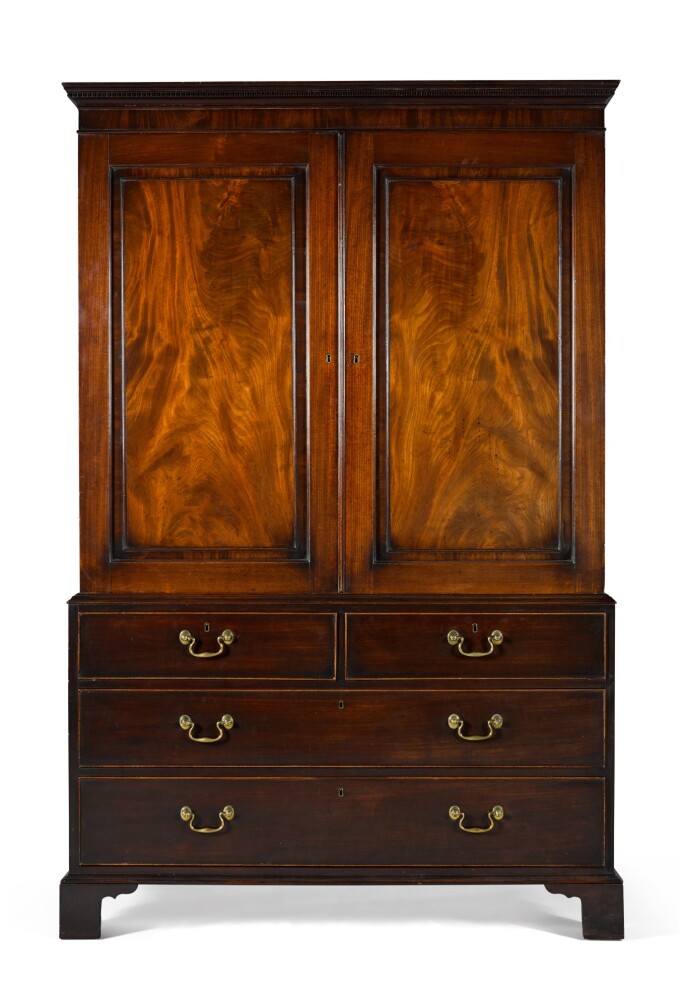 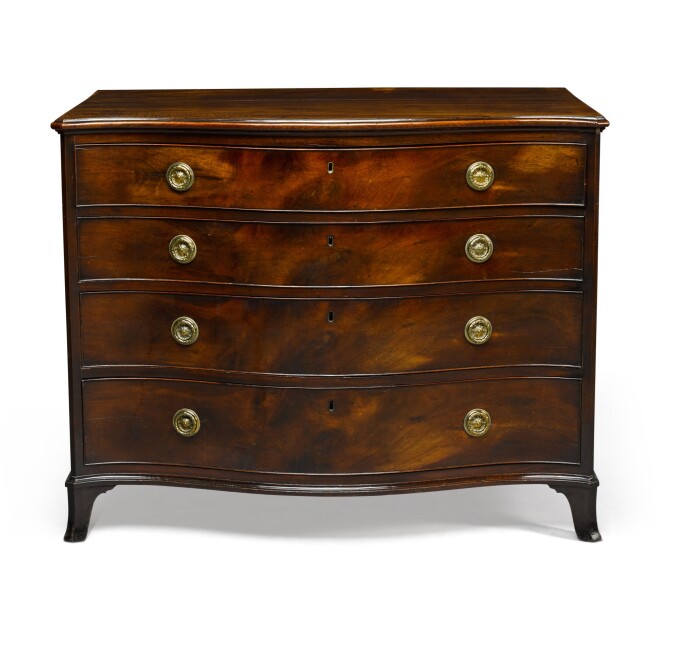 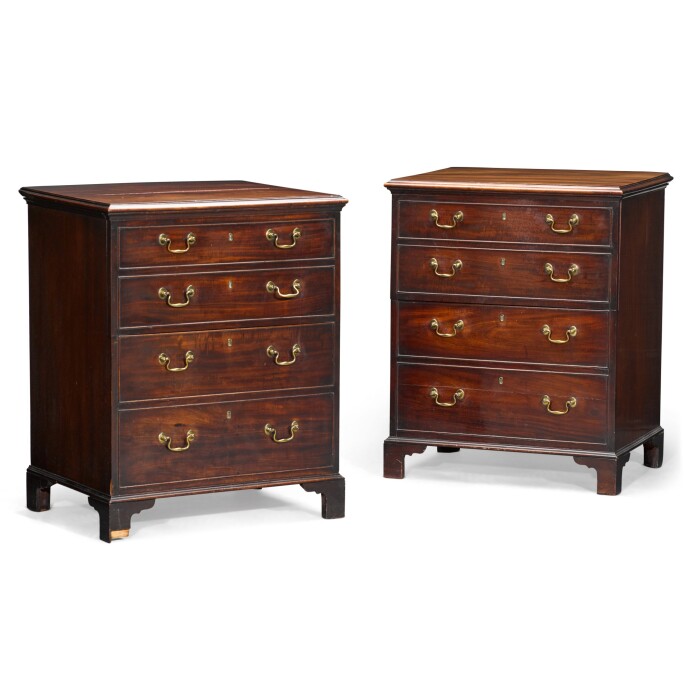 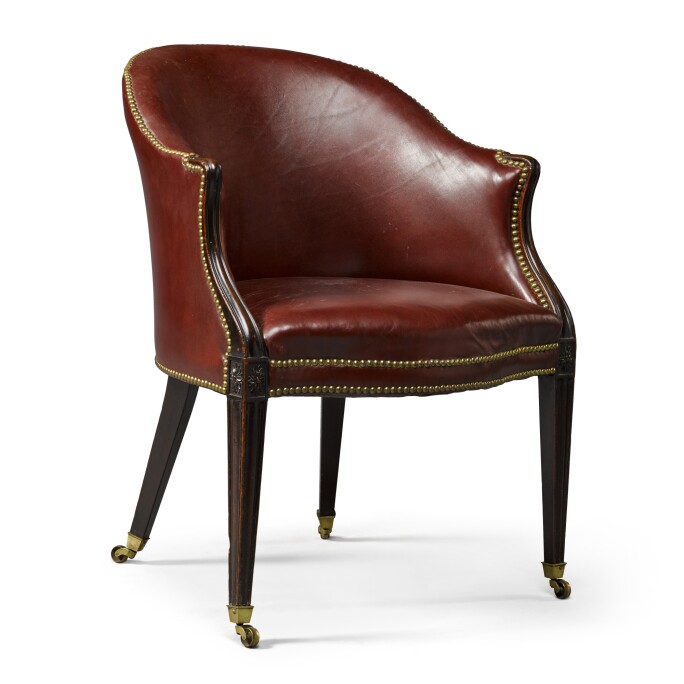 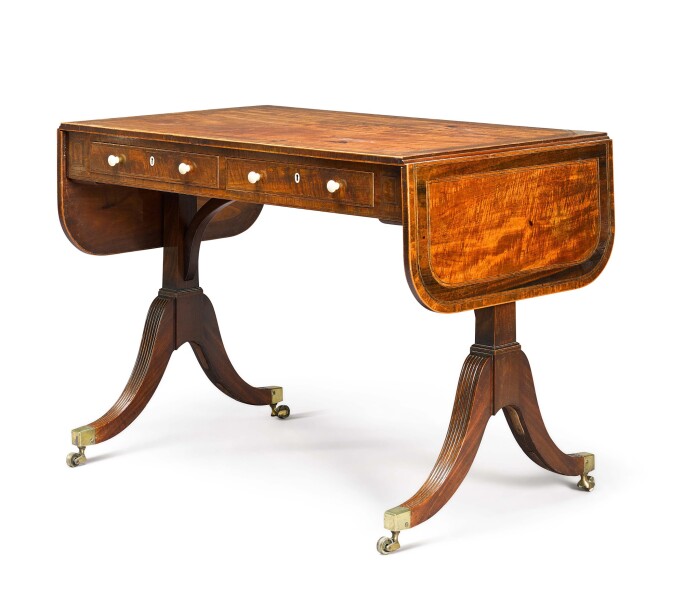 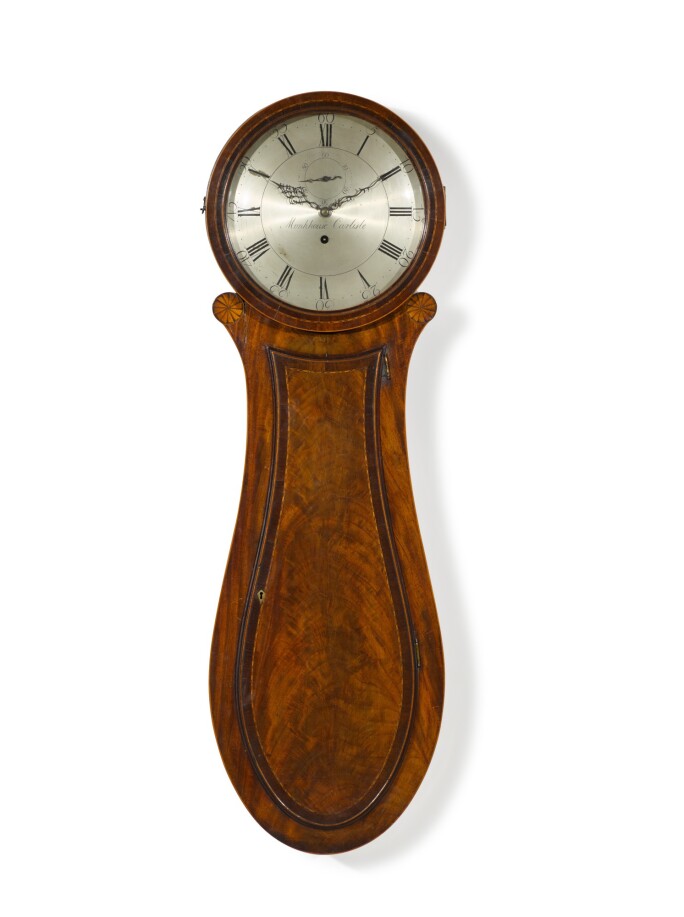 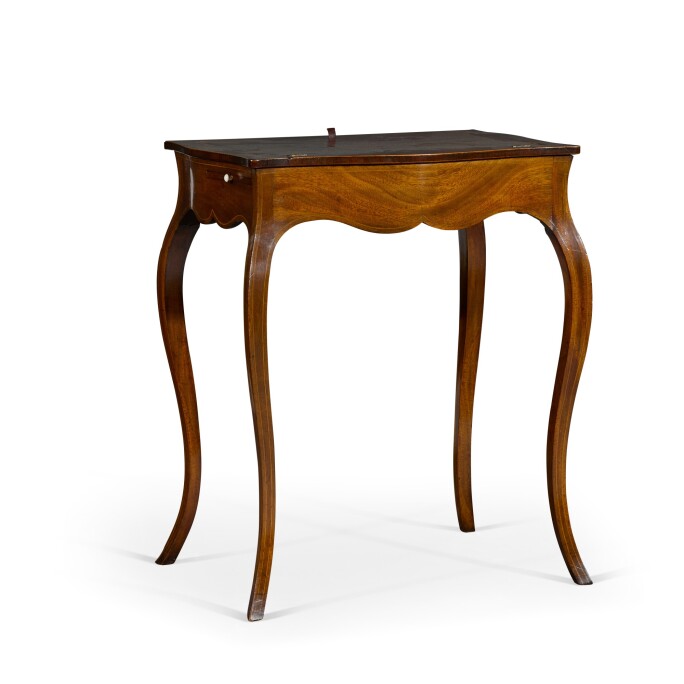 A small but distinct number of works in the sale reveal the cultural exchange - ongoing for centuries - between the East and West. Here we discover European furniture, in form at least, re-imagined in exotic timbers or carved with a profusion of intricate decoration and mythical beasts.

Precious porcelain objects, such as the vibrant pair of Chinese deers or the painted devotional figure of a Buddhist Rakan from Japan, are reverently embellished with jewel-like French 18th century ormolu mounts. Works of European origin also look East for inspiration. A remarkable trompe l'oeil table top by Carlo Gibertoni depicts the Asian continent, charted out in scagliola and dated 1695. An embroidered crewel-work panel, teeming with life, depicts exotic subjects and draws heavily on Asian textile sources; whilst the extravagant japanned cabinet from the English Regency period flatters through imitation.

Prized for its smokey figuring and warm hues, walnut became the timber of choice for English furniture-maker’s in the late 17th and early 18th century. The majority of walnut was imported from France owing to the poor quality and small quantities of timber available locally. It was an incredibly versatile material, lightweight and easy to carve or turn, walnut was far more adaptable to the ever-changing fashions of seat furniture design than oak. At the same time, its distinctive grain was perfect for veneering table tops, case-furniture and mirrors commissioned by fashionable patrons of the day. 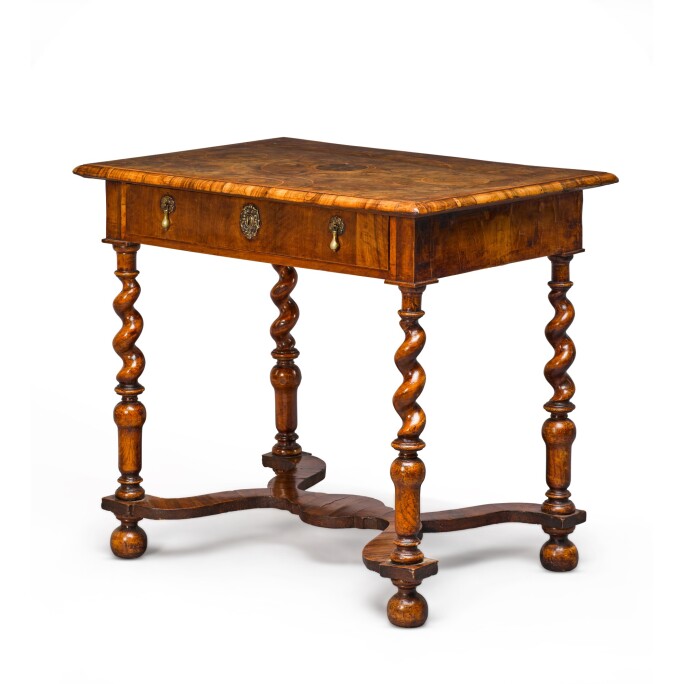 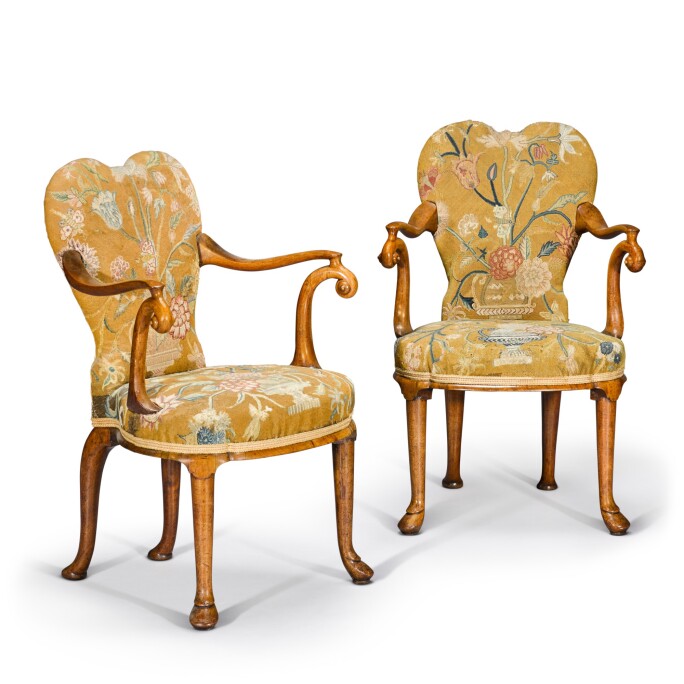 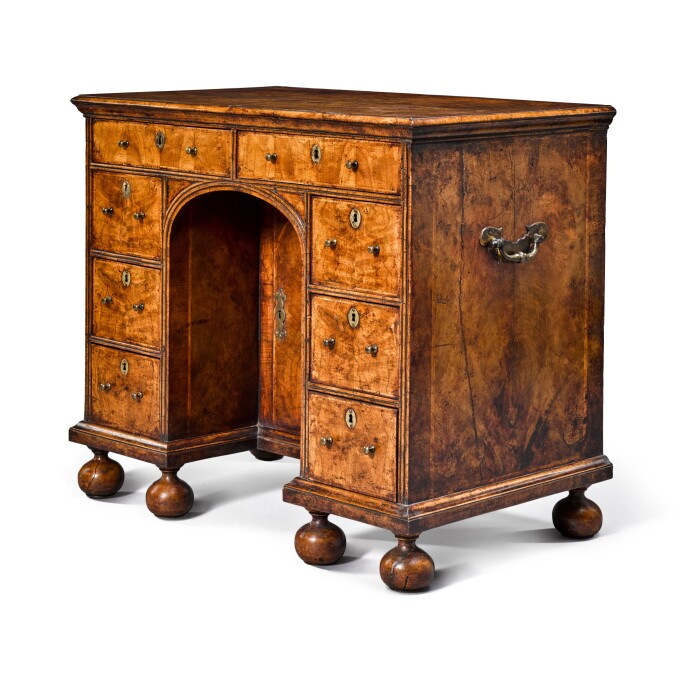 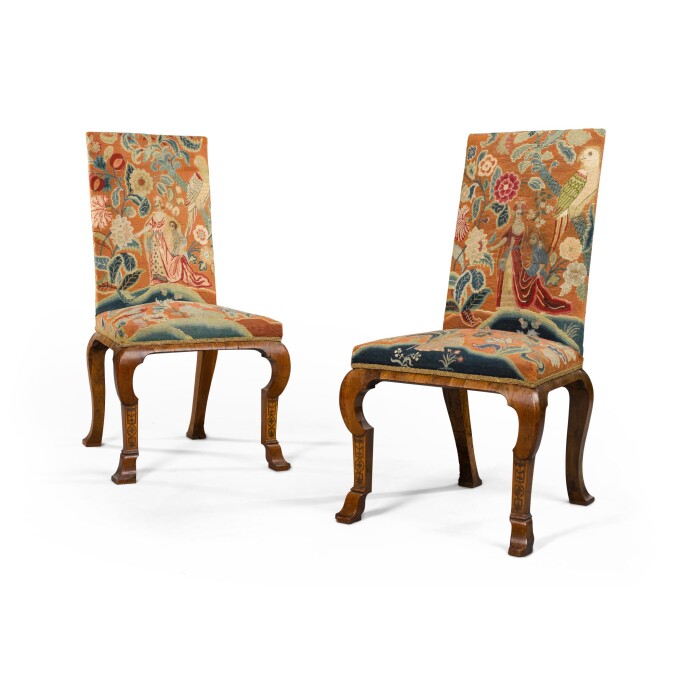 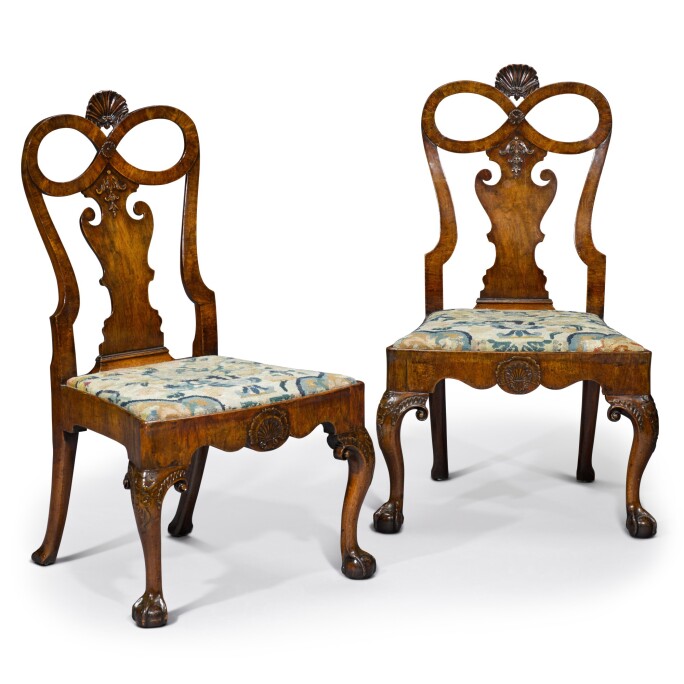 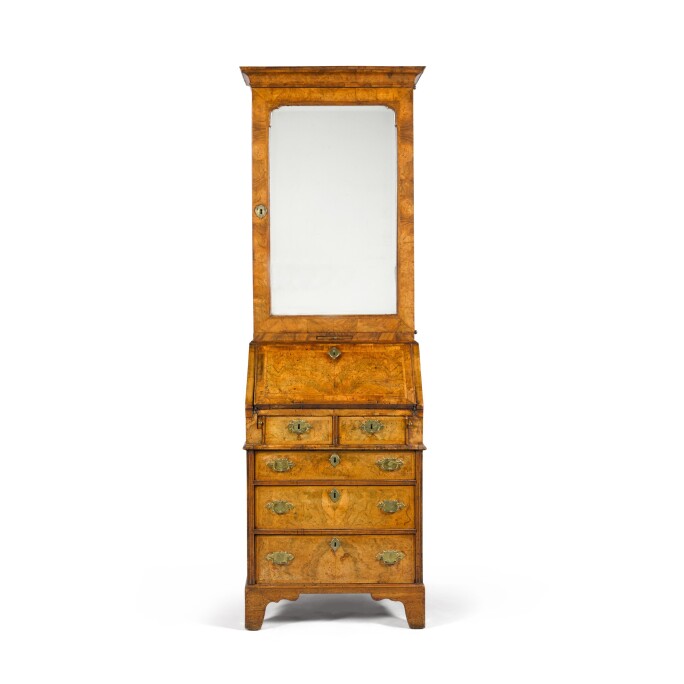 This impressive athénienne is a key reminder of the longevity of a particular model and design’s success from Antiquity through to the 19th century and up until this day. Following the fascination for Antiquity and because of the lack of available Antique artifacts in the 19th century, amateurs appreciated reproductions of the celebrated masterpieces of Antiquity, which had become the standard for ideal and unsurpassed beauty. The 19th century from the Manfredini brothers in the early 19th century to Ferdinand Barbedienne in the late 19th century reinforced the success of Antique models.

The present carriage clock is a fine example of a Frodsham domestic clock, combining the high precision and accuracy of timekeeping afforded by the chronometer escapement in a giant travel clock. The quality and attention to detail throughout is exceptional.

Charles Frodsham was born in London in 1810 into a family of chronometer, watch and clock makers. At the age of fourteen he was apprenticed to his father, William James Frodsham FRS, a chronometer maker. Charles was obviously a talented craftsman because he entered two chronometers for trial at Greenwich, at the age of twenty, and won second prize.

By 1834 Charles had established his own business and ten years later, following the death of chronometer maker John Roger Arnold, he purchased Arnold's business and moved into Arnold's former premises at 84 Strand. Charles Frodsham went from strength to strength, exhibiting successfully at the Great Exhibition in 1851 and expanding further in 1854 with the purchase of the late Benjamin Lewis Vulliamy's business. Charles succeeded Vulliamy as Superintendent and Keeper of Her Majesty’s Clocks at Buckingham Palace and in 1855 served as Master of the Worshipful Company of Clockmakers, a role he repeated in 1862. Charles Frodsham died in 1871 and was succeeded in the business by his son Harrison. 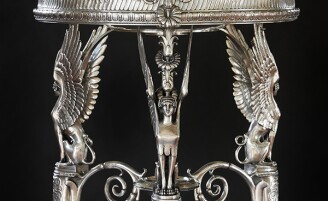