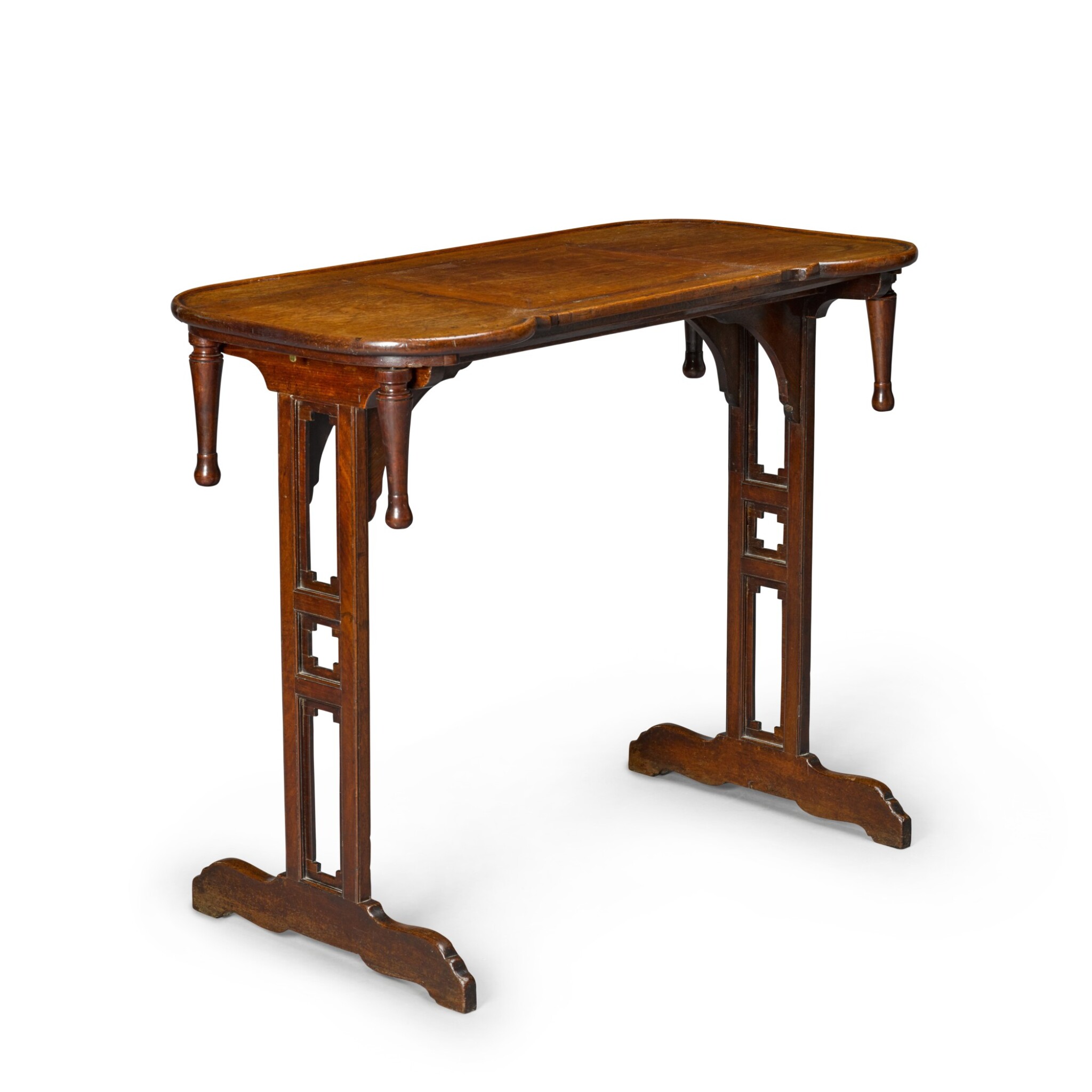 the removable kidney-shaped top incorporating a reading slide, and with four screw-on short legs, which allow the top to be used on a bed, stamped ‘CANABAS JME’ to the underside of the top

In good conserved condition and ready to be placed. Minor old marks and scratches consistent with age and use. One repair next to the fitting of one leg.

This lot should have no VAT symbol. The item will be sold under the auctioneer’s margin scheme and VAT will not be charged on the hammer price.

Joseph Gengenbach (1712-1797), better known as Canabas who was received 'maître' in 1766 was an ébéniste based in rue de Charonne reputed for small practical furniture pieces in mahogany such as this kidney-shaped table or "table d'accouchée", but also refreshers or "rafraîchissoires" and "dumb servants" or music stands.

Canabas is one of the few cabinetmakers to use mahogany almost exclusively. Indeed, the use of mahogany in cabinet making began to spread in France in the 1760s, particularly in workshops such as that of Jean-François Oeben. Imported from the West Indies, this new species proved to be very resistant, but its density and solidity did not allow it to be used, like other exotic woods, in marquetry. Mahogany is therefore used in solid or veneered form, which implies a certain sobriety in the decor. This apparent simplicity is embodied in the present piece.