T he Arts of the Islamic World & India sale on 10 June spans over a thousand years of artistic creation and includes works in a large variety of media. Highlights from the sale include an extremely rare and important pyxis decorated using a sophisticated technique with taracea attributed to the Almohad or Nasrid kingdoms of Spain in the 12th/13th century. Each component is dissected and explained in our hotspot article. Also hailing from the medieval world is an intact Kashan turquoise glazed pottery pitcher with impressive provenance, exhibition and literary history, previously in the collections of Jacques O. Matossian and Edwin Binney III. The sale also features Indian and Ottoman works from the estate of H. Peter Stern, founder of the Storm King Art Center and avid traveller and collector who lived among his monumental Indian tent panels and mounted his Ottoman textiles like paintings.

Highlights from the Sale 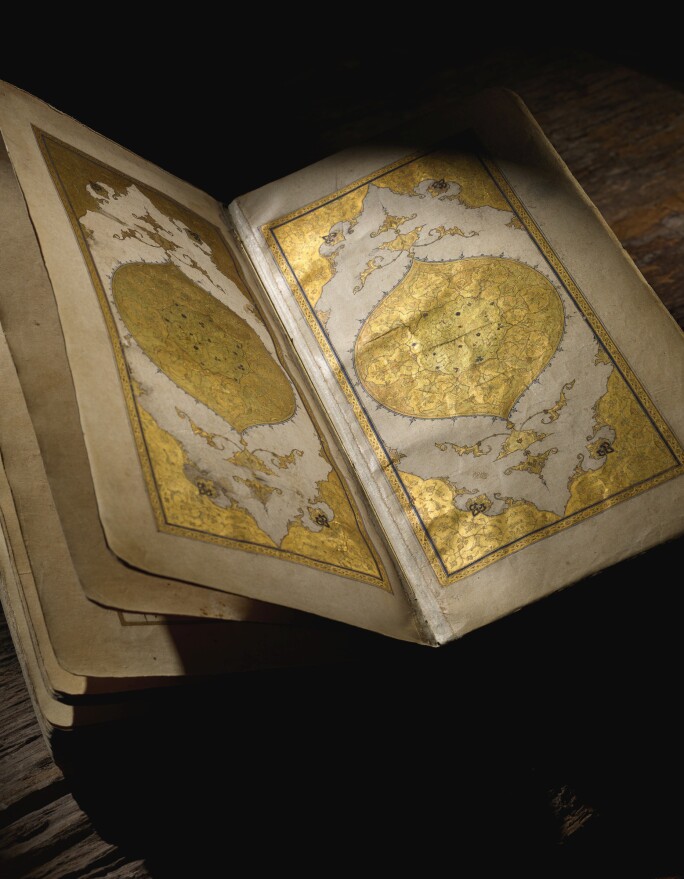 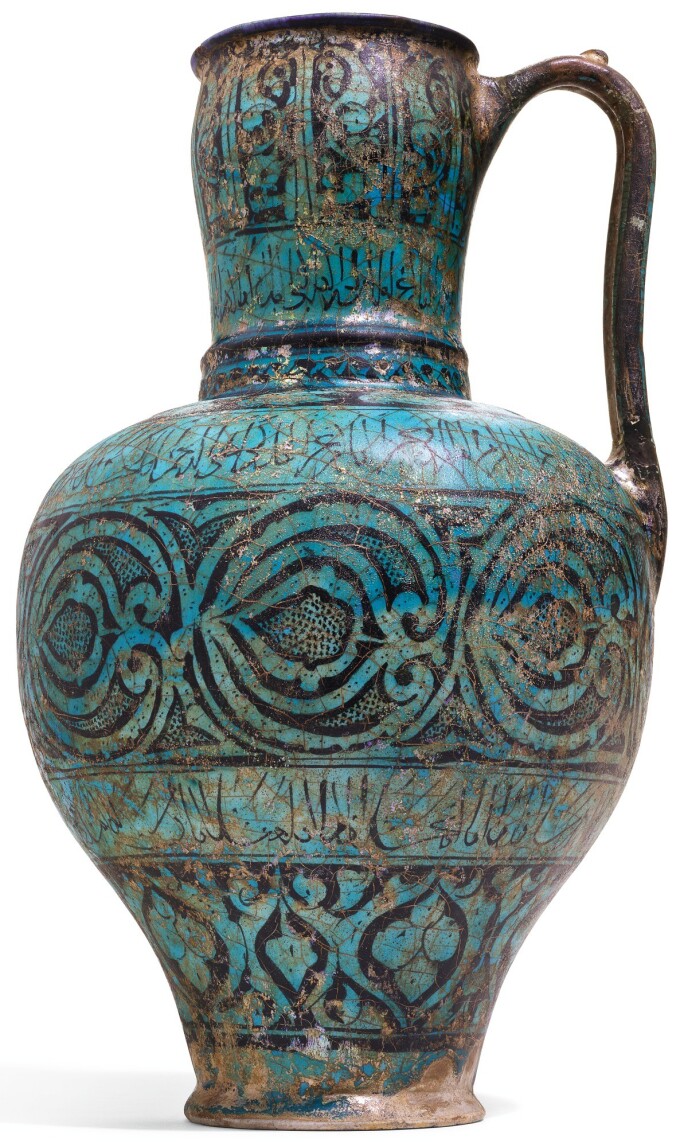 We are pleased to include some 70 rugs and carpets, mainly drawn from two important collections, in the Arts of the Islamic World & India sale. The lots designated ‘Property from a Prominent Private Collection’ are the third group of pieces offered for sale by this consignor, whose collecting activities spanned several categories and decades. The second group featured is from Eberhart Herrmann who has been an integral part of the rug community for over 50 years. 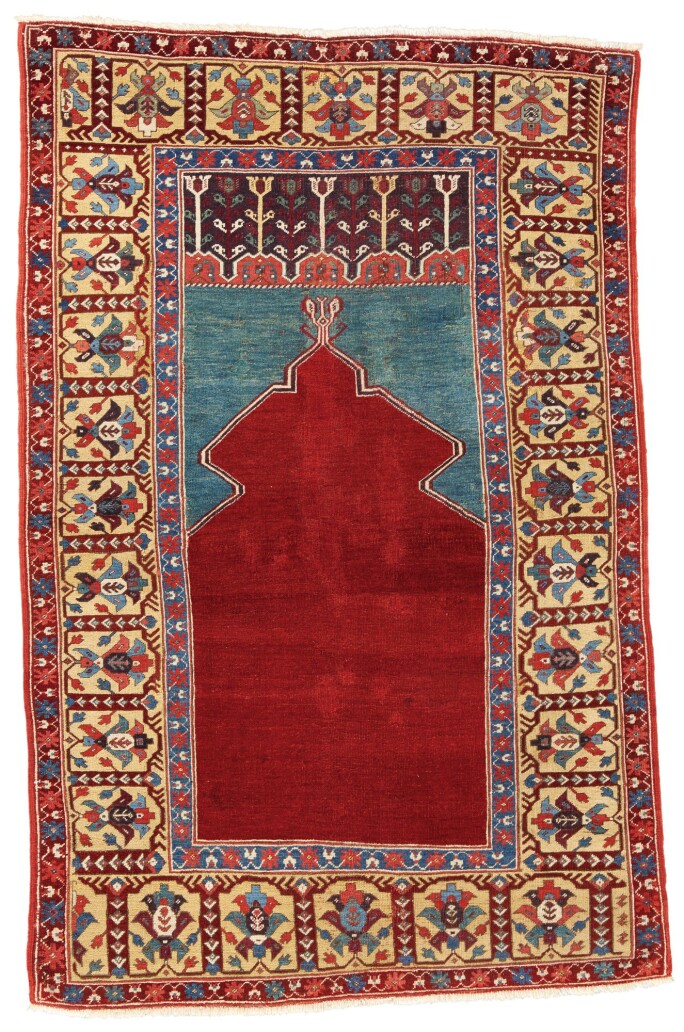 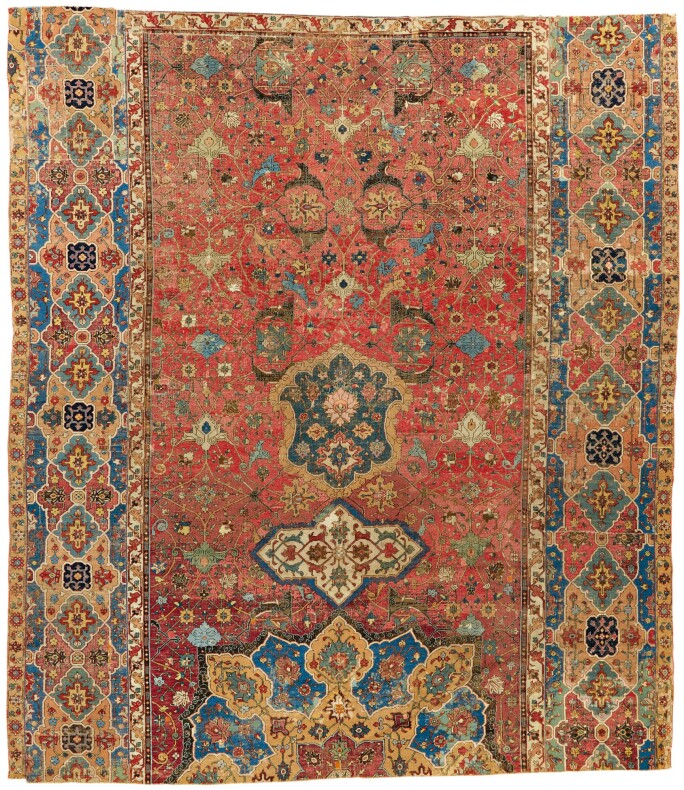 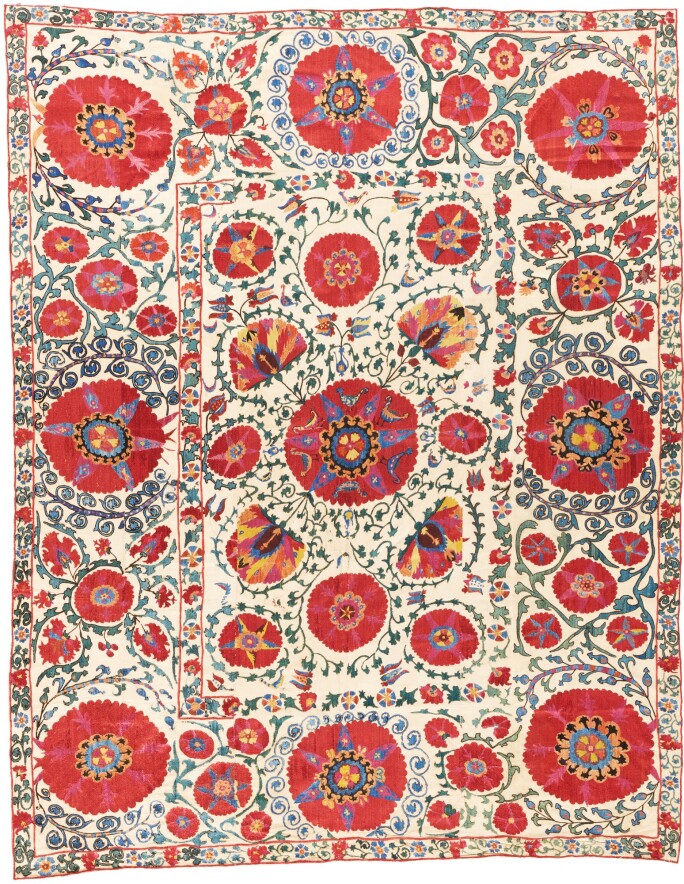 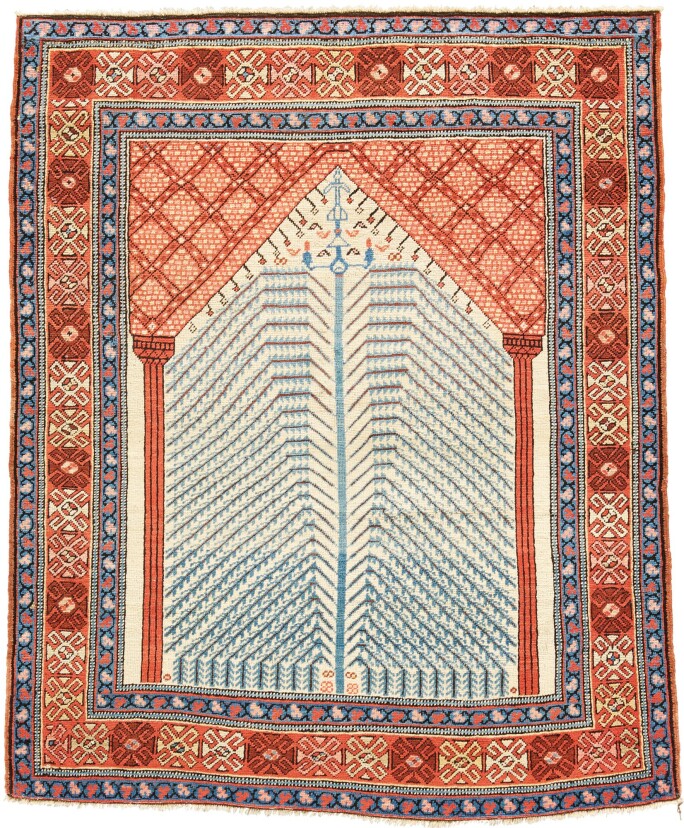 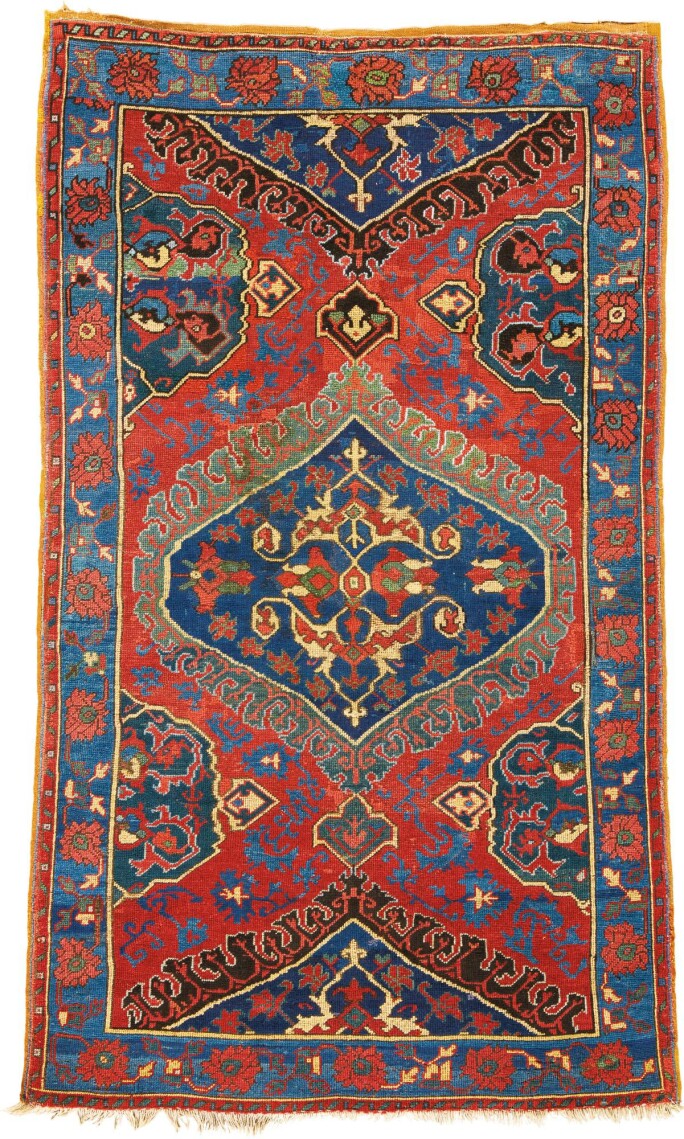 The Persian Pottery Pitcher Hidden from the Mongol Invasion

Discover the story behind this beautiful pottery pitcher from 12th-century Persia. Learn how it was hidden ahead of the Mongol invasion, discovered again in a major 1940s find and then entered the collection of the heir to the Crayola fortune.

With the advent of Islam in the 7th century, botany played an important symbolic role within the artistic output of the multiple lands that came under its influence. As figural motifs are avoided in a religious context, images of nature, evocative of the Qur’an’s description of paradise, inspired countless artists. Thus botany, whether realistic, stylised, abstracted or integrated into calligraphy, was used in a variety of creative fields in new and inventive ways. The following highlights demonstrate the diversity of botanic representations, whether as a gold palmette at the end of a Surah-heading on a Qur’an folio from the 9th century (lot 5) , or a reconstructed European 19th-century interpretation of an Iznik design by Theodore Deck (lot 227).

Sometimes, botanical designs are relegated to the fantastical borders of calligraphic pages (lot 31) and at other times, a simple flower, such as the narcissus, suddenly finds itself the main attraction (lot 60). The palm-tree, a symbol so evocative of the Middle East, is boldly depicted on a dish dating to the ninth century, yet also delicately featured on two Mamluk miniature candlesticks of the fourteenth century (lots 93 and 103). Flowers which came from the East, such as the lotus, were probably introduced to Muslim craftsmen with the Mongol invasion of Western Asia in the 13th century and found their way into Mamluk metalwork in Egypt (lot 99). The Ottomans held in high esteem four flowers in particular: the tulip, carnation, rose and hyacinth, which heavily feature on their textiles (lot 167). The Mughal rulers had access to European botanical sketchbooks and integrated these plants into their tent panels (lot 143). Motifs such as the ‘tree of life’ were also transmitted from classical models, and one appears in a strikingly abstract form on a rug (lot 314). 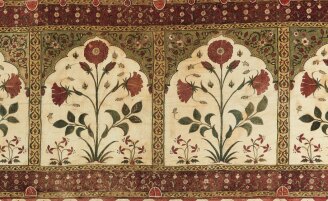