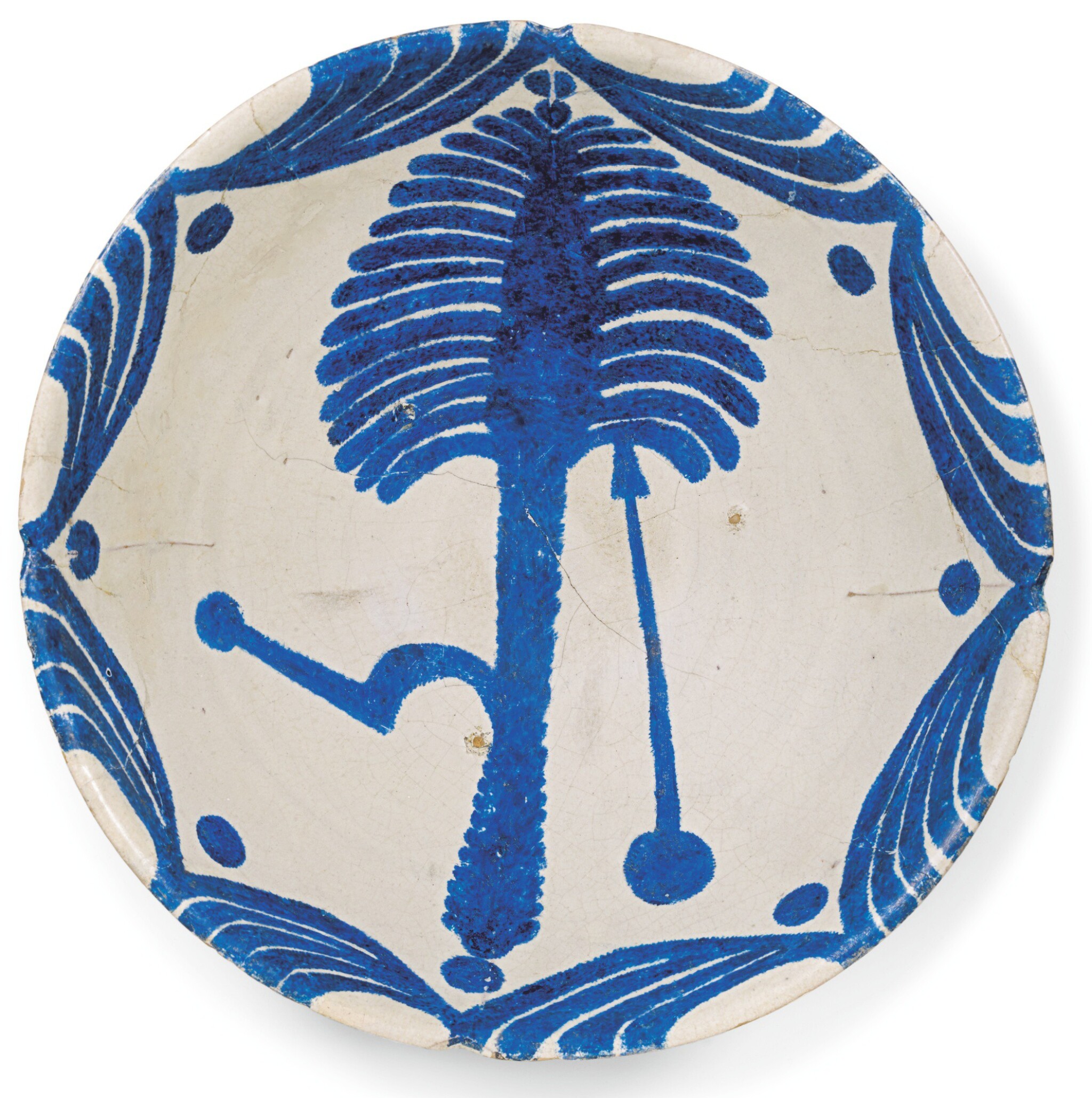 the earthenware body decorated in cobalt blue in an opacified tin glaze, with a central stylised palm tree and wave-like designs near rim on a short foot

Broken and restored with associated overpainting and some minor infill, four small grooves along edge and some minor chips to glaze, craquelure to glaze and hairline cracks visible, blue colour strong, as viewed.

Appearing for the first time in the late eighth or ninth century, Abbasid opaque white glazed pottery is believed to be direct evidence for Chinese imported porcelain. During a period when the Islamic world’s centre of power shifted from Syria to Mesopotamia following the demise of the Umayyad Caliphate, Iraqi potters who were working in a flourishing ceramic industry sought to emulate the luminous quality and hard body of Chinese whitewares by using a tin-opacified white glaze. As adherence to Chinese models grew weaker over time, the most striking innovations become evident in the decoration. Refined and elegant paintings in blue – as illustrated by the present bowl – are most characteristic of Iraq, where potters appear to have held a monopoly on cobalt blue. Painted onto the dry surface of the glaze before firing, the cobalt pigment was probably imported from Oman or the northern Hijaz in Saudi Arabia (Medley 1989, p.177).

Such designs often evince a striking aesthetic, remarkable for their restrained geometric patterns and simple floral flourishes, like the palm in the present work. A bowl of identical design can be found in the collection of the National Museum of Iran, Tehran (illustrated in Soustiel 1985, p.61, no.40). While itself a product of cross-cultural stylistic influence, Abbasid pottery represents the beginnings of a powerful artistic tradition that would spread across the Islamic world and eventually to Europe, where white glazed wares dominated fine-quality ceramic production for many centuries in the form of Hispano-Moresque, maiolica, faience and delftware (Watson 2004, p.171).