Works by Wangechi Mutu at Sotheby's 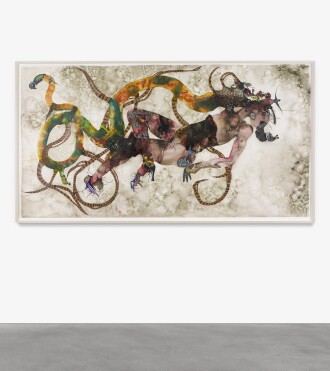 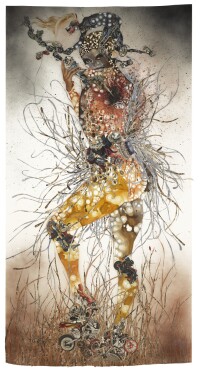 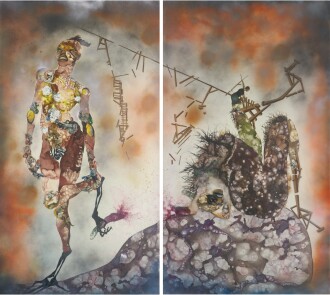 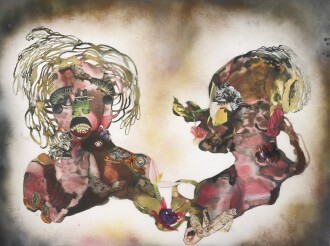 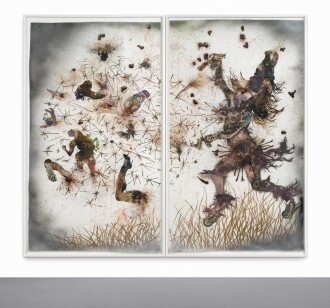 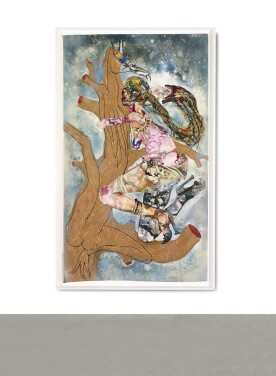 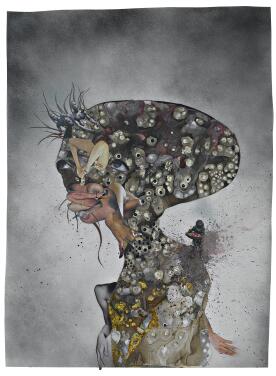 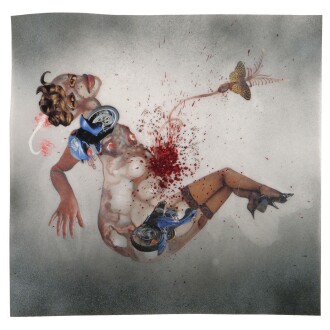 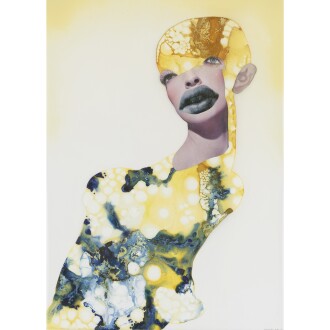 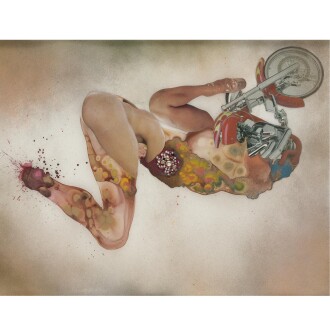 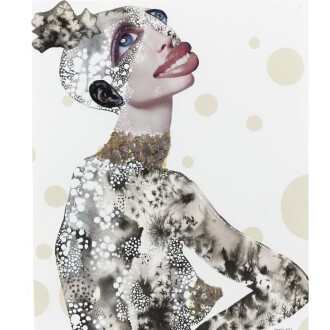 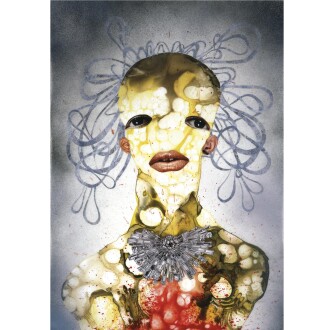 Contemporary artist Wangechi Mutu has become a paragon of international artistic production that challenges traditions of technique and material while investigating gender, race, collective trauma and identity. The young but prolific artist has captivated audiences with her dynamic, unflinching objects and installations.

Born in Nairobi in 1972, Mutu moved to New York in the 1990s where she studied anthropology at the New School, after which she completed her BFA at Cooper Union in 1996 and a Master’s degree in sculpture from the Yale School of Art in 2000. Mutu produces works in a broad range of media including video, performance, sculpture and collage, at times synthesizing multiple modes of production. Her installations often use images of the female form as a means to comment on representations of black women in contemporary society, particularly in the context of the commercialism of the United States and its wide spread effects in Africa. Mutu has collaborated with cultural figures including architect David Adjaye for their 2006 project Exhuming Gluttony: A Lover’s Requiem, an installation in an Upper East Side townhouse, as well as with recording artist Santigold for the artist’s first animated video The End of Eating Everything, in 2013, which was awarded the BlackStar Film Festival Audience Award for Favorite Experimental Film.

Mutu’s works have been exhibited at the San Francisco Museum of Modern Art; the Tate Modern, London; the Museum Kunstpalast, Düsseldorf; the Whitney Museum of American Art, New York; the Museum of Contemporary Art Chicago; the Centre Pompidou, Paris; and many other major institutions of modern and contemporary art. She was named the Deutsche Bank “Artist of the Year” in 2010, which included a solo exhibition at the Berlin Deutsche Guggenheim. She participated in the 5th Moscow Biennale of Contemporary Art in 2013, and the 2015 Venice Biennale and Paris Triennial. Her works have sold for increasingly higher prices; Throne and Insides Outgrow Outsides sold at Sotheby’s in 2018 for $50,000 and $57,500, respectively.

Museums with Works by Wangechi Mutu 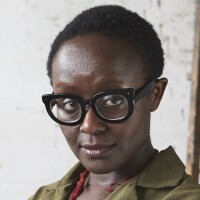 Type: artist
Category: Artist
Lynette Yiadom-Boakye
View Profile
Artist Image: 2015 Cynthia Edorh
Please note that prior performance of the indexes and realized returns contained herein does not guarantee future results. In addition, there is no guarantee that random collections of individual works of art or stocks will yield index returns. We are not financial advisors and we are not in the business of recommending art as an investment. We also have no comparative advantage in forecasting the future direction of the art market. Investment decisions should be based on the risk return tolerance and time horizon of the investor with, if desired, the support of a licensed financial advisor. This information is provided "as is" and with no representations or warranties either express or implied of accuracy, merchantability, fitness for a particular purpose or of any other nature are made with respect to this information or to any expressed views presented in this information.