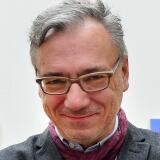 Works by Peter Halley at Sotheby's 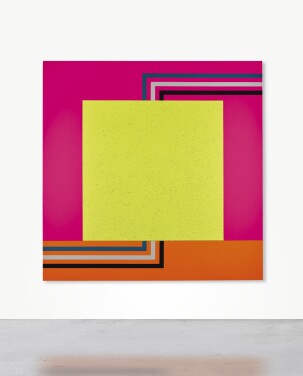 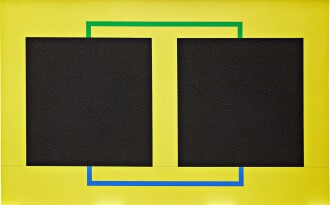 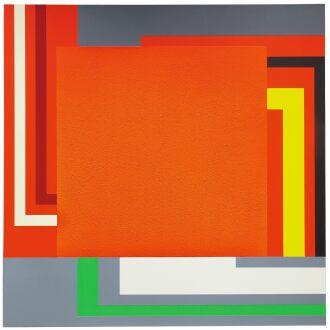 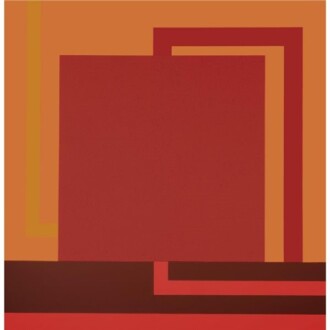 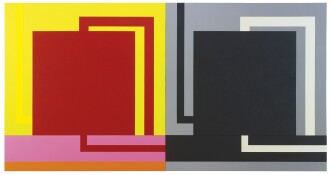 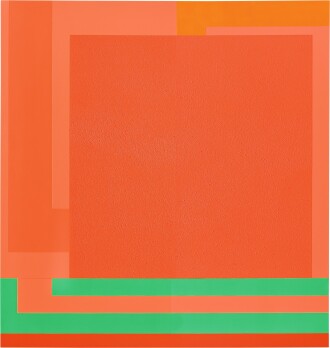 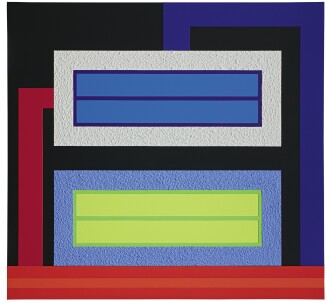 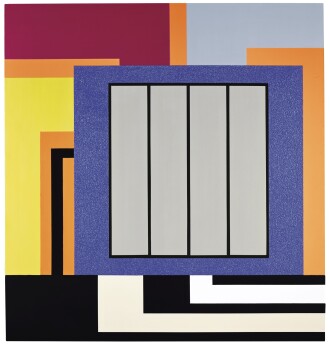 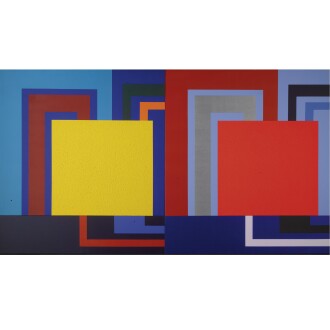 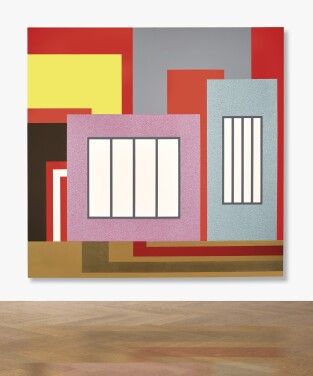 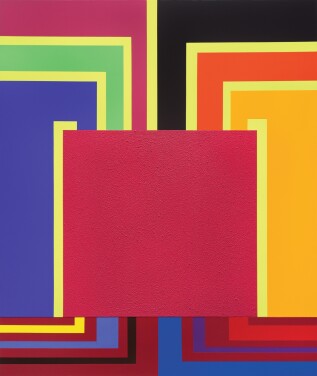 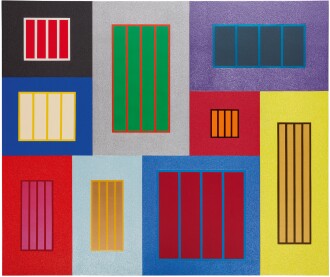 Peter Halley is a contemporary painter, writer, teacher and critic, and is largely recognized for his significant contributions to the Neo-Conceptualist movement of the 1980s – and namely his near florescent, geometrically structured paintings.

Born in 1953 in New York City, Halley completed his BA in art history at Yale University, New Haven, and, later, completed his MFA at the University of New Orleans. Following his graduate studies, he moved back to New York in the early 1980s, and was soon given a his first solo exhibition at PS122 Gallery. His early works included references to pop culture as well as broader social issues, but as his practice developed he began incorporating higher degrees of geometric abstraction as well as his signature use of Day-Glo paint. Halley’s mature work examined geometry through the synthesis of grid structures inspired by urban spaces with the imagined lattice networks of the digital landscape. Halley – along with other contemporaneous artists working within the scope of neo-conceptualism such as Sarah Charlesworth, Annette Lemieux and Jeff Koons – sought to simultaneously highlight and critique the roles that physical and technological powers play in an increasingly commodity-driven society. Ultimately, his oeuvre on a whole, including his paintings, sculptures and writings, profoundly impacted the development of American post-modern intellectualism.

Along with Bob Nickas, Halley co-founded Index magazine in 1996, which featured interviews with figures in the artistic fields, similar to Andy Warhol’s Interview magazine; the magazine was considered an important art publication throughout its run until its final issue in 2005. In addition to his painting and writing, Halley has had a significant teaching career at Columbia University, New York, the University of California, Los Angeles, and Yale University. Many of his works are installed in public spaces, including a forty-foot painting at the Dallas/Fort Worth International Airport and a five-floor permanent installation at the Gallatin School at New York University. His works can be found in the permanent collections of the Art Institute of Chicago, the Museum of Modern Art, New York, the Tate Modern, London, and many other major museums around the world.

Museums with Works by Peter Halley

Type: museum
Tate Modern
London
Type: museum
The Museum of Modern Art
New York, New York | New York
Type: museum
Art Institute of Chicago
Chicago, Illinois | Illinois
Artist Image: Credit: dpa picture alliance / Alamy Stock Photo
Please note that prior performance of the indexes and realized returns contained herein does not guarantee future results. In addition, there is no guarantee that random collections of individual works of art or stocks will yield index returns. We are not financial advisors and we are not in the business of recommending art as an investment. We also have no comparative advantage in forecasting the future direction of the art market. Investment decisions should be based on the risk return tolerance and time horizon of the investor with, if desired, the support of a licensed financial advisor. This information is provided "as is" and with no representations or warranties either express or implied of accuracy, merchantability, fitness for a particular purpose or of any other nature are made with respect to this information or to any expressed views presented in this information.