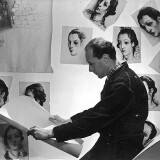 Works by Pavel Tchelitchew at Sotheby's 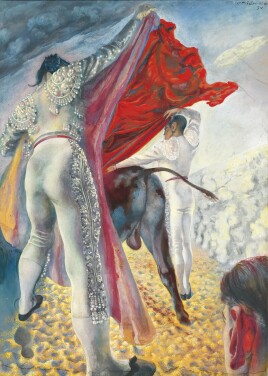 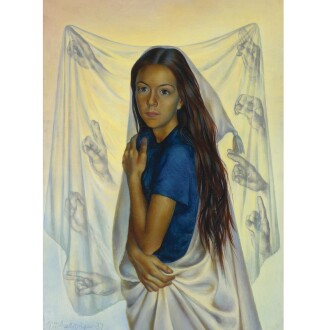 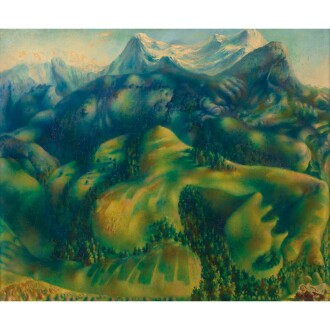 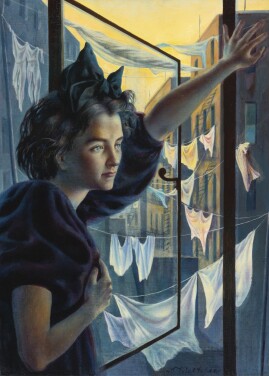 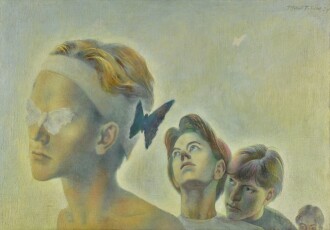 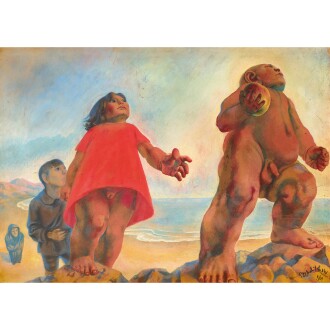 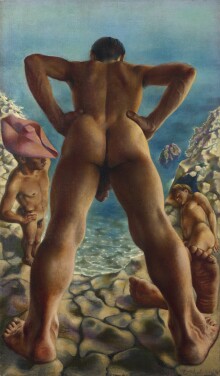 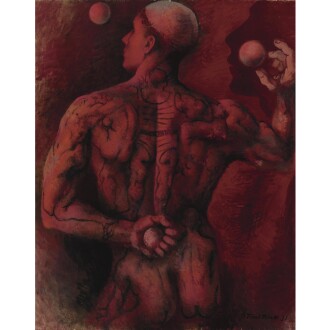 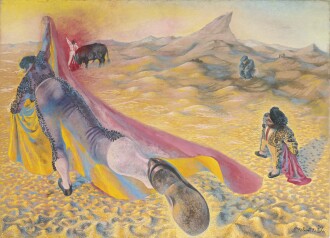 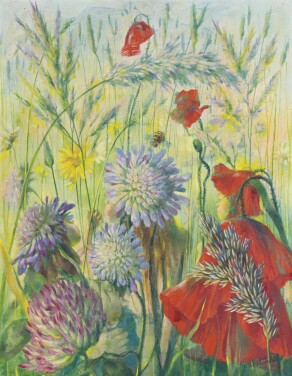 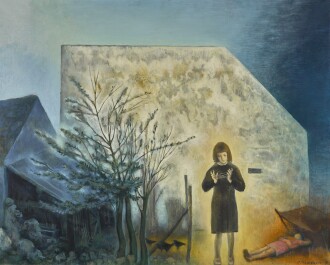 Born in Kaluga, Russia to a noble family of landowners in 1898, Tchelitchew received private tutelage before his family was forced to flee the Russian Revolution to Kiev in 1918, where he studied under Aleksandra Aleksandrovna Ekster, also known as Alexandra Exter, at the Kiev Academy. He produced stage sets in Kiev, Odessa, and Berlin, before moving to Paris in 1923, where he was welcomed by the center of intellectual discourse of the avant-garde, Gertrude Stein. His work developed Cubist and Surrealist tendencies, and he formed a small movement of artists known as the Neo Humanists, which included André Lanskoy, Christian Bérard and Eugene Berman. He collaborated with Sergei Diaghilev and George Balanchine, producing stage designs with increasing levels of fantasy and metaphysical forms. Moving to New York in the early 1930s, he produced illustrations for View magazine – which was spearheaded by Tchelitchew’s partner Charles Henri Ford – contributing to Surrealism’s debut in the United States. He became known for his portraits and paintings which he developed through a complex matrix of symbols and references to the aesthetics of circus culture, bullfighting or anatomical studies of muscular and neurological systems.

Tchelitchew became an American citizen in 1952, but continued to live an international lifestyle, spending much of his time in Italy, France and Germany. His work appeared in one of the Museum of Modern Art’s earliest exhibitions in 1930, along with Picasso, Matisse, Miro and Klee. His works can be found at the Museum of Modern Art in New York, the Art Institute of Chicago, the Philadelphia Museum of Art, the Courtauld Gallery in London and many other major museums around the world.

Type: slideshow
Category: Impressionist & Modern Art
10 Impressionist & Modern Artworks Under $10,000
Type: slideshow
Category: 20th Century Design
9 Design in Situ Highlights for the Contemporary Home
Type: story
Category: Russian Art
Russian Pictures and Russian Works of Art Highlights
Type: video
Category: Russian Art
The Man with the Rose Garland Tattoo
Type: story
Category: Russian Art
Pavel Tchelitchew: 7 Things You Need to Know
Type: slideshow
Category: European Sculpture & Works of Art
400 Years of Exceptional Erotic Art
Please note that prior performance of the indexes and realized returns contained herein does not guarantee future results. In addition, there is no guarantee that random collections of individual works of art or stocks will yield index returns. We are not financial advisors and we are not in the business of recommending art as an investment. We also have no comparative advantage in forecasting the future direction of the art market. Investment decisions should be based on the risk return tolerance and time horizon of the investor with, if desired, the support of a licensed financial advisor. This information is provided "as is" and with no representations or warranties either express or implied of accuracy, merchantability, fitness for a particular purpose or of any other nature are made with respect to this information or to any expressed views presented in this information.