Pavel Ovchinnikov carved his name into history as one of Russia’s most exceptional enamellers, credited with bringing into fashion once more the champlevé, cloisonné and plique-à-jour enamelling techniques and also with being ‘the first business to devote itself entirely to the manufacture of articles in Russian national style’ (A. von Solodkoff, Russian Gold and Silver, Trefoil Books, 1981, p. 201). This was a somewhat unexpected outcome, given his difficult start in life as a serf. Fortunately, in 1842 Ovchinnikov was sent by Prince Dmitry Volkonsky to study as an apprentice in the Moscow jewellery shop of his brother Andrei. Here, Ovchinnikov worked hard to make a name for himself and develop his skills as a craftsman. Eventually, in 1850, he was freed from serfdom and married. Using his wife Marfa’s dowry of a thousand roubles, Ovchinnikov bought Andrei’s workshop, set it up as his own, and opened a factory in Taganka. By 1855, his workforce consisted of six hundred craftsmen and apprentices. He later also opened a factory and shops in St Petersburg at 35 - and later 29 - Bolshaya Morskaya (1873, and then 1900).

The skill and speed with which Ovchinnikov worked was well known, and he soon gained popularity amongst Europe’s royal families, becoming the official supplier for Alexander III of Russia, Vittorio Emmanuele II of Italy and Christian IX of Denmark. Ovchinnikov is especially well known for his efforts to educate his work force. In 1871, he founded a specialist school for trainee gold- and silversmiths, where they could study not just their craft but also traditional school subjects.

Ovchinnikov’s notable achievements and awards include the Légion d’Honneur (1867), the Order of the Iron Crown (1973), and serving in the Moscow City Duma (1876-1888). He exhibited his work for the first time in 1865 in Moscow. From this work, Ovchinnikov continued to exhibit internationally, including in Paris, Vienna and Copenhagen, as well as in Russia in Moscow, St Petersburg, Samara, Saratov and Salekhard. Ovchinnikov’s firm also received the imperial warrant in 1883.

Upon Ovchinnikov’s death in 1888, his sons Alexander, Nikolai, Pavel and Mikhail took over his workshop and continued to work until the Russian Revolution. 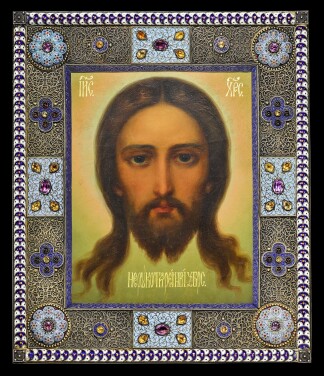 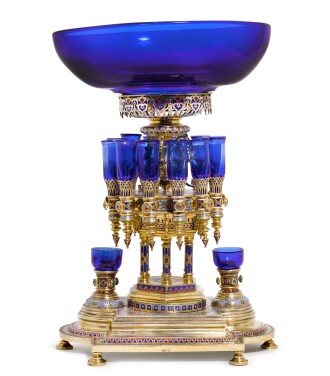 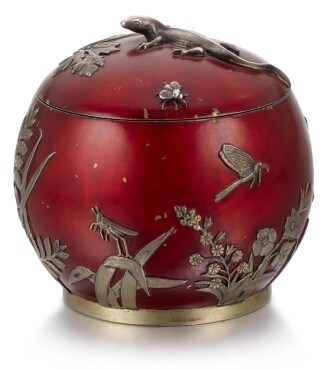 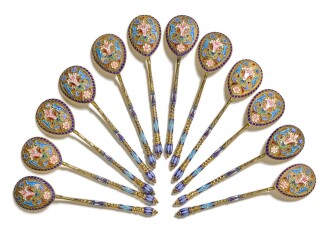 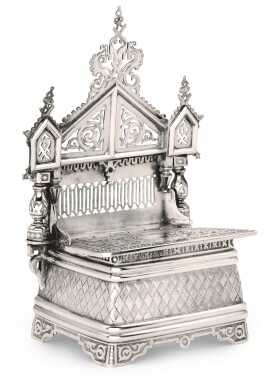 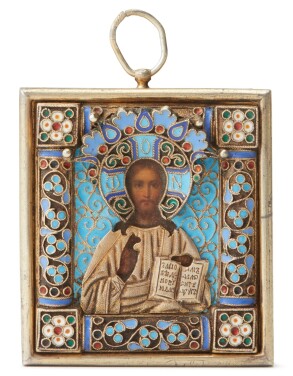 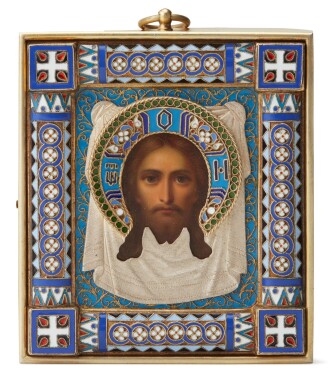 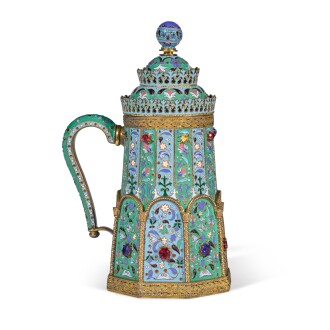 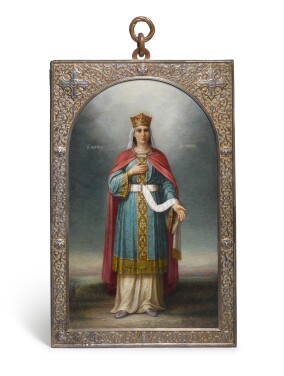 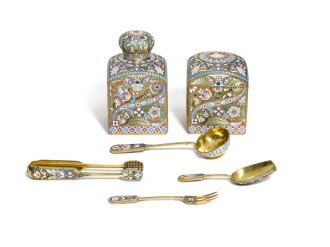 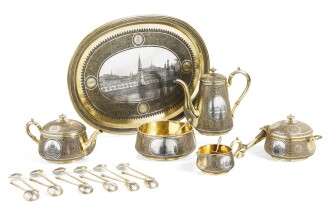 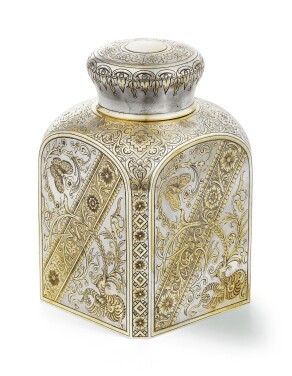 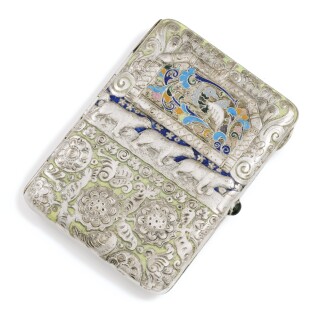 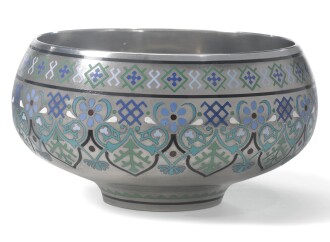 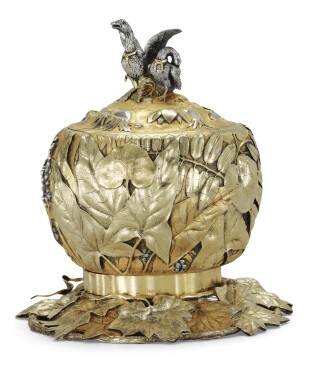 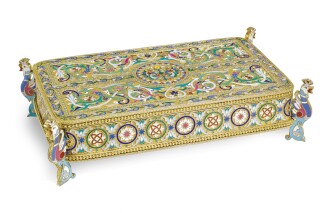 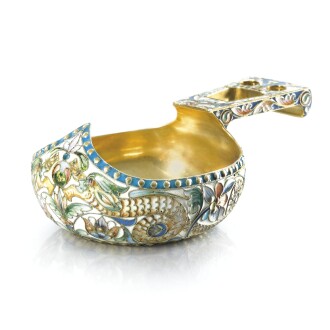 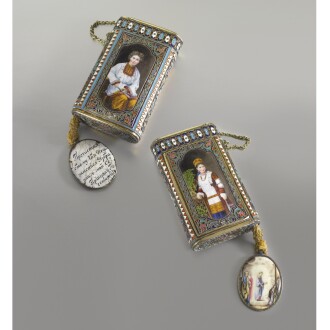 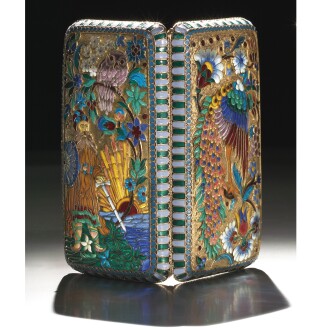 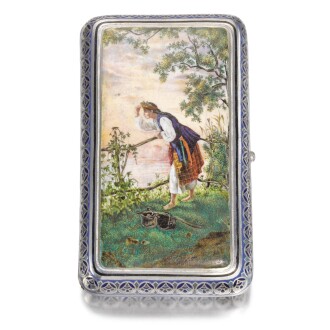 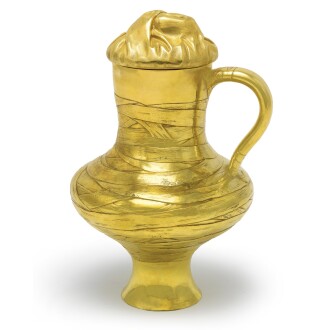 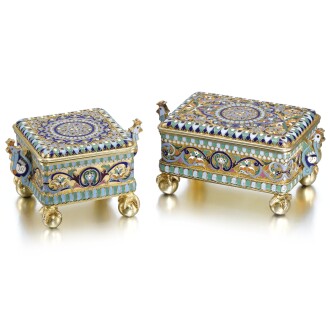 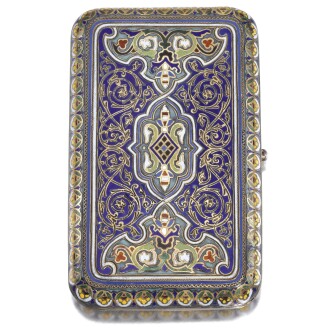 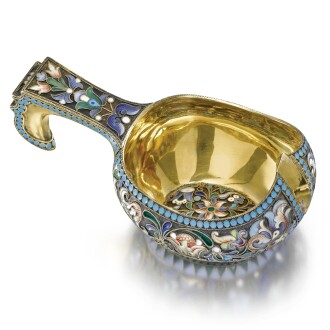