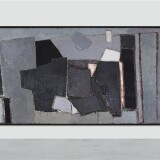 Nicolas de Staël is arguably one of the most famous and influential artists of the 20th century. Born in Saint Petersburg on 5 January 1914, he was forced, along with his family, to emigrate to Poland because of the Russian Revolution. After the death of his father and stepmother in 1919, he and his sisters were sent to a family in Brussels.

At the age of 19, he studied art at the Académie Royale des Beaux-Arts of Bruxelles and then discovered abstract painting with Madeleine Haupert in Paris.

During the 30’s, he travelled through Europe and North Africa. Nicolas de Staël met Jeannine Guillou in 1937 in Morocco. His works are recognizable thanks to their impasto inspired by landscapes. His first abstract paintings are inspired by Jean Arp, Robert and Sonia Delaunay which he met in 1941 in Nice. For him : “All my life I have needed to think painting, to see paintings, to make paintings to help myself live, to free myself from all impressions, all the sensations, all the anxieties to which I have never found any other remedy than painting.” (Nicolas de Staël, “Artist’s statement” in Nicolas de Staël exh. cat., Knoedler and Co, New York, 1953)

His first solo exhibition took place in 1944 at the Galerie l’Esquisse and the following year at the Galerie Jeanne Bucher.
In 1949, one of his works was acquired by the National Museum of Modern Art. He exhibited for the first time in the United States in 1950.

During the 50’s, his palette was composed of blue, grey and black and from 1952, his compositions became more colourful. He was passionate by the football match between France and Sweden in Paris at the Parc des Princes and he produced thematic paintings about football with colors echoing the blue, white and red of the French flag. His palette became brighter, bringing a renewed intensity to his work.

In the last years of his life, in 1953-1954, de Staël spent 15 months in Provence, notably in the Lavandou. His paintings from this period convey the atmosphere of the landscapes and the South’s warmth. The cobalt blue recalls the Mediterranean Sea, the lemon yellow recalls the luminosity of the summer. The thickness of the matter has been replaced by the vibration of color. His creativity was also inspired by his last trip to Italy. His palette is enlivened by bright and warms colors: yellow, red, orange. Moreover, Nicolas de Staël saw the exhibition devoted to Matisse’s cut-outs and after that he started to do paper cut-outs himself.

In 1955, despite his growing success, he committed suicide at the age of 41 years old. His work still has a strong impact on European art in the area of non-figurative painting and his art transcends boundaries between the abstract and figurative paintings. 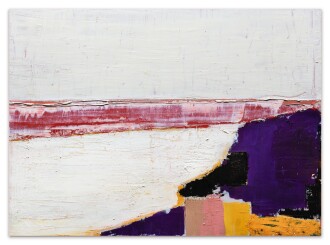 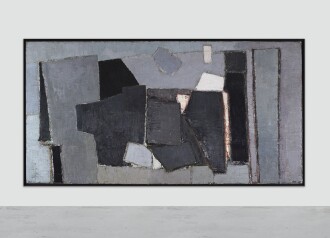 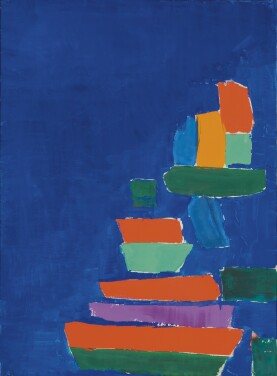 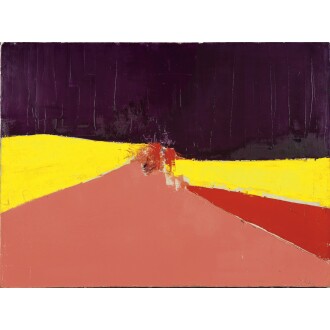 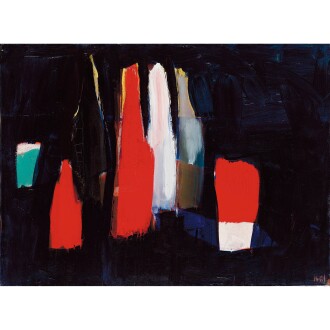