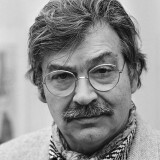 Works by Karel Appel at Sotheby's 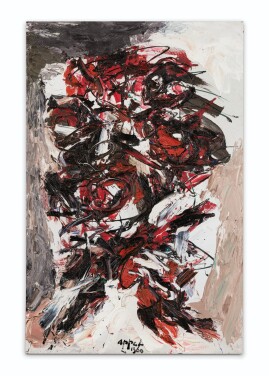 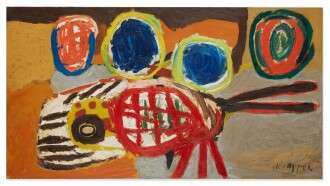 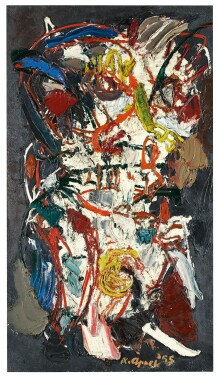 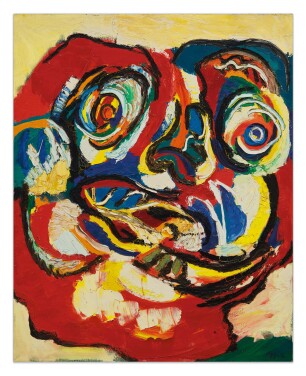 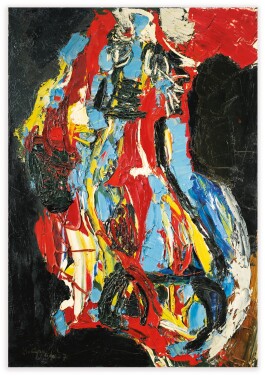 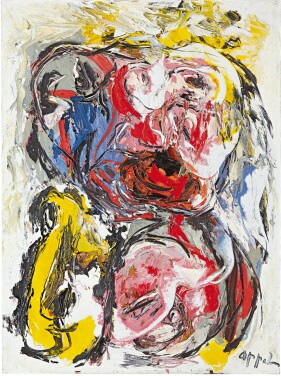 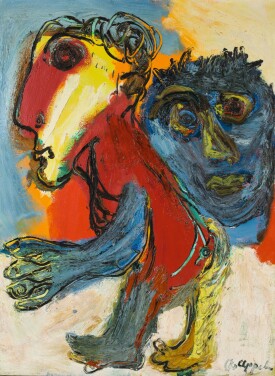 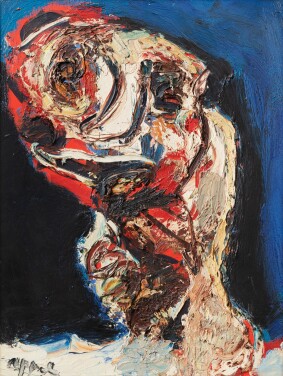 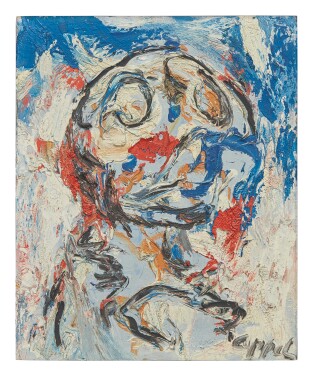 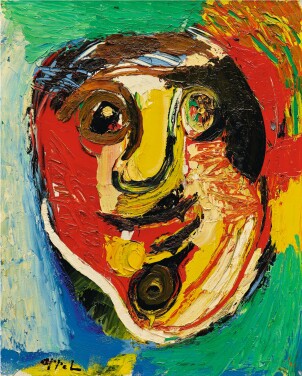 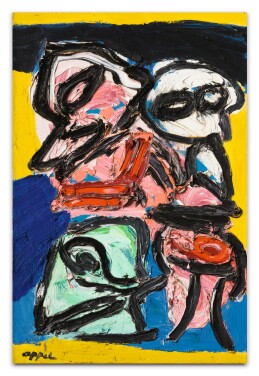 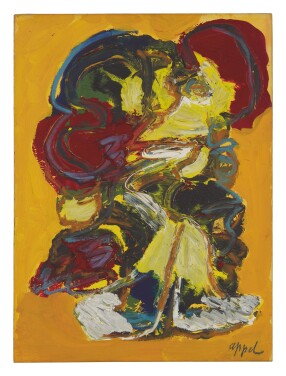 Drawing inspiration from folk art and children's doodles and rejecting all formal theories and strictures of style, Karel Appel once remarked, "I paint like a barbarian in this barbarous time." An Amsterdam native, Appel found kindred spirits in Copenhagen and Brussels and together they founded CoBrA, issuing a manifesto extolling the virtues of collaboration and experimentation and exhibiting their vibrant, impetuous abstractions in several groundbreaking shows throughout the European continent.

Karel Appel was born on April 25, 1921 in Amsterdam. At the age of fourteen, Appel made his first painting, and the following year his uncle gifted him a paint set and easel. Beginning in 1940, Appel studied at the Rijksakademie van Beelende Kunsten, while hiding from the Gestapo to avoid being impressed into service manufacturing weapons. In 1948, Appel co-founded CoBrA, a short-lived but potent avant-garde movement that positioned itself in opposition to unfeeling abstraction and abstruse Surrealism; other participants would include Pierre Alechinsky and Pol Bury. After the group's disbanding in 1951, Appel traveled extensively in the United States, Yugoslavia, Italy, and Brazil. In 1954, he mounted his first gallery show in the U.S., and the following year one of his paintings was included in the landmark exhibition The New Decade at New York's Museum of Modern Art, which also introduced American audiences to the work of Francis Bacon and Jean Dubuffet. Appel's practice expanded to embrace sculpture, screen printing, stained glass and poetry, and continued until shortly before his death in Zürich on May 3, 2006.

Appel's works are represented in the collections of numerous major museums, including the Rijksmuseum in Amsterdam, the Aboa Vetus & Ars Nova in Turku, Finland, and the Phillips Collection in Washington D.C.