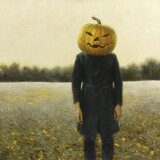 Works by Jamie Wyeth at Sotheby's 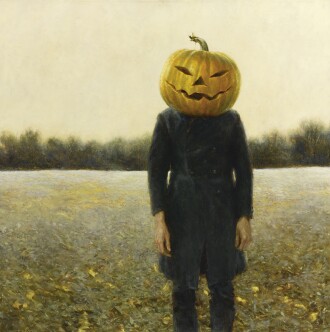 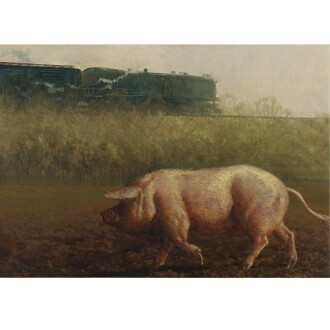 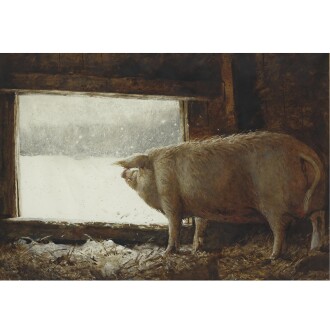 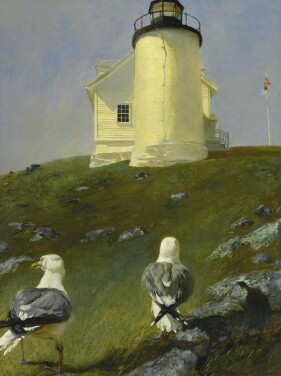 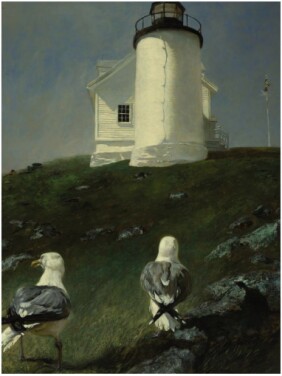 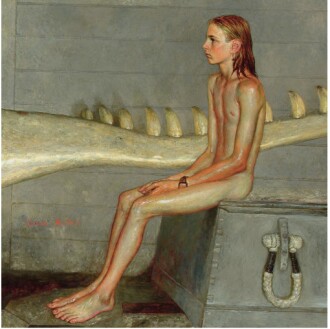 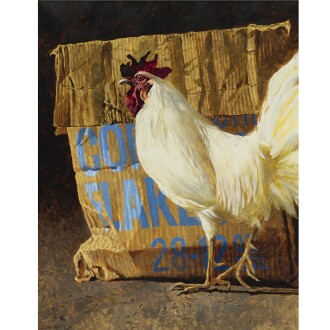 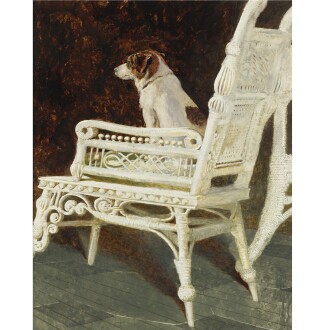 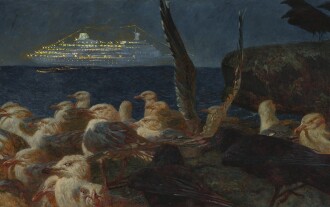 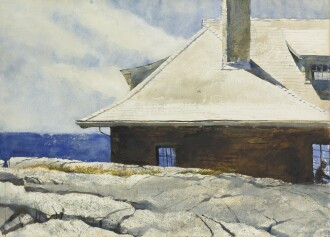 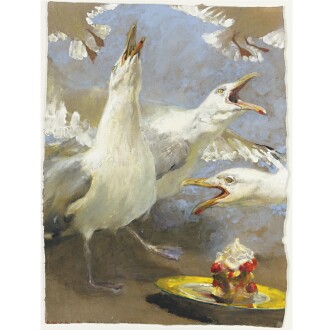 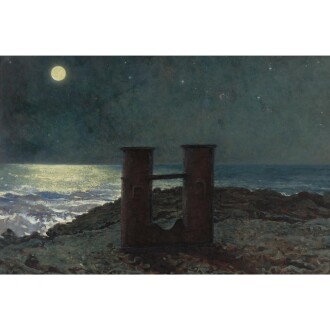 Contemporary realist painter Jamie Wyeth is best known for his depictions of wild and domestic animals, in addition to landscapes and portraits. An accomplished technical painter, Wyeth brings a lush tactility to his oil, watercolor, and mixed media work. The son of Andrew Wyeth and grandson of N.C. Wyeth, he is heir to the rich artistic traditions of the Brandywine School; much of his oeuvre is dedicated to documenting the landscapes, people and animals of the Brandywine River area of Delaware and Pennsylvania.

James “Jamie” Browning Wyeth was born in Wilmington, Delaware in 1946, and was raised in Chadds Ford, Pennsylvania. He began his artistic training in the studio of his aunt, Carolyn Wyeth. As a teenager, he continued to paint with his father, absorbing his influence while also experimenting with a broader, more vivid palette. At the age of 20, Wyeth was commissioned to paint a posthumous Portrait of John F. Kennedy (1967); it has since become one of the most famous depictions of the former President. In the 1970s, Wyeth continued to paint high-profile subjects, including striking portraits of Andy Warhol and Rudolf Nureyev. Beyond portraiture, Wyeth mainly focuses on the people, animals and landscapes of Pennsylvania and Maine, where he divides his time to this day.

Type: video
Category: A Life Less Ordinary
Bo Bartlett on Painting the Modern American Life
Type: featured
Category: A Life Less Ordinary
Wake Up to Life with Bo Bartlett
Type: featured
Category: American Art
Form as Foundation | Bo Bartlett
Type: video
Category: Expert Voices
Modernity and Patriotism In Childe Hassam's Iconic Flag Paintings
Type: featured
Category: Contemporary Art
American Visionary: The Collection of Mrs. John L. Marion
Type: story
Category: American Art
The Enduring Delight of Ludwig Bemelmans's 'Madeline'
Please note that prior performance of the indexes and realized returns contained herein does not guarantee future results. In addition, there is no guarantee that random collections of individual works of art or stocks will yield index returns. We are not financial advisors and we are not in the business of recommending art as an investment. We also have no comparative advantage in forecasting the future direction of the art market. Investment decisions should be based on the risk return tolerance and time horizon of the investor with, if desired, the support of a licensed financial advisor. This information is provided "as is" and with no representations or warranties either express or implied of accuracy, merchantability, fitness for a particular purpose or of any other nature are made with respect to this information or to any expressed views presented in this information.